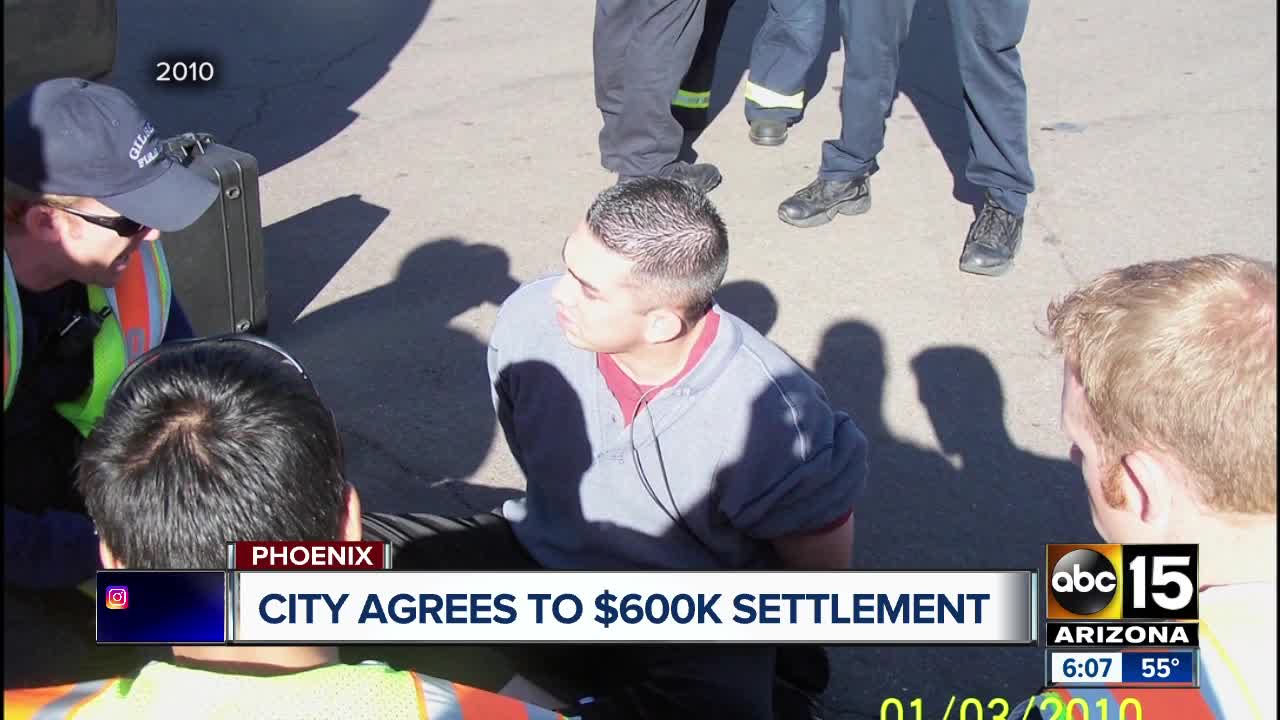 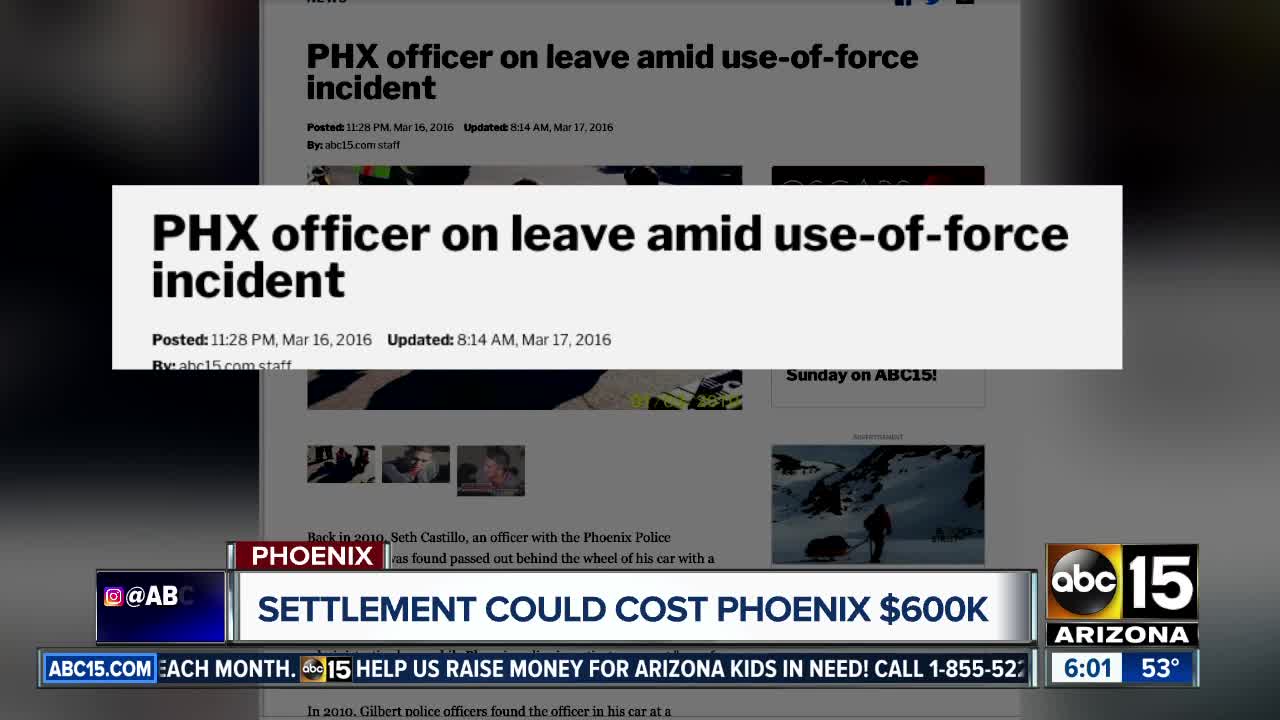 PHOENIX, AZ — On Wednesday, the Phoenix City Council voted to spend $600,000 to settle a case where a woman claims a police officer hit her with his vehicle.

In the lawsuit, Lilia Alvarado claims Seth Castillo struck her in the crosswalk near 15th Avenue and Indian School Road in November of 2016.

The suit claims Alvarado suffered injuries including a fractured hip, ribs and ruptured spleen, among other injuries.

ABC15 has confirmed the officer involved is the same person involved in other incidents that made headlines in the past.

Officer Castillo was placed on administrative leave as Phoenix police investigated a "use-of-force" incident back in 2016.

Castillo was also arrested for DUI in 2010 during a contentious altercation with Gilbert police, who say Castillo was passed out in a car, drunk and refused to cooperate. Castillo was tased by police during the incident.

According to Phoenix police, Officer Castillo served a 16-hour suspension for the 2010 incident in Gilbert

As for the collision at 15th Avenue and Indian School Road, police say an internal investigation revealed Castillo receive discipline for not wearing a seatbelt.

On Tuesday, both the City of Phoenix and Phoenix police declined comment on the $600,000 settlement.

However, Phoenix Police did confirm Officer Castillo is still with the department, assigned to the Neighborhood Enforcement Team.