Who is DACA? Meet 10 Arizonan recipients 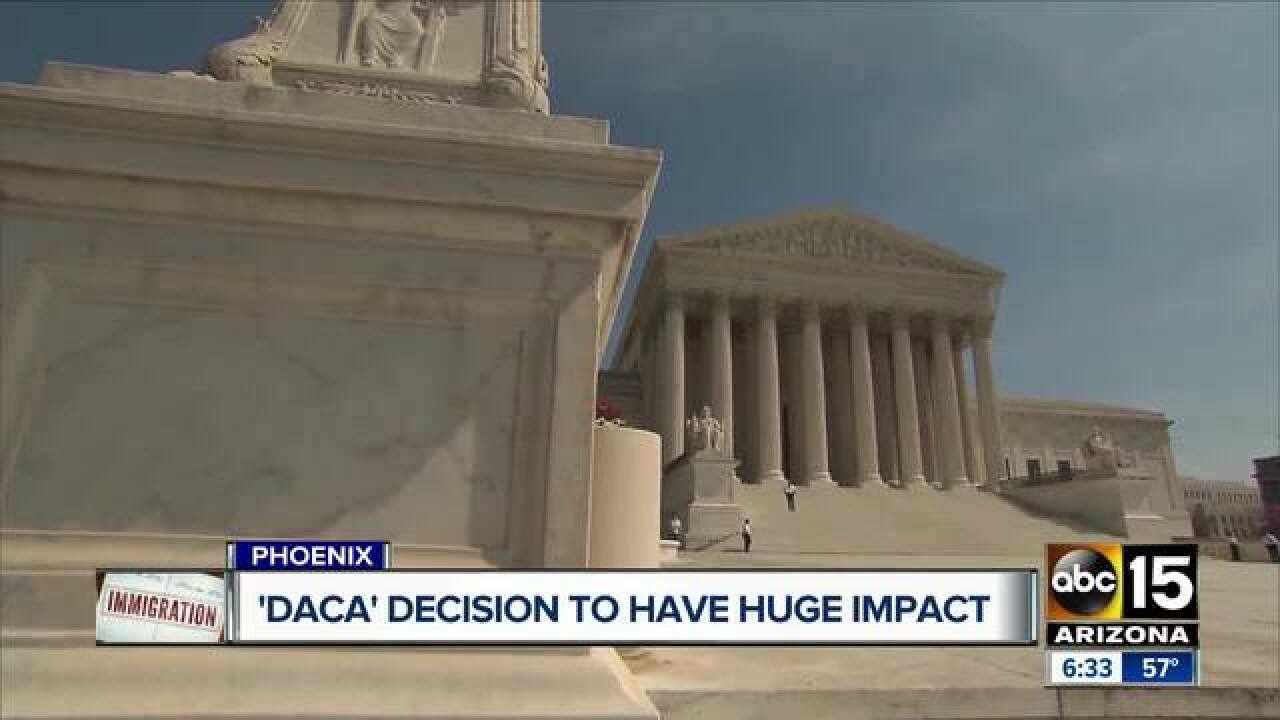 America's immigration policy has a profound impact on homes, schools and offices in Arizona, as many young immigrants wait to see if they will be stripped of their jobs and subject to deportation.

This week, ABC15 profiled 10 of the 25,620 people in Arizona who are protected under a program called Deferred Action for Childhood Arrivals. DACA recipients are people who were illegally brought to the United States as children and are now permitted to work and live in the country temporarily. They must renew their status every two years.

RELATED: Photos of some of the faces of DACA in Arizona

As an undocumented immigrant, she went to work cleaning houses after high school. When she qualified for DACA, Perez was hired as an aide to Phoenix City Councilwoman Kate Gallego. Perez now serves as finance director for Gallego's mayoral campaign.

"I may not have citizenship on paper, but I am an American," Perez said.

Trying to alleviate Arizona's teacher shortage, 23-year-old ASU student Diana Rodriguez is eager to start her career in the classroom this fall. She wants to give back after her experience as a young undocumented immigrant.

"Back when I was nine years old, I was brought into this country, and I learned English," Rodriguez said. "I learned very fast because of a very, very caring teacher that I had back then." Tony Valdovinos, 27, owns La Machine, a political consulting firm.

He says the creation of DACA in 2012 was a "game changer" because "we were safe as undocumented students."

As part of his immigration reforms, President Donald Trump tried to stop all DACA renewals as of March 5, but federal courts have intervened. The Supreme Court refused to hear the case this week, allowing lower court rulings to stand. According to the federal Immigration and Citizenship website, officials will continue to process DACA renewal applications. However, first-time applications are not being accepted.

Sen. Jeff Flake, R-Arizona, is sponsoring a bill to officially extend DACA for three more years, in exchange for funding Trump's border wall project. Several prior attempts to ensure DACA's future or a path to citizenship have failed in Congress.

"The financial contributions, the social contributions that individuals with DACA have made are tremendous, and it would be a shame - and such a loss - if we don't do anything about it at the national level," said immigration attorney Daniel A. Rodriguez, a former DACA recipient.

Karina Ruiz, president of the Arizona DREAM Act Coalition, is traveling to Capitol Hill this week to "keep the urgency up and keep the pressure." Ruiz is married and has three children, all U.S. citizens.

"My biggest fear is that I could be deported and separated from my children," Ruiz said.

Many DACA recipients feel uneasy as they watch developments in Washington, D.C. "It's a lot more terror," said Carlos Yanez, 18, who wants to become a doctor, about the possibility of DACA ending.

"That's my whole dream gone literally in an instant."