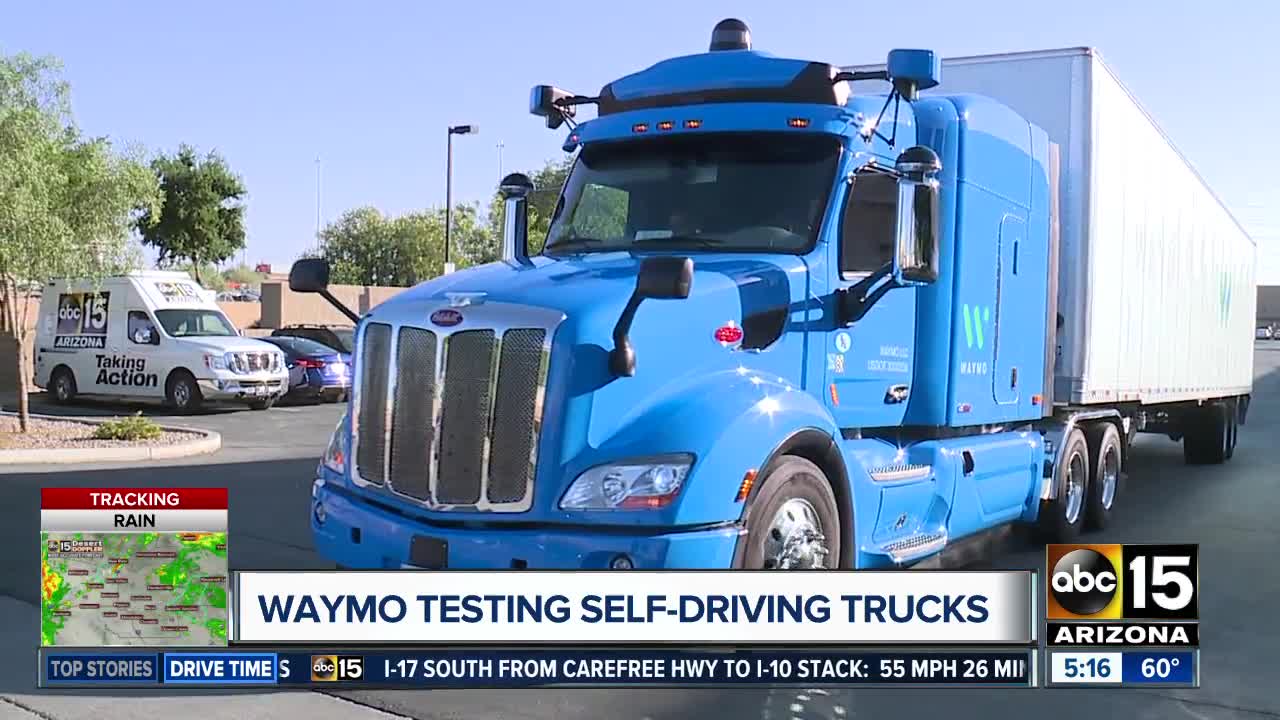 Self-driving technology company Waymo is testing out self-driving semi-trucks in Phoenix. The trucks are currently on roads in metro Phoenix and on I-10 between the city and Tucson. 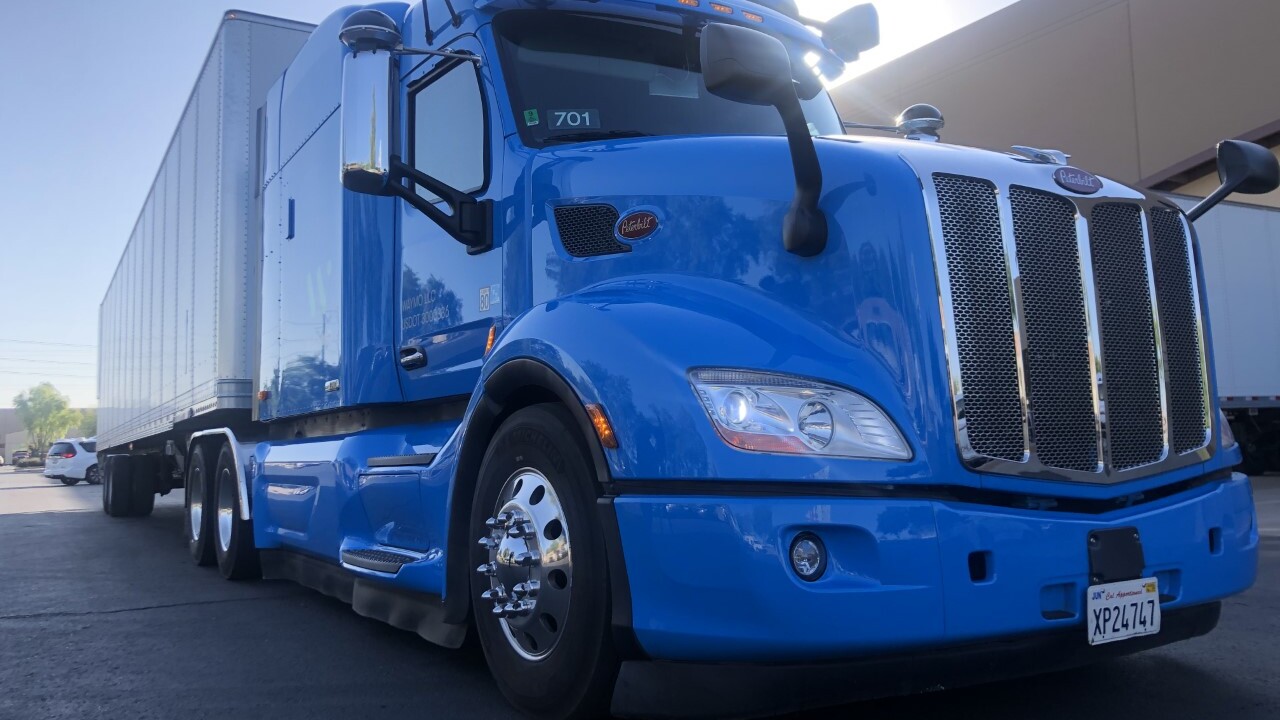 PHOENIX — Self-driving technology company Waymo is testing out self-driving semi-trucks in Phoenix. The trucks are currently on roads in metro Phoenix and on I-10 between the city and Tucson.

Matt Carroll is a project manager at Waymo. He said fully loaded, the trucks can weigh up to 80,000 pounds and can be 75 feet long.

Waymo started testing the trucks in 2017. They've been tested in Georgia, California and Arizona. Leaders say they plan to expand to additional routes in Phoenix over time.

The technology in the trucks is similar to that used in Waymo's ride-hailing vans that currently operate as self-driving vehicles in Chandler and parts of Phoenix.

"We're building a driver that can be used in a number of different applications. From ride-hailing to trucks to delivery to logistics," said Carroll.

Right now, there are always two people in the truck monitoring the system. The goal is to have a driverless fleet.

"This truck never gets distracted and it's able to see what's going on in all directions around us continuously," said Carroll.

There are several sensors on the truck: Cameras, liDARs and radars.

The camera on the top and center gives a 360-degree view.

"Cameras are great because they can see far and also see a lot of detail," said Carroll.

"We're able to build a 3-D image of what's happening around us with high accuracy," said Carroll.

Radars measure distance and speed and work well in poor weather, as well.

Carroll said the system in the trucks are a little different from those in the self-driving vans.

"These trucks are heavier so they take longer to brake they need to drive differently, sometimes they need to go to adjacent lanes. So we need to sense what's going on around us and react sooner," said Carroll.

Carroll said Waymo is in the very early stages of testing.