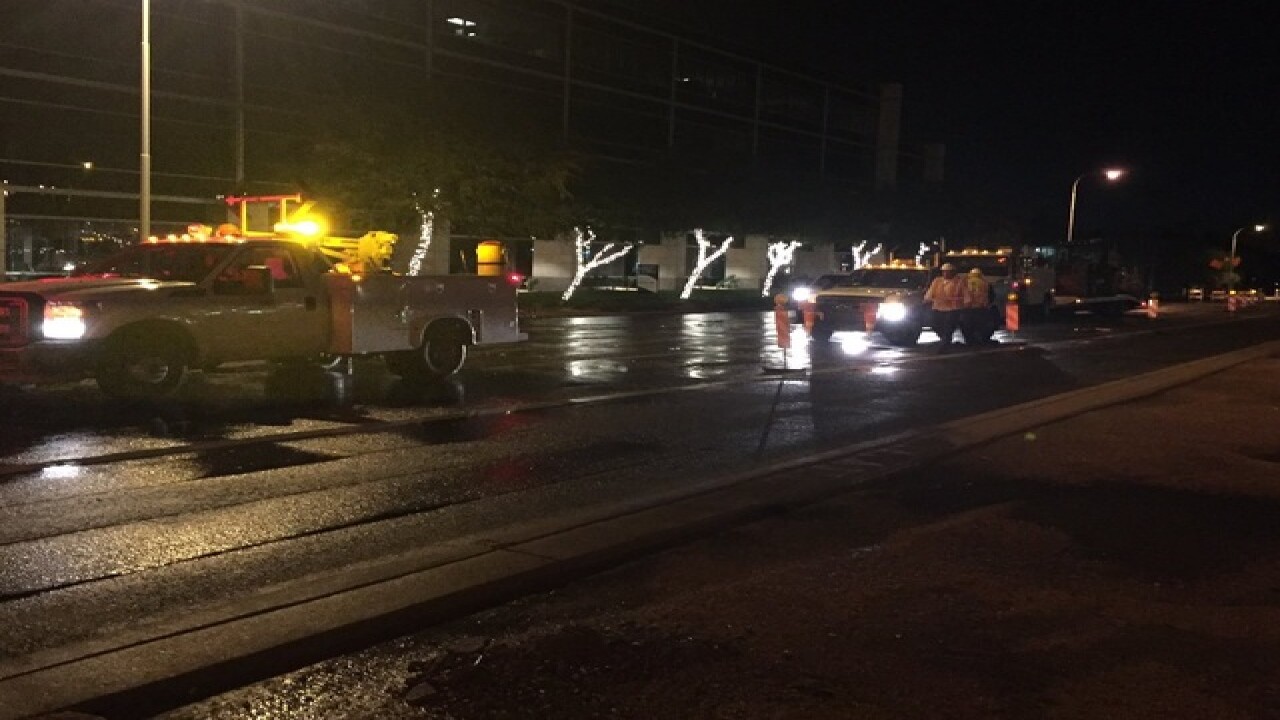 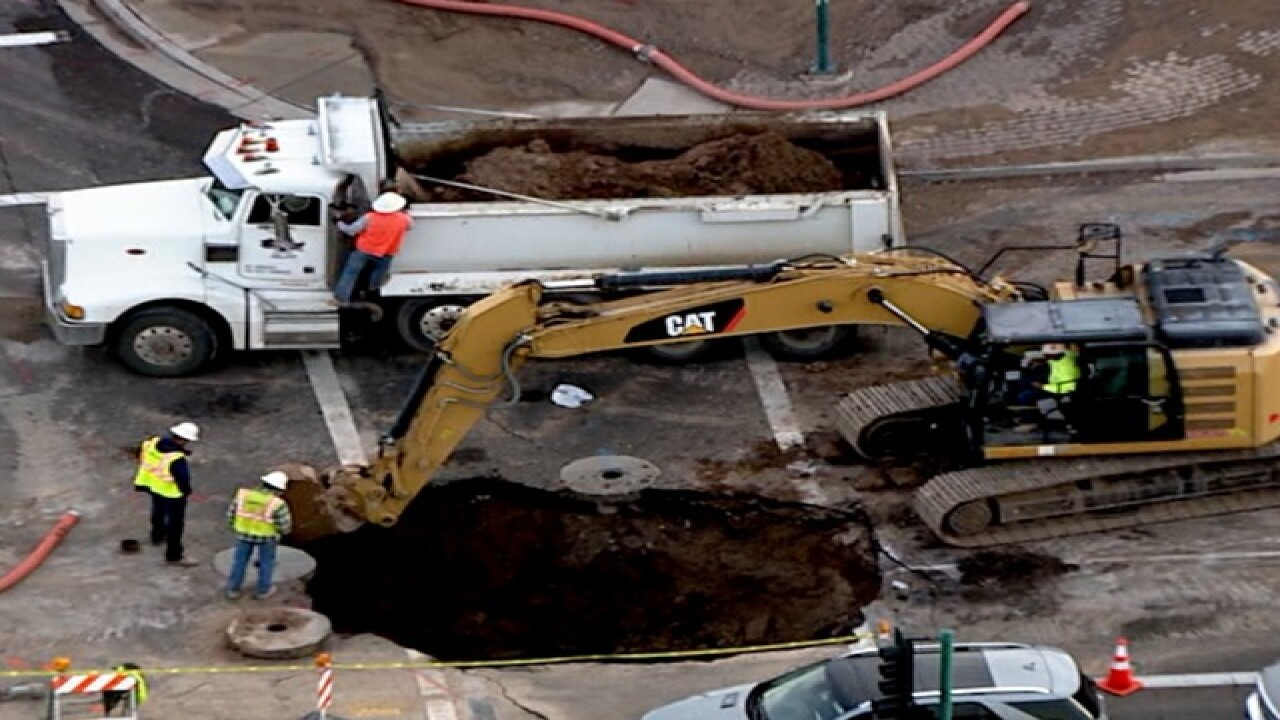 Right at the intersection - water main break backing up traffic on Camelback - view from Air15. Live chopper report at 5 and 6 @abc15 pic.twitter.com/HBYY9LShLV

According to the City of Phoenix Water Department, an 18-inch water main break occurred in the area early Tuesday morning.

Air15 over a BIG water main break on Camelback Rd/32nd St as crews try to fix and clean up the mess. #abc15 pic.twitter.com/WIYEhYfb0d

The curb lane on 32nd Street and Camelback Road is closed; eastbound traffic on Camelback Road from 28th to 32nd streets has been restricted to just one lane.

Look at the headlights... HUGE backup from that watermain break on Camelback at 32nd street. Live report from Air15 at 6pm - @abc15 pic.twitter.com/Dr3IprLnMu