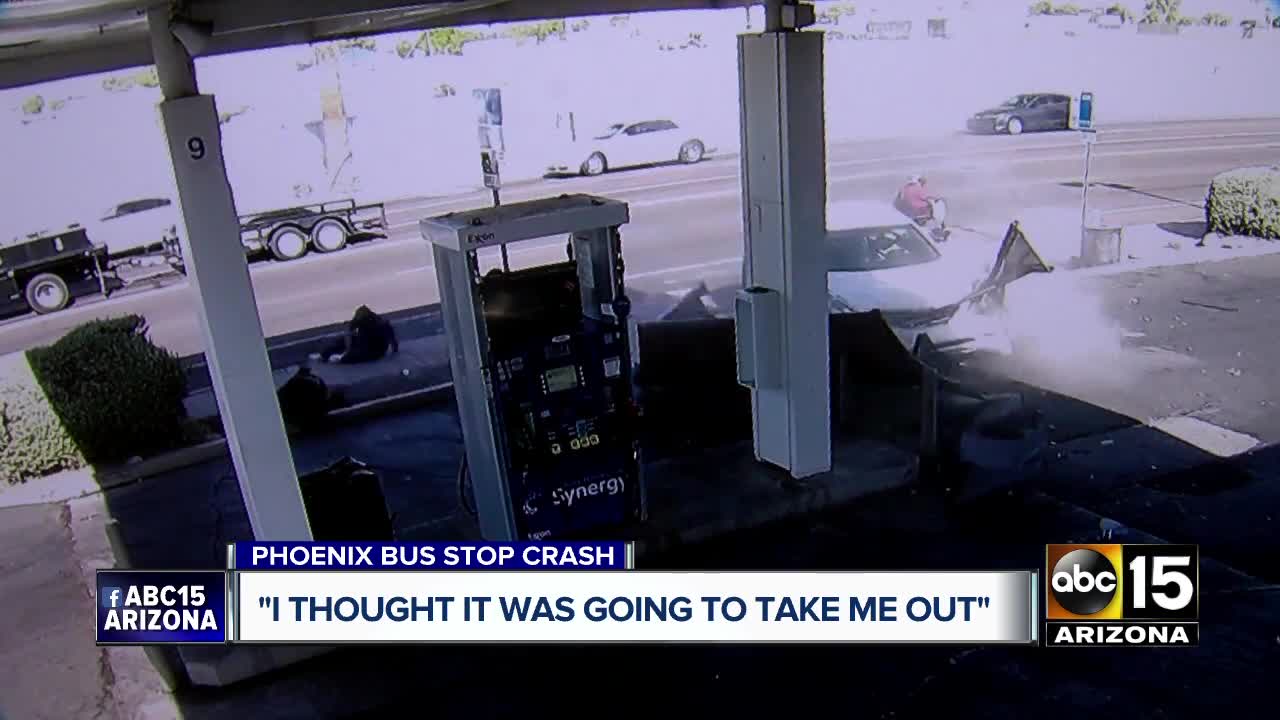 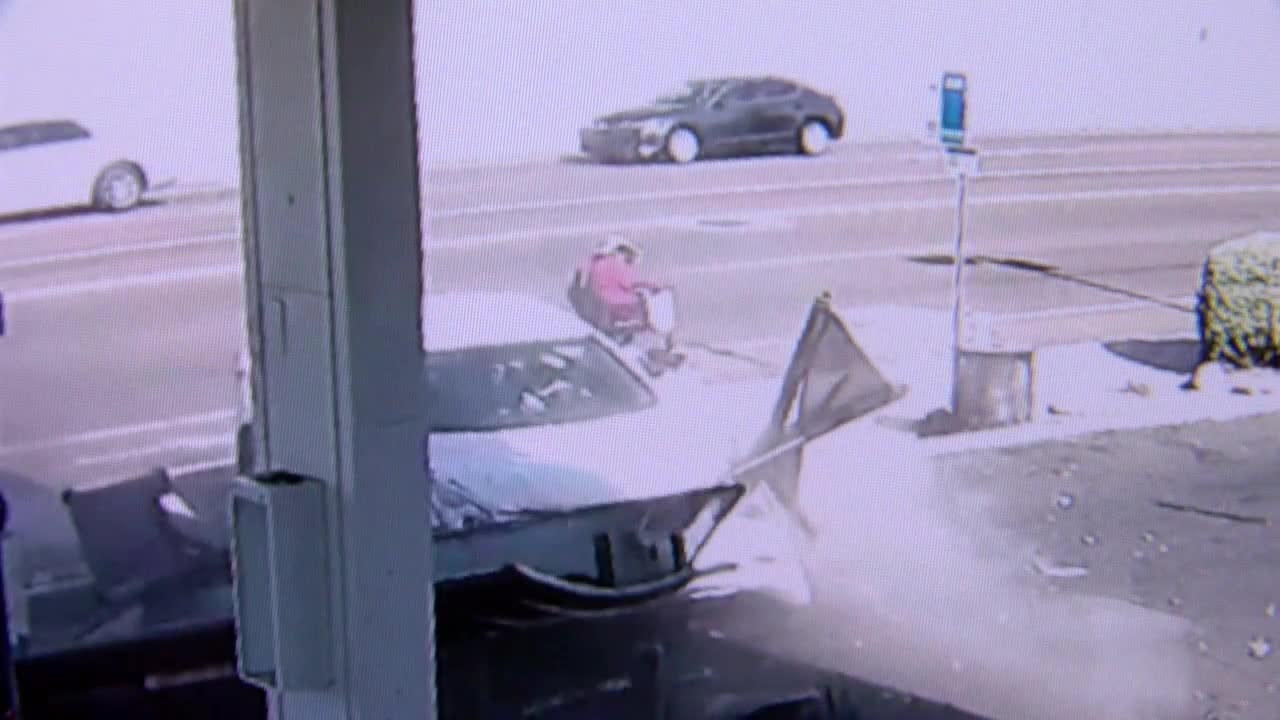 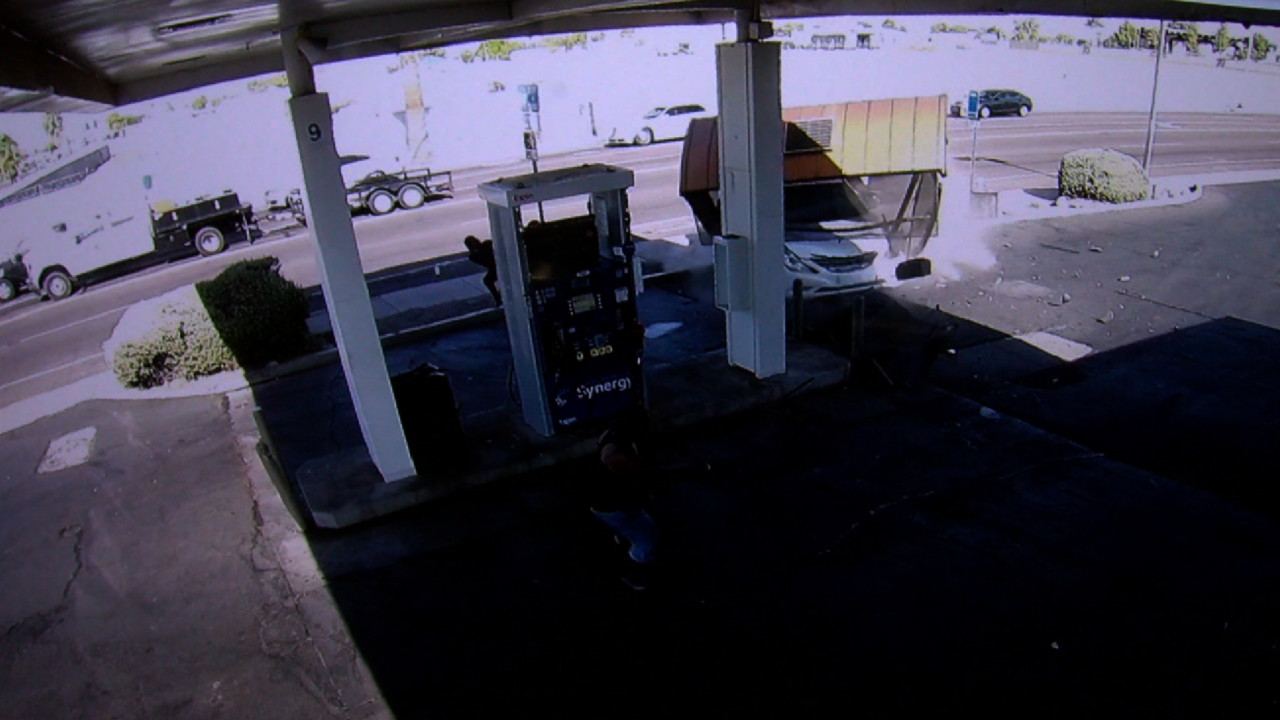 PHOENIX — Video shows the moment a car smashed through a bus stop on Friday morning.

Phoenix police say the car was driving in the area of 32nd Street and Van Buren around 9 a.m. when the crash happened.

The driver told officers her brakes went out, causing her to veer and crash into a bus stop. A surveillance camera at a gas station located behind the bus stop captured the moment the car crashed into it. Watch the video from the camera in the player above.

The car veers, crosses oncoming traffic, and collides with the bus stop, narrowly missing Laura Smith in her wheelchair. One person appeared to be hit by the car as it headed through the bus stop shelter and toward the gas pumps.

"Suddenly I hear someone slamming on their brakes swerving over this way towards me," Smith said. "Headed straight for me, I thought it was gonna take me out. Whew, it didn’t."

Smith says she looked up, saw the car and froze.

"It was heading straight for me, so I just stopped where I was," she said.

She had only time for one thought.

Phoenix police described the injuries in the crash as minor and said no one was transported to the hospital.

It was not clear whether any charges would be filed against the driver.