Pursuit suspect taken into custody on I-10 in West Valley 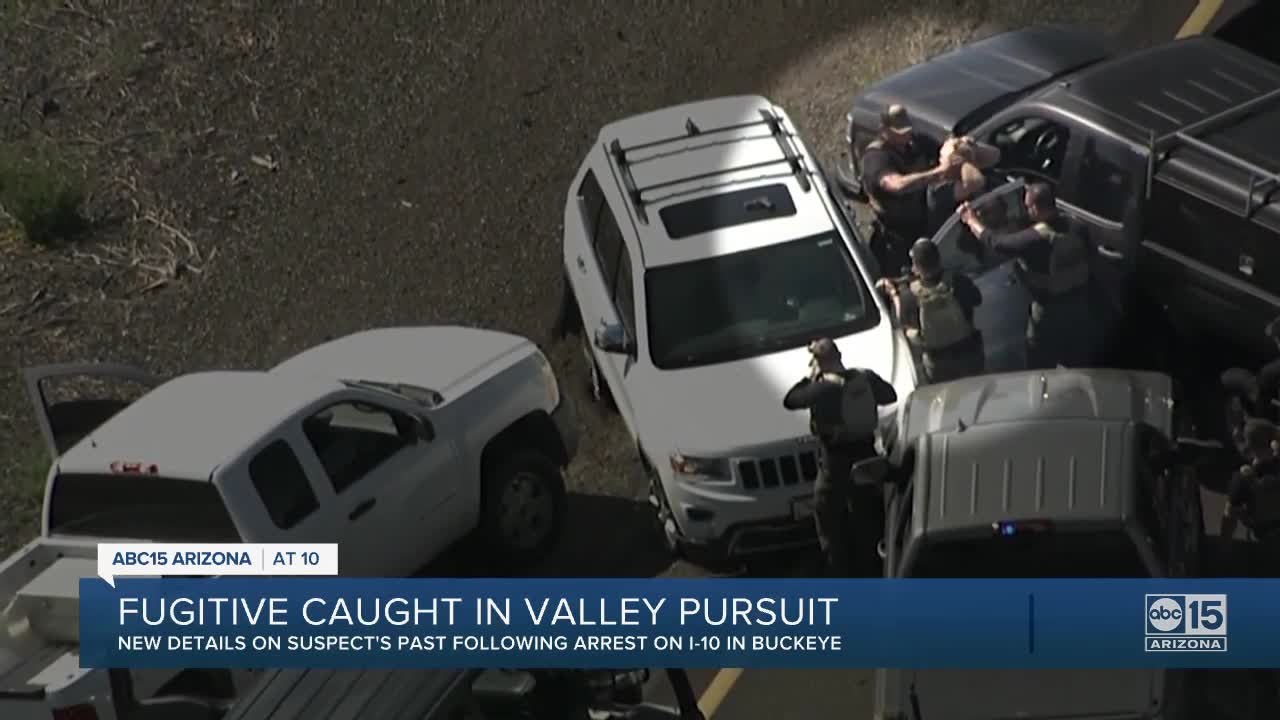 New details on suspect's past following arrest on I-10 in Buckeye. 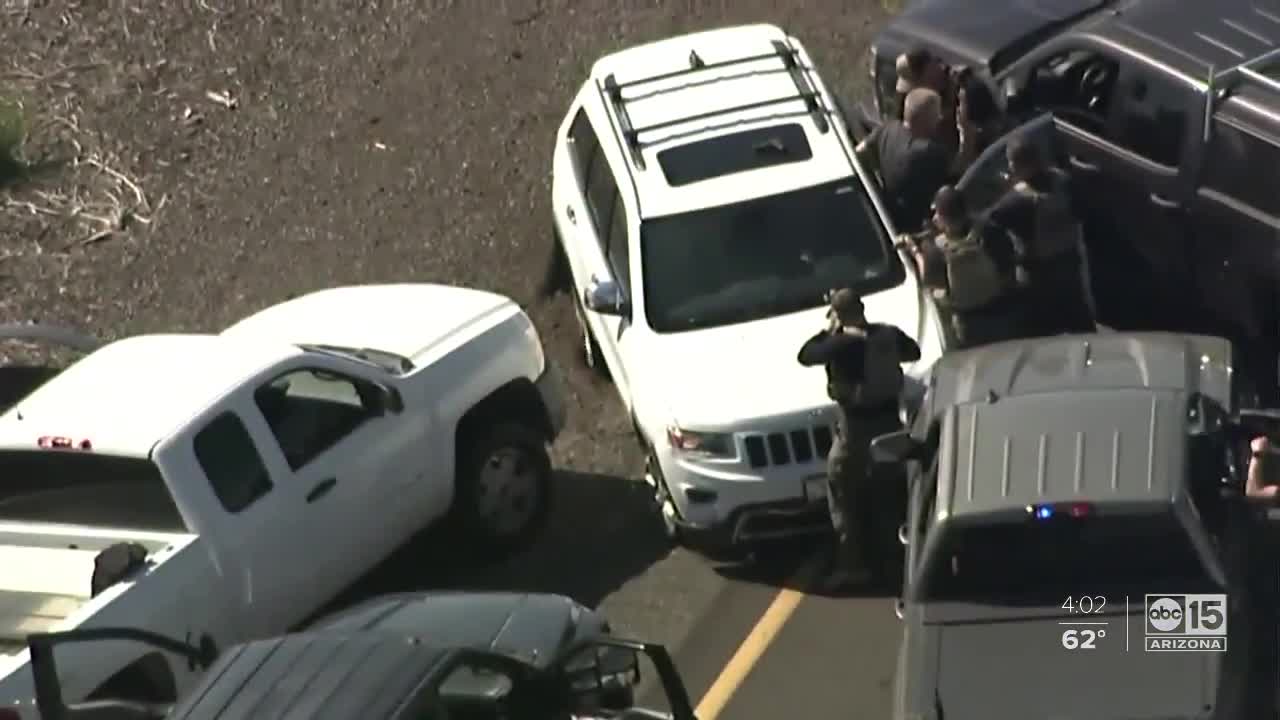 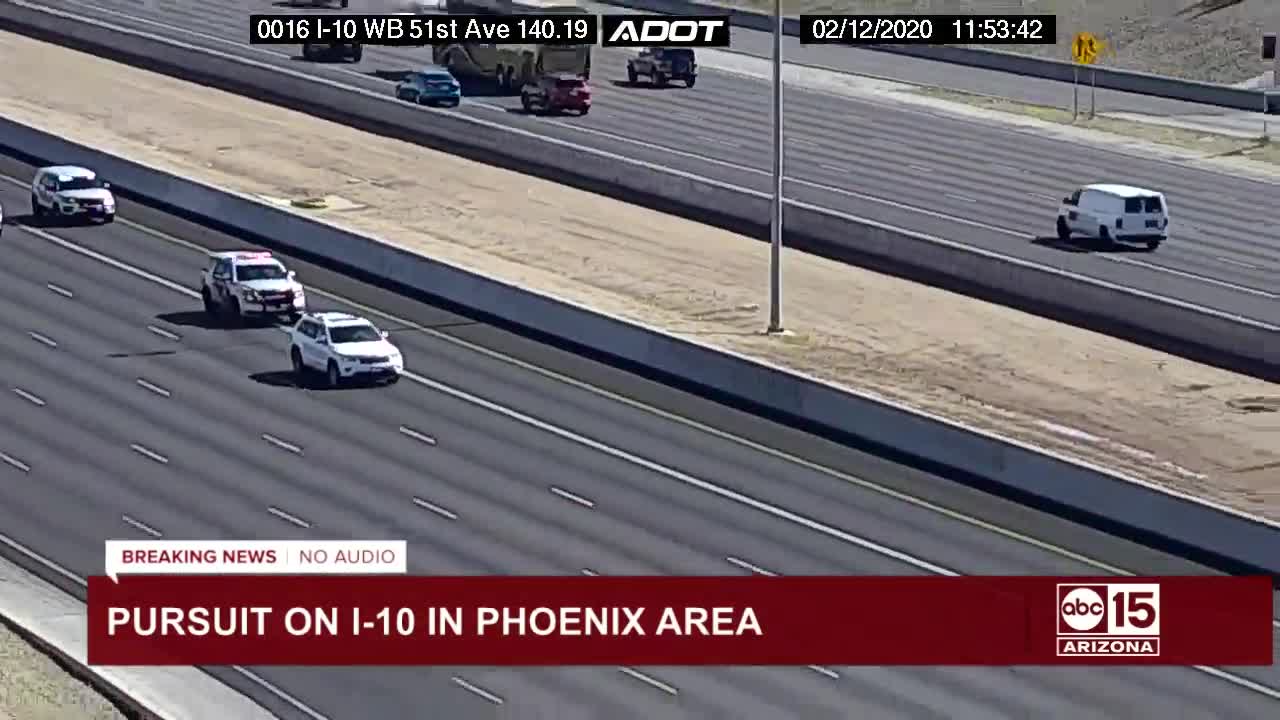 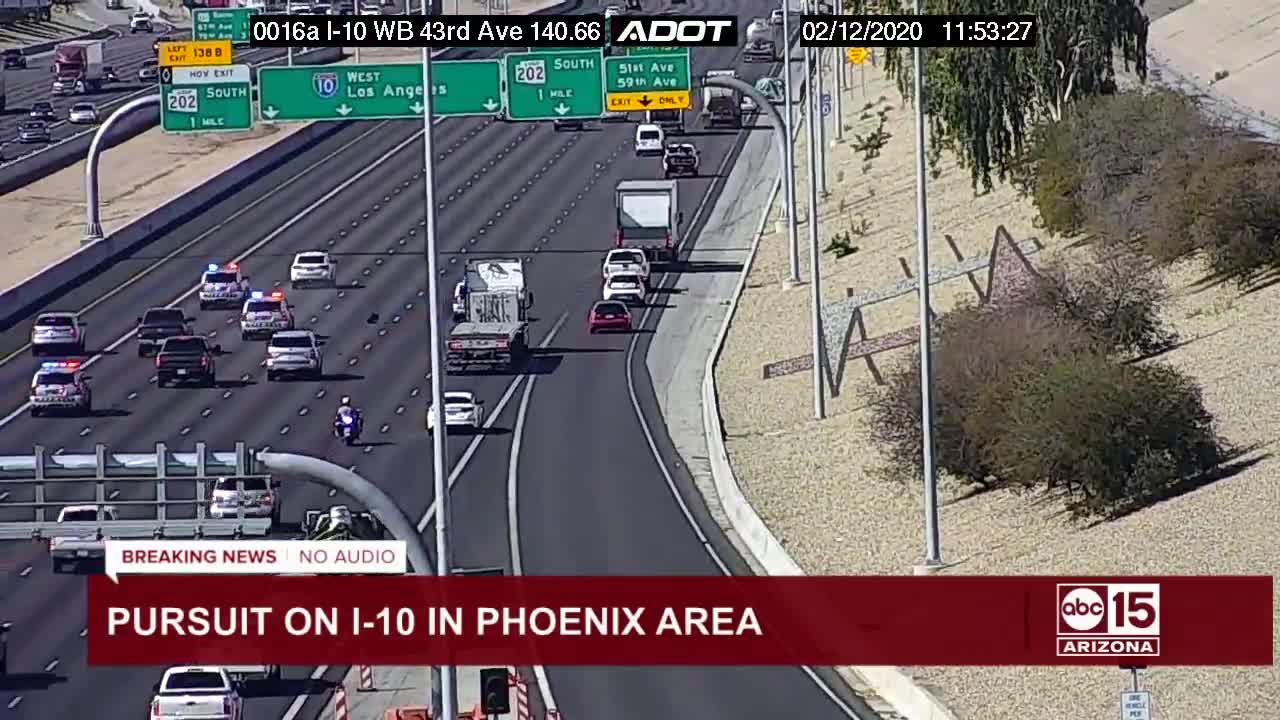 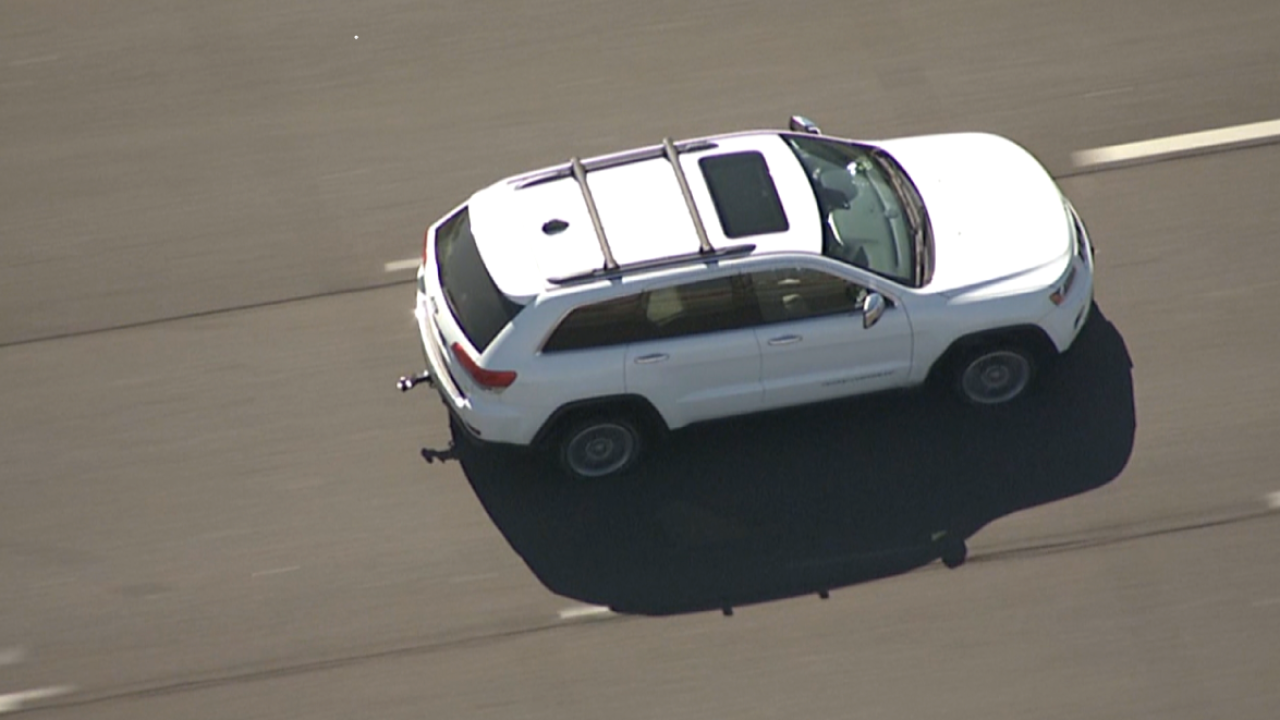 PHOENIX — The Department of Public Safety was involved in a lengthy pursuit on the Interstate 10 in the West Valley Wednesday afternoon.

Watch video of the pursuit and the suspect being taken into custody in the player below.

Aerial video showed a white Jeep traveling westbound on I-10 as more than a dozen police vehicles followed behind.

The Mesa Police Department says this incident started when a US Marshals Task Force attempted to stop someone who failed to yield. DPS then became involved in the pursuit.

Authorities eventually performed several pit maneuvers to stop the suspect on the I-10 westbound near Verrado Way around 12:30 p.m.

The suspect, 51-year-old Scott Rasmussen, was wanted out of Utah for forgery and theft, according to the Marshals Service. Rasmussen was convicted of wire fraud in 2004 and violated the terms of his probation in 2012, resulting in a warrant for his arrest.

According to a release, Rasmussen was in possession of firearms at the time of his arrest.

“Troopers from the Arizona Department of Public Safety demonstrated excellent tactics and strategy during the pursuit and arrest of this desperate fugitive,” said United States Marshal David Gonzales.

“Today’s display of teamwork as the Task Force apprehended a dangerous fugitive of justice, is indicative of our relentless commitment to public safety and solid law enforcement partnerships,” said DPS Colonel Frank Milstead.

Stay with ABC15 and abc15.com for more information as it becomes available.