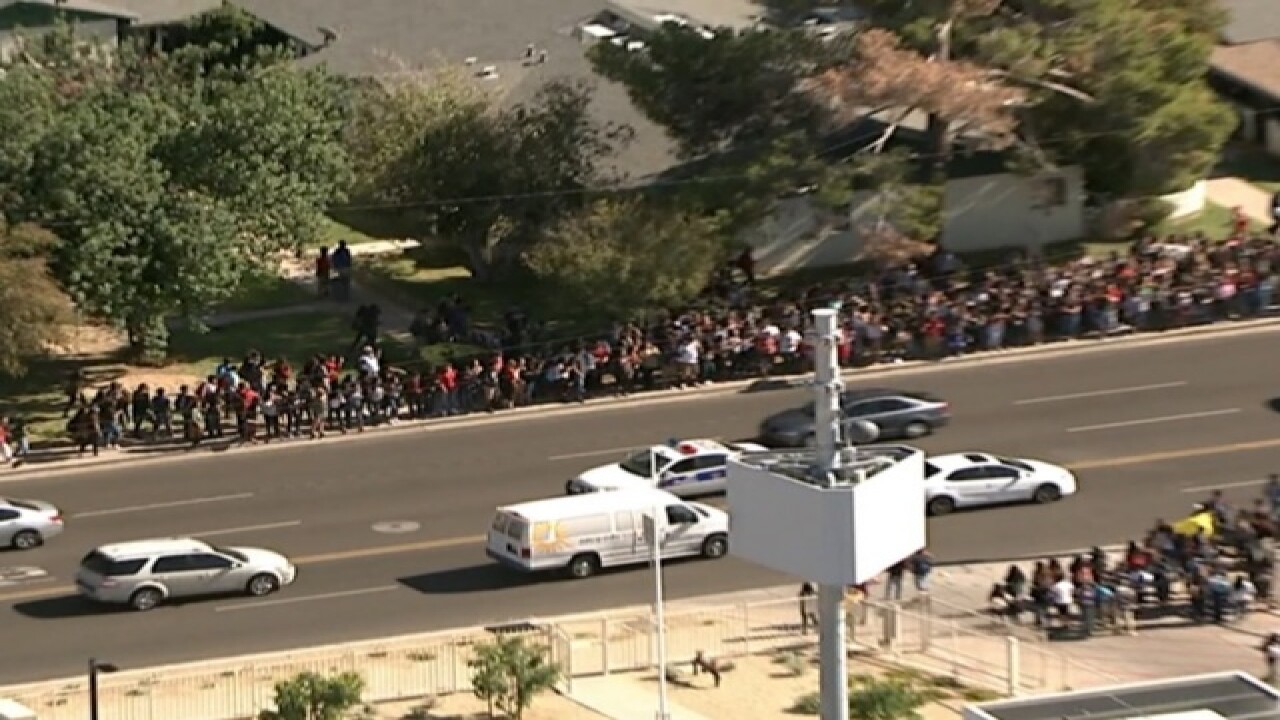 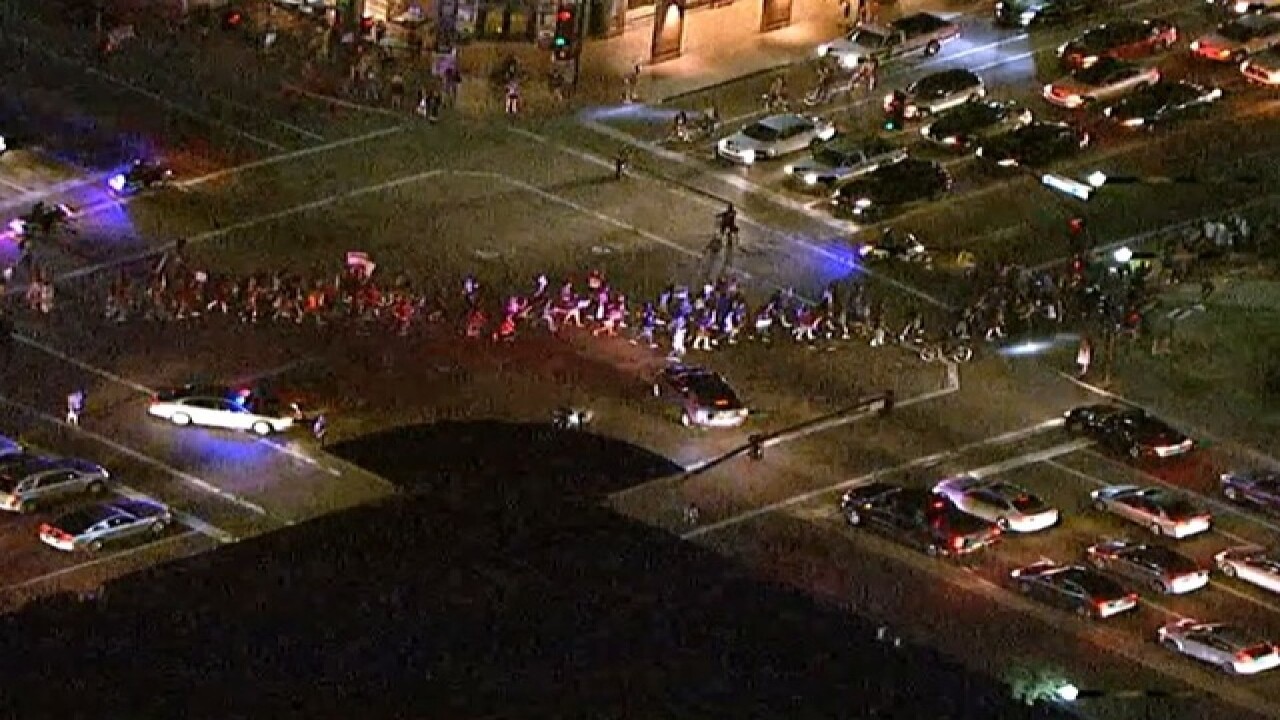 Students have staged walkouts Wednesday at several Phoenix schools, over the victory by President-elect Donald Trump in Tuesday's election.

"We're all Hispanics and he talked a lot of stuff against us, so I think that's why we're really hurt," high school sophomore Priscilla Gonzalez said of her protest group.

Air15 flew over the protests, watch it in the video above.

The superintendent of Phoenix Union High School District plans to speak with CASE Action about the actions adults played in staging the walkouts, a district spokesperson said.

Tuesday two other Phoenix schools staged similar walkouts over Trump as well as Sheriff Joe Arpaio, who was voted out of office that night.

A protest was also staged by Arizona State University students in Tempe which happened around 6 p.m.

"If he wants us to accept him as our president, he has to prove and fight for us in a way he did not fight at all during the election," protester Randy Perez said.

A Trump supporter at the ASU rally questioned whether the protesters were speaking out Trump himself, or the effect of the democratic process.

"A lot of people here they can't handle that their candidate didn't win, because throughout life we've given them participation medals," David Lattimer said.

"And now, there's no participation medal in the general election."

Air15 flew over the evening protest by college students, watch it in the video above.
Copyright 2016 Scripps Media, Inc. All rights reserved. This material may not be published, broadcast, rewritten, or redistributed.