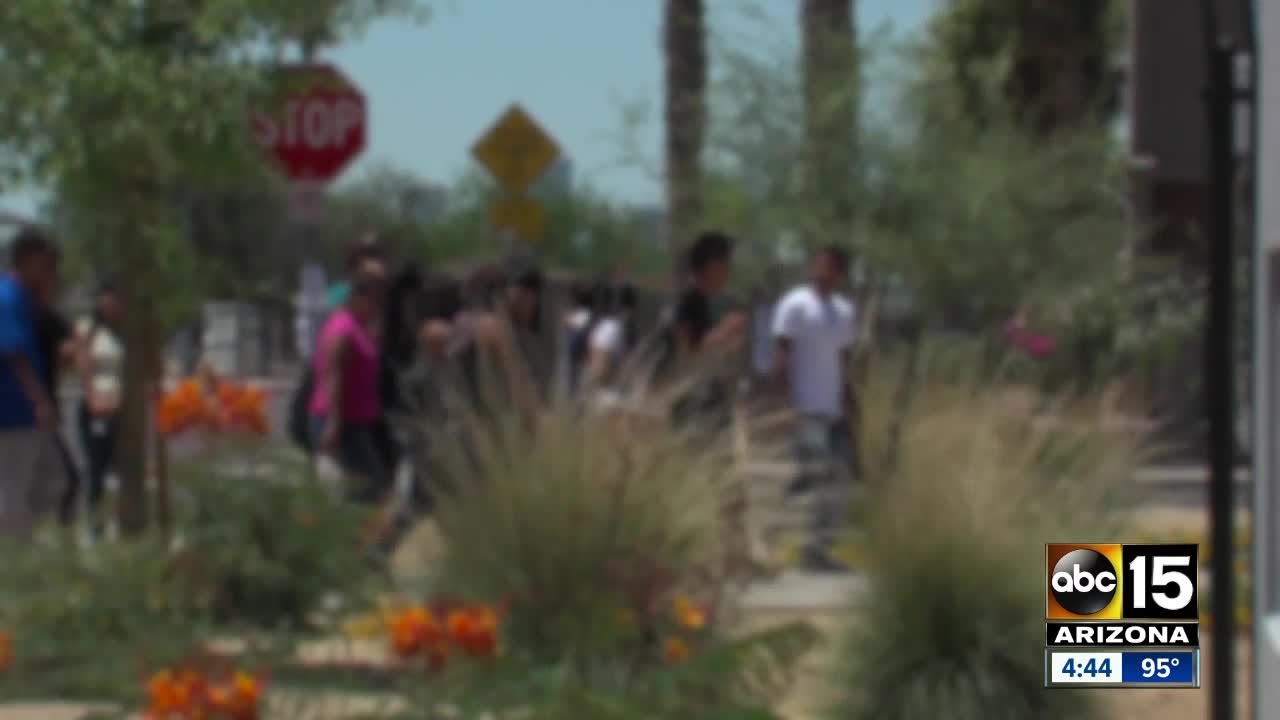 Suicide is the second leading cause of death in kids 10-14 years old. 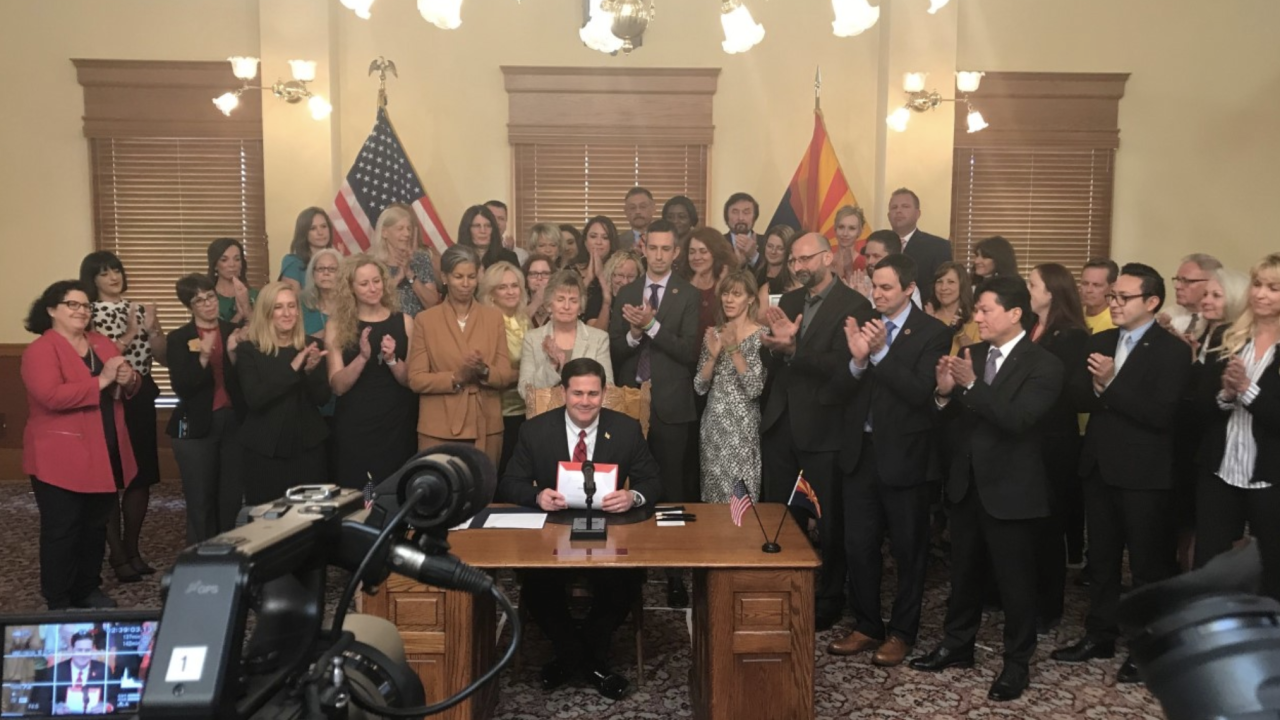 PHOENIX — "Across Arizona and our country, too many families have felt the pain of losing a teen to suicide. With the passage of the Mitch Warnock Act, we are expanding suicide awareness and prevention training in public schools," said Arizona Governor Doug Ducey on Twitter Wednesday.

"I know this bill will save lives," said Ducey at a ceremonial signing of the bill with parents of those affected by suicide standing behind him.

LeeAnn Hull, the mother of a West Valley teenager who took his life two years ago, believes the systems in place now that the law has been enacted would have helped save her son.

The law mandates that teachers and support staff in grades 6-12 receive training on how to detect suicide symptoms and then provide support.

"It's not just the teachers, it's custodial staff, bus drivers, cafeteria workers, everybody who interacts with your child will be trained to recognize when your child is struggling," said Tim Warnock, whose son the bill is named after. Tim believes if the bill would have been in place in 2016, his son's life might have been spared.

"This is for the kids that are still struggling and to prevent families who are in the panic mode that we were in right before Mitch took his life," he adds.

The law will implement safeguards that Tim believes will help prevent suicides from continuing to happen. "Mesa just lost four children in the last five months. This is just the beginning, this is just opening the door, we haven't really accomplished anything yet," he adds.

According to the American Federation of Suicide Prevention, Arizona leads the country when it comes to suicides in children ages 10 to 14 years old.

"Our children are in crisis, this is a public health crisis," says Katey McPherson, a parent advocate in the East Valley. She believes the trend in Arizona is what she calls "pockets of contagion" where one child commits suicide and it is followed by a cluster of other kids attempting to or actually committing suicide.

"It is really the Northwest and Southwest states that are leading the numbers," she said.

Dr. Cara Christ, the Director of Public Health in Arizona was at Wednesday's ceremony. Her spokesperson tells ABC15 she is spearheading strategic planning efforts on community-wide awareness on teen suicide.

At Canyon Springs Elementary School in Anthem, a group of 8th graders took it upon themselves to raise awareness and made "Be here tomorrow" shirts to promote suicide awareness.

"Be kind to everyone around because you have no idea what they are going through. If you feel like committing suicide - talk to a teacher, a friend, be here tomorrow," those are the words of the group in a video sent to ABC15.