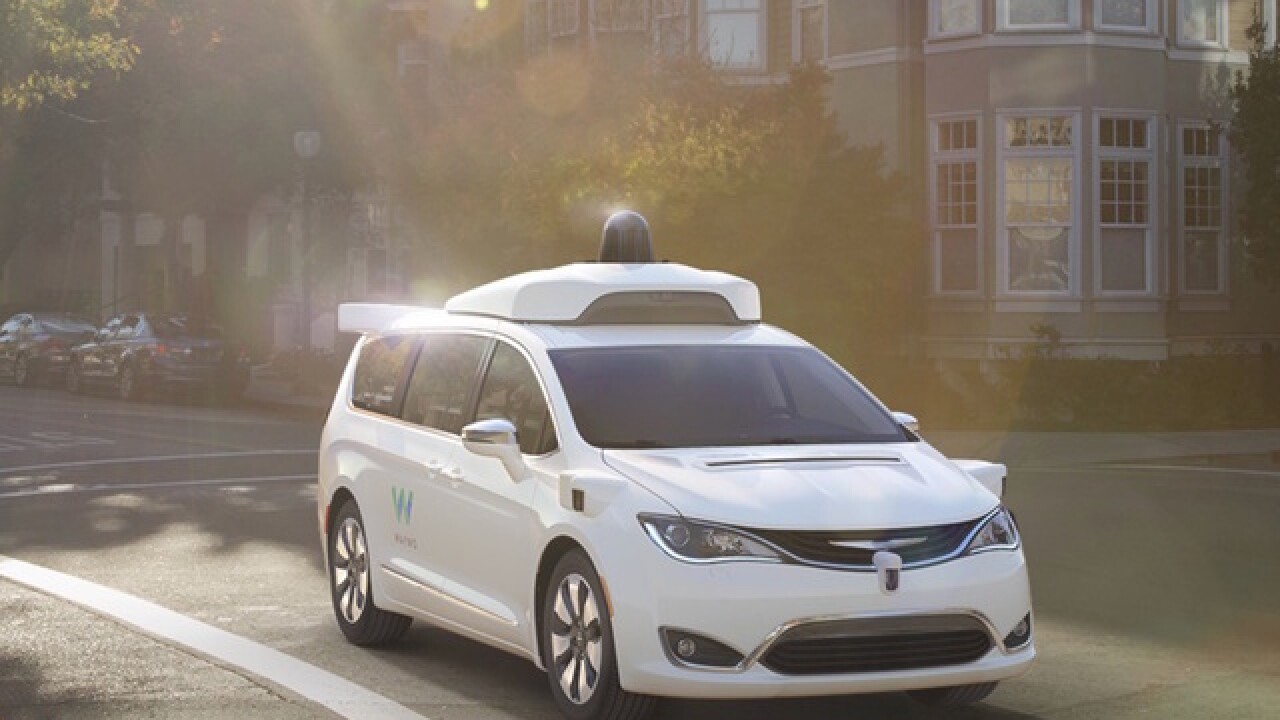 Copyright 2018 Scripps Media, Inc. All rights reserved. This material may not be published, broadcast, rewritten, or redistributed.
Waymo

Google spinoff Waymo says it's launching a pilot program with Walmart later this week that will allow customers to use its self-driving car service to pick up groceries at Walmart stores.

Waymo said in a blog post on Wednesday that the program, which will be tested in Phoenix, will help make shopping more convenient.

Customers will also receive savings on their groceries each week when items are ordered on Walmart's website. Waymo vehicles will then take riders to and from Walmart to pick-up their order.

In addition, Waymo is expanding existing partnerships with AutoNation and Avis Budget Group. AutoNation will now offer customers a Waymo, instead of a loaner car, when their personal vehicles are being serviced. Avis will soon provide Waymos to its Phoenix customers to help them pick up or drop off their rental cars.