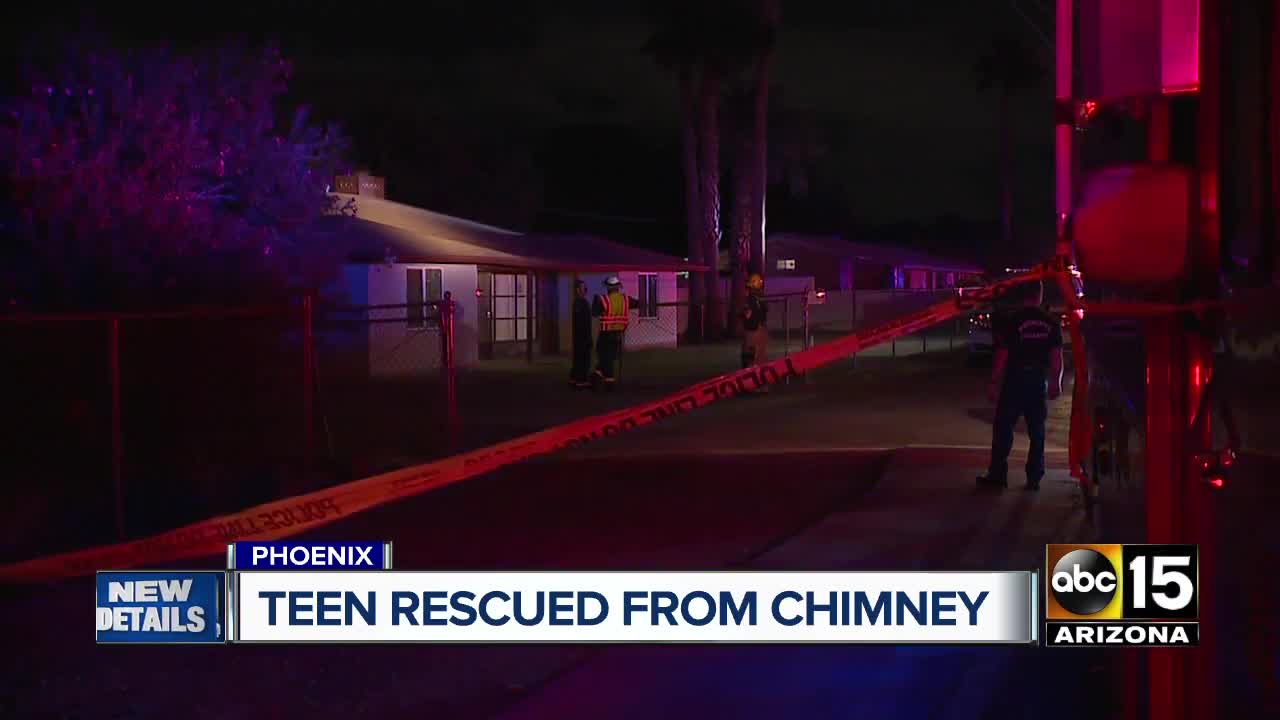 Girl and her friend got locked out home and decided to use chimney to get inside. 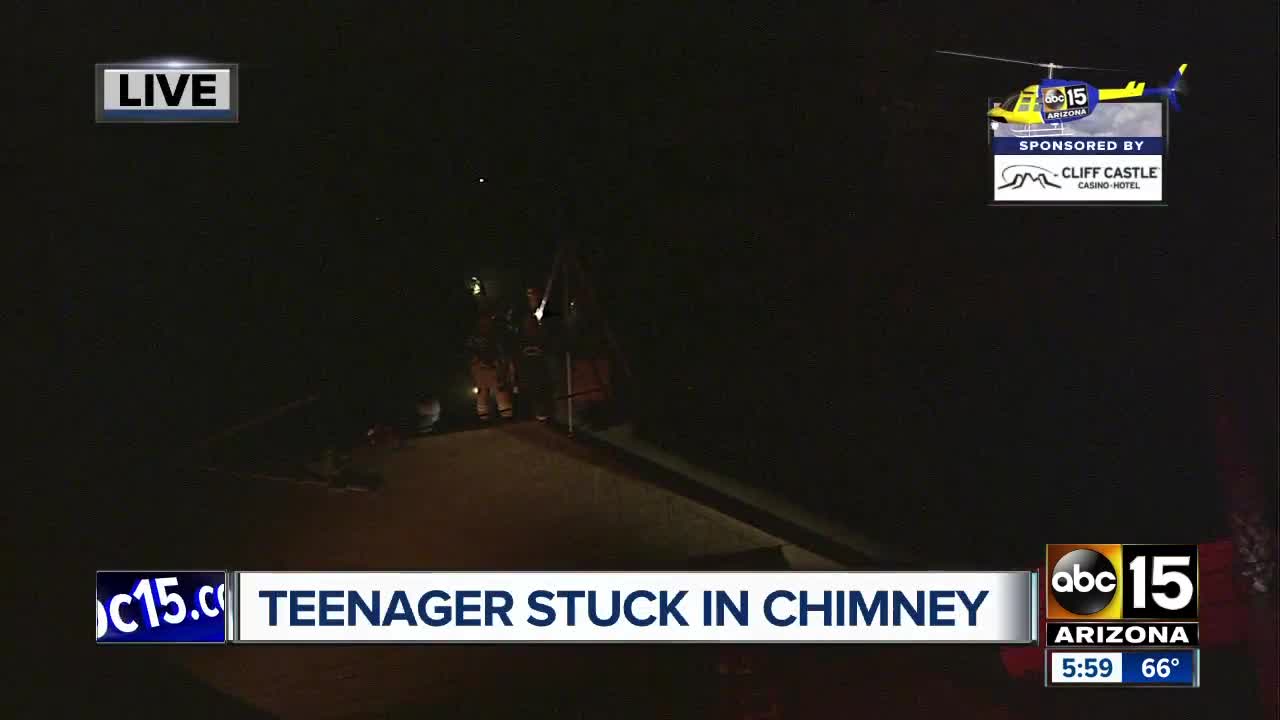 PHOENIX — A teenage girl is safe after getting stuck in a chimney at a home in Phoenix Wednesday night.

Phoenix firefighters were called to the home near 17th Avenue and Baseline Road around 5 p.m.

Firefighters say the 17-year-old and her friend, Yazmine, got locked out of her friend's house, so she decided to use the chimney to get inside.

Yazmine says her best friend thought it was a good idea at the time. "I don't know what we were thinking."

Authorities say when she got stuck, she called her sister who called 911 for help.

Crews say they were able to hoist the girl to safety. Firefighters say she is not injured, but was taken to the hospital for evaluation.

Video footage from Air15 showed nearly a half-dozen firefighters on top of the roof.