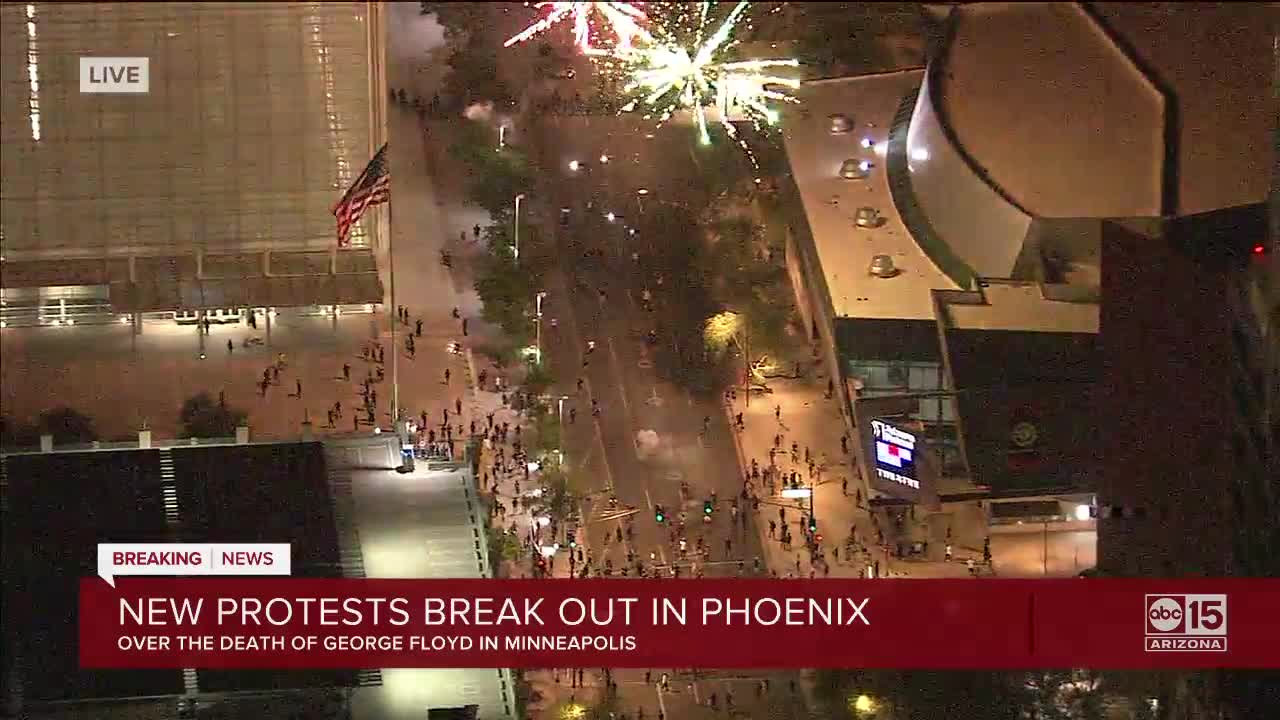 What began as a primarily peaceful demonstration in downtown Phoenix on Friday evening escalated to violence Saturday morning as people were seen breaking several building windows and damaging police vehicles. 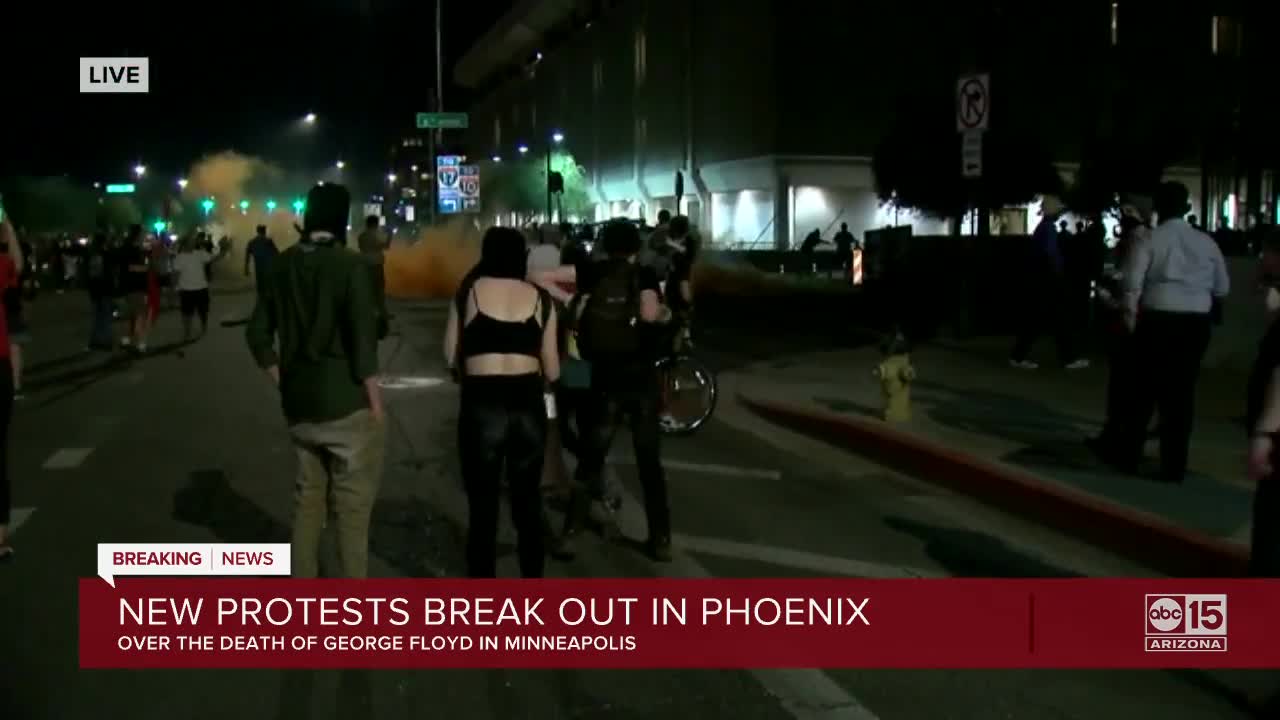 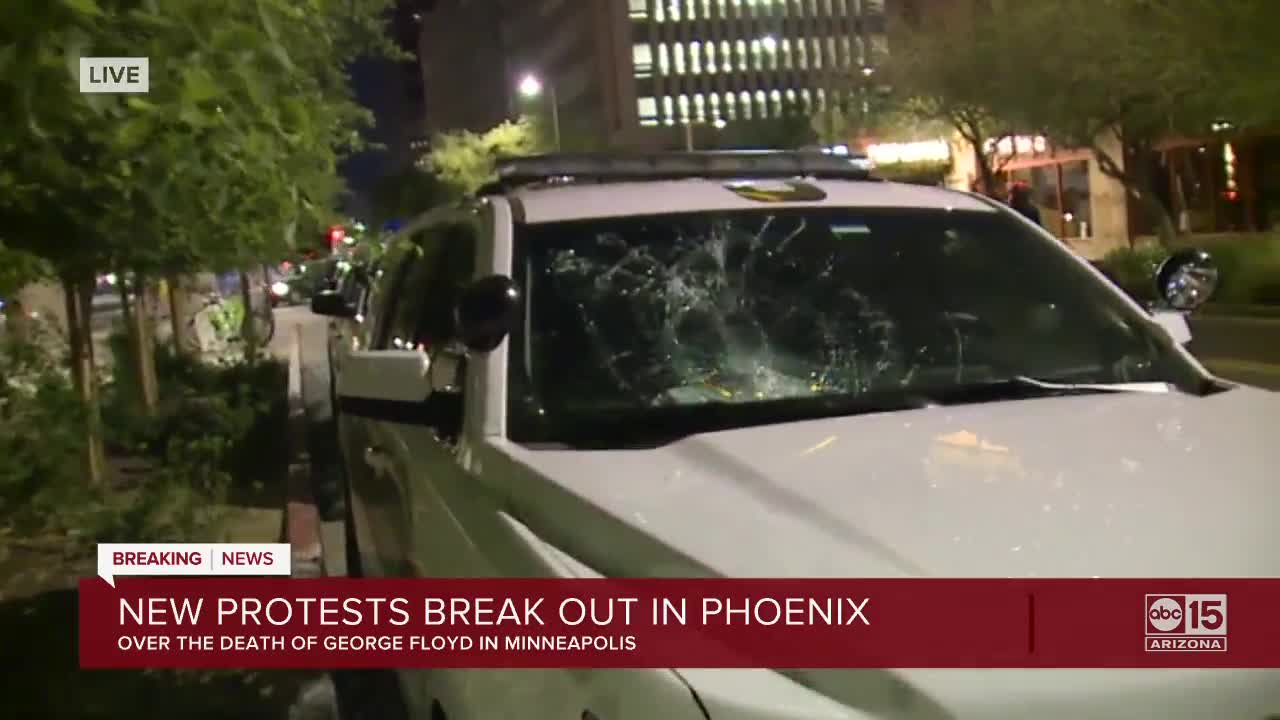 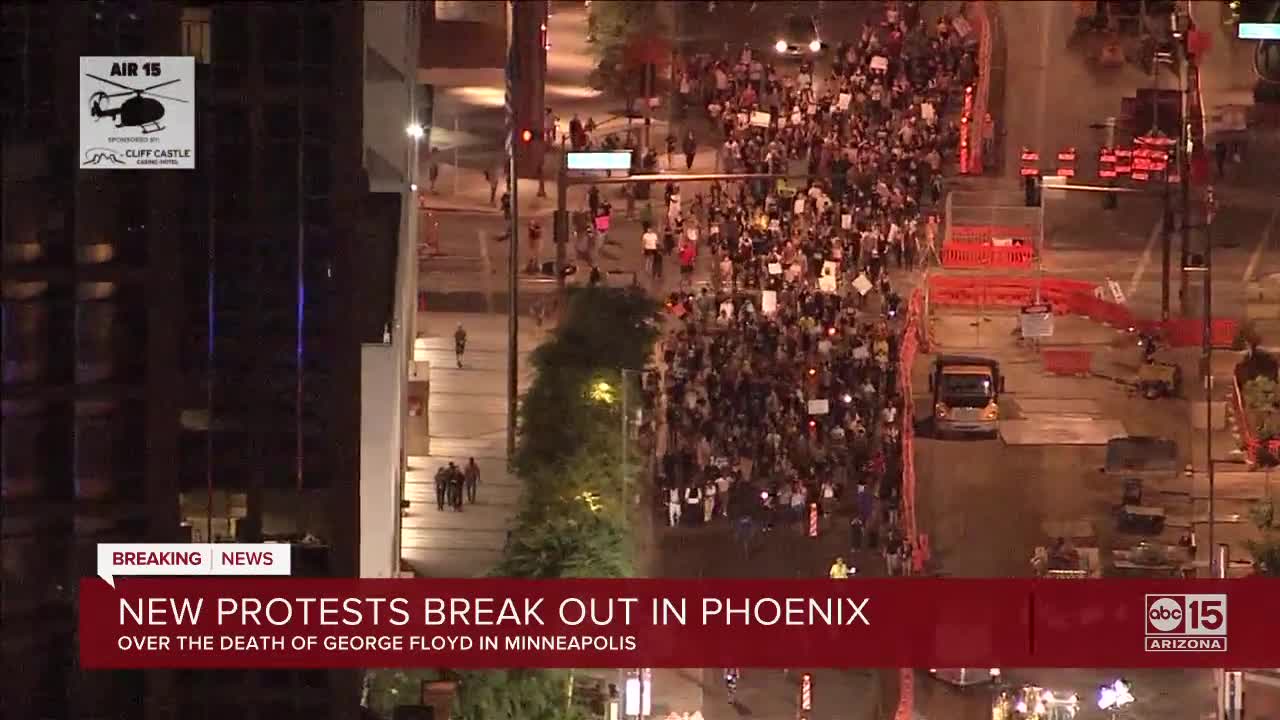 For hours Friday evening, crowds of people stationed themselves outside the headquarters of the Phoenix Police Department to peacefully protest against police brutality, including the in-custody death of George Floyd in Minneapolis, Minnesota.

Throughout the night, demonstrators chanted "Black Lives Matters", "No justice, no peace," and held signs with varying messages.

While it remained mostly peaceful, there were some who threw plastic bottles at police officers who were stationed in riot gear outside Phoenix police headquarters. Messages and expletives were also seen plastered across buildings, including the Sandra Day O'Connor Federal Courthouse.

Around 11:30 p.m., about 45 minutes after Phoenix police declared the protest to be an "unlawful assembly," tensions seemed to rise with police deploying tear gas, non-lethal rounds, and what appeared to be flash bangs. Officers also began to move down the street pushing demonstrators away from the area.

Around midnight, people were seen running throughout downtown Phoenix, some seen smashing windows at the Arizona Federal Theatre and a City of Phoenix government building. Others lit fireworks and shot them into the air.

"Property throughout the downtown Phoenix area has been vandalized as some demonstrators engage in criminal behavior, breaking windows and doors to municipal and private business and destroy cars parked along the street," Phoenix police said in a tweet.