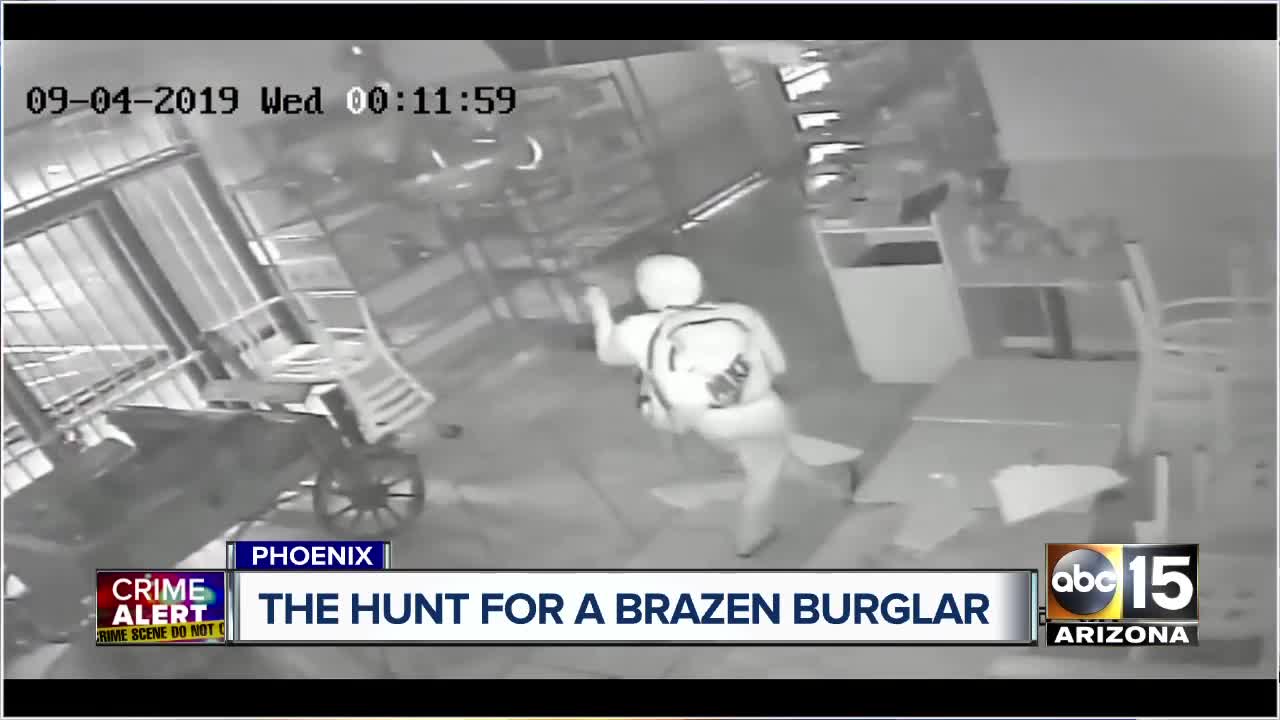 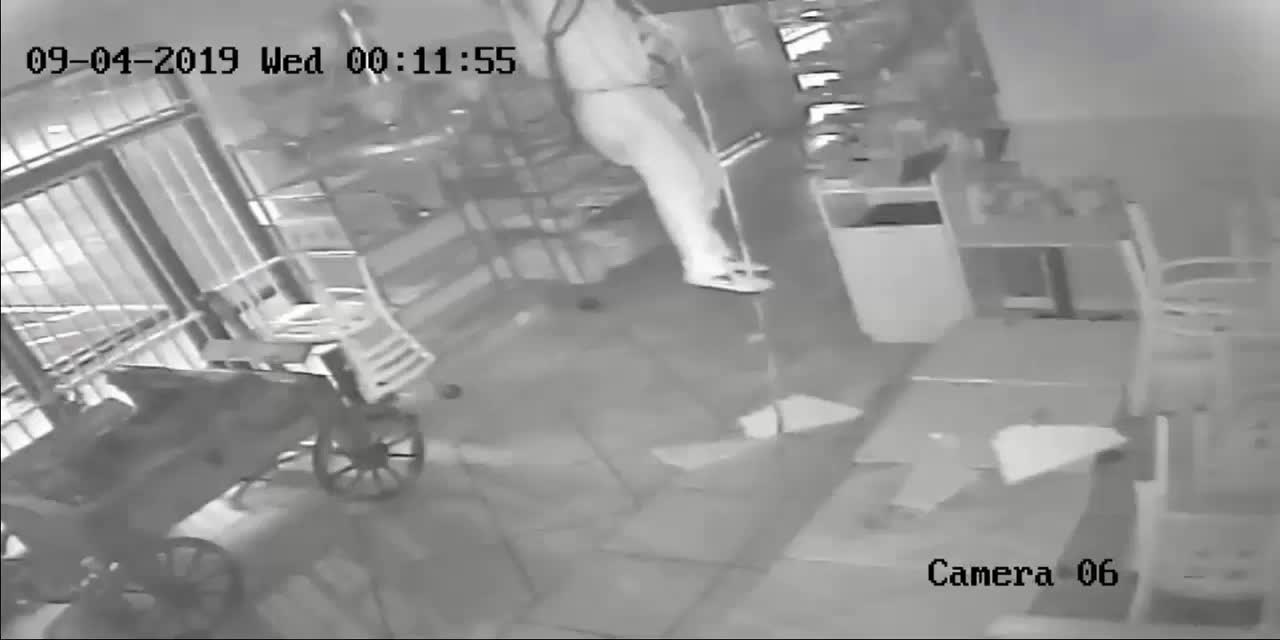 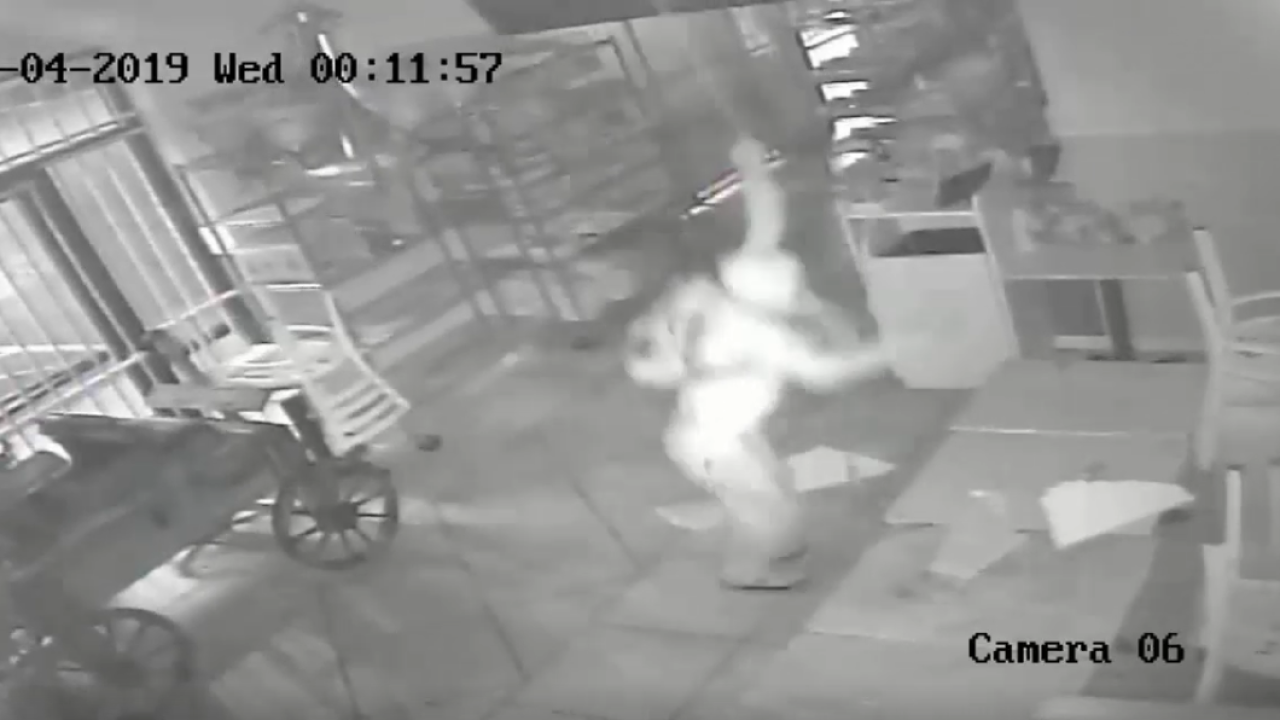 PHOENIX — Police are looking for the person responsible for breaking into a restaurant near 27th Avenue and Van Buren Street and starting a fire.

The incident occurred after midnight on Wednesday, September 4.

Surveillance video shows the suspect using a strap to lower himself into the La Carreta De Lily shop through a roof vent.

The suspect took several items from the store specializing in Mexican treats and desserts before starting a fire in the back of the restaurant. He then took off from the area and has not been located.

"It's shocking to see," said Edwin Nunez, who runs the business with three of his brothers. "It's like a movie. We don't really think someone would do that."

"We are not angry at him or all that, we just want to take care of this and our employees, that's our goal right now," Nunez said. The store's 10 employees will be able to work at the other 12 Carreta locations while the damage is repaired.

Video shows the suspect wearing light-colored sweatpants and a light-colored hoodie. He was wearing a backpack with a "NIKE" logo.