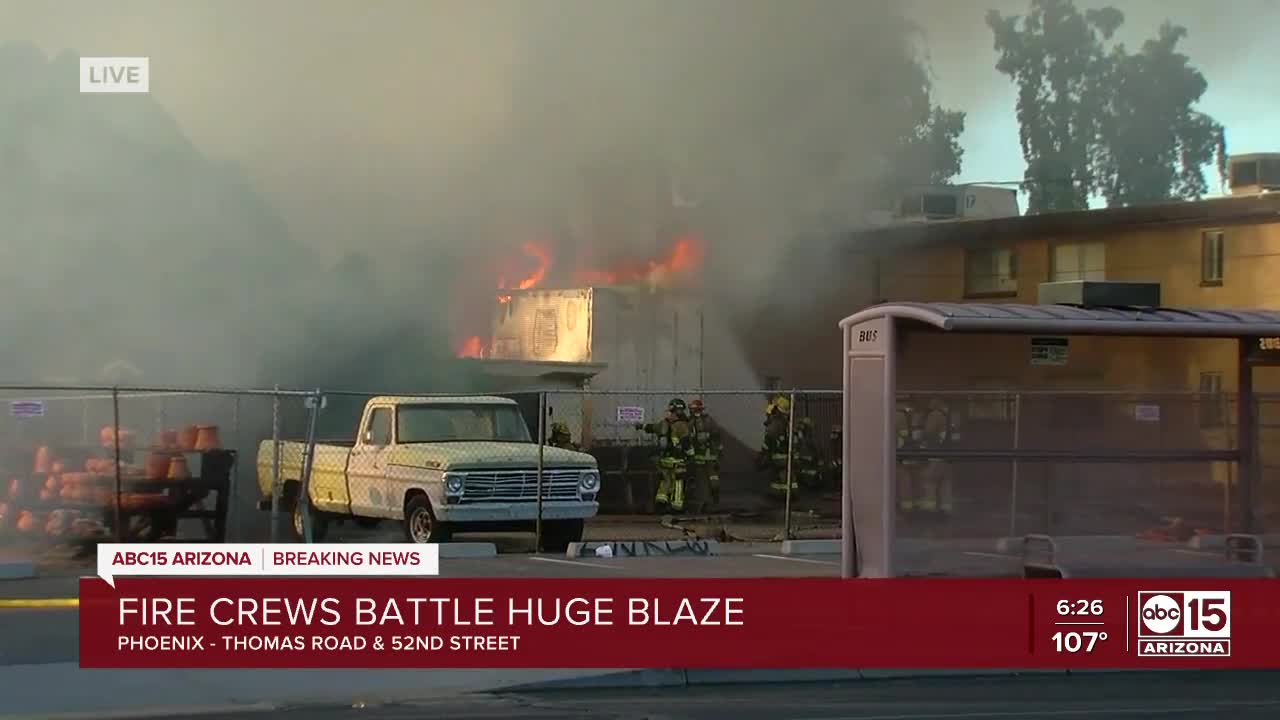 Fire breaks out at flower shop, other businesses near 52nd Street and Thomas Road. 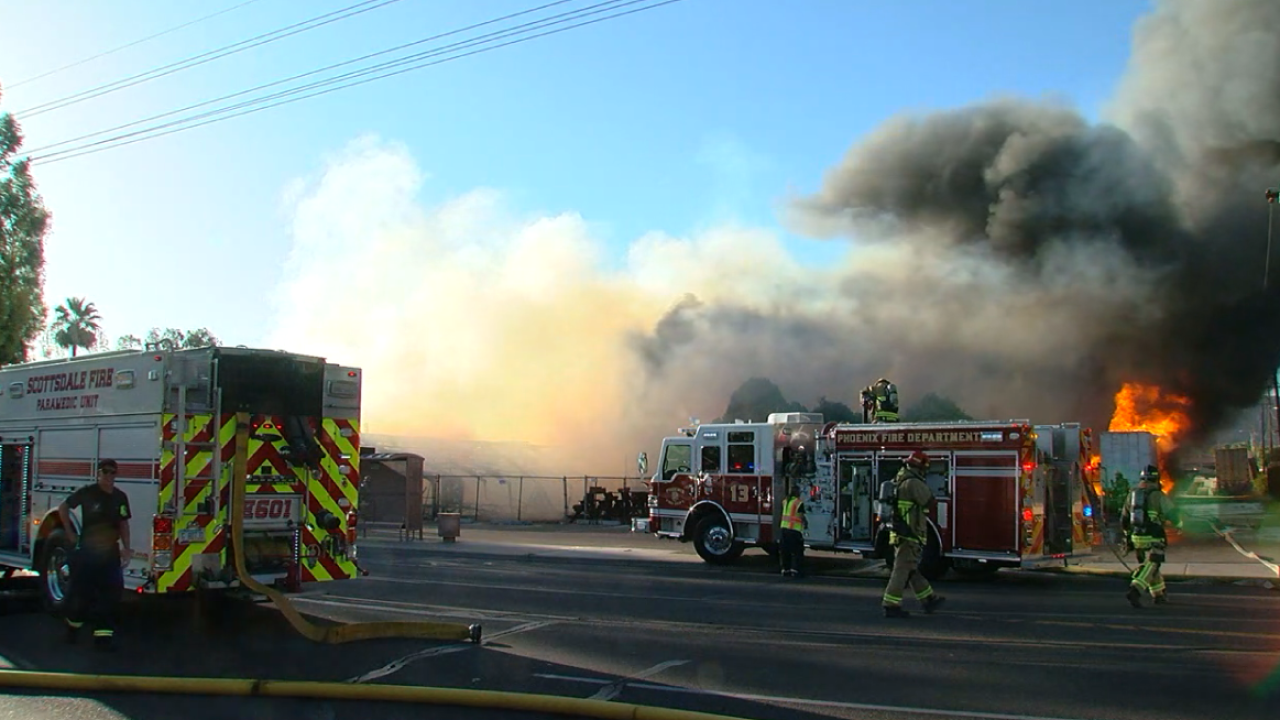 PHOENIX — Firefighters say a Phoenix flower shop was destroyed in a fire near 52nd Street and Thomas Road Saturday night.

Crews were dispatched to the area around 7 p.m. for a shed fire. When firefighters arrived on scene, they found Phoenix Flower Shop fully engulfed in flames.

Multiple fire crews were placed on both sides of the business to prevent the fire from spreading to nearby apartment buildings.

Firefighters say they will remain on the scene throughout the night to extinguish all remaining hotspots.

Authorities say no firefighters were injured and the cause of the fire is under investigation.

Watch live video of the fire in the player below.