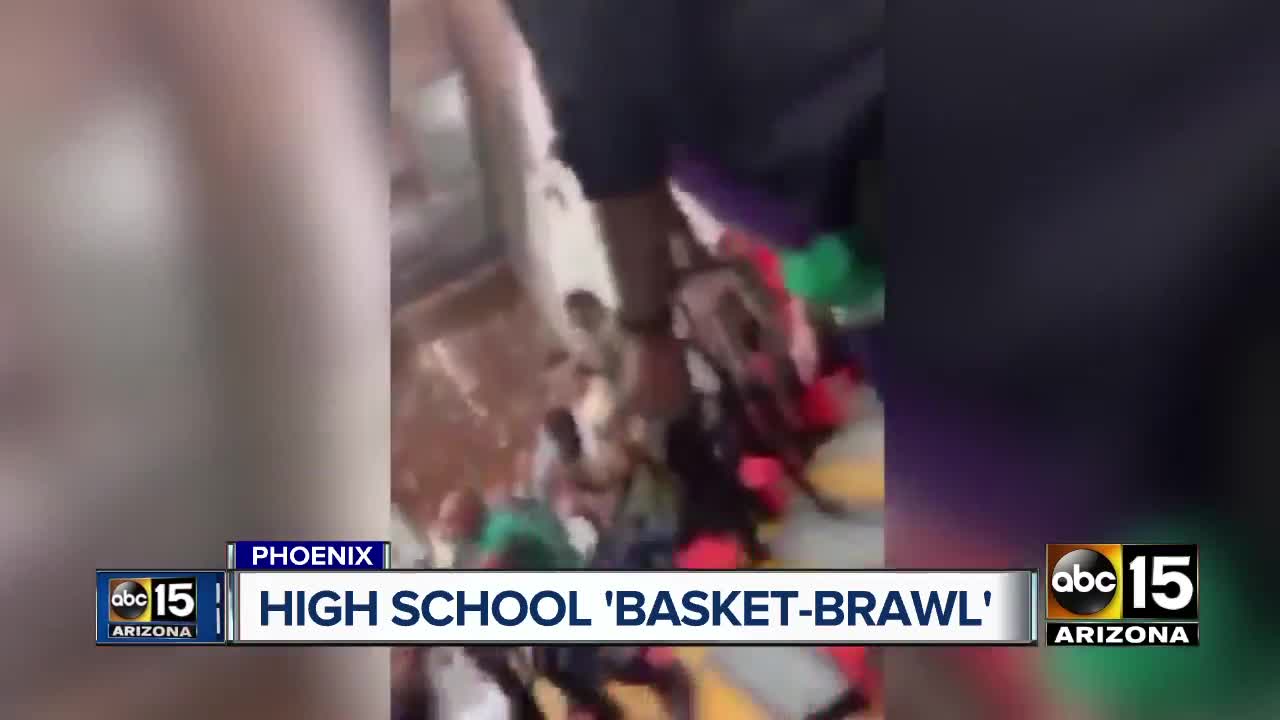 Skyline pulled off the upset, 63-56, but instead of handshakes at the end of the game, it was punches. When the game was over, officials had walked off the court, but the players apparently weren't done.

An all-out brawl ignited, taking over the court and even spilling into the stands. Cell phone video shows the players lined up to shake hands, but one Cesar Chavez player punches a Skyline player and all chaos ensues. The video even shows parents running into the fight and getting involved.

Chad Dunn, who trains Valley athletes, says he was disappointed, to say the least. "If you ask me, I think there's no place in sports for it at all."

Dunn has worked with dozens of Valley High School Athletes and thinks this kind of behavior could affect some players who had bright futures, even scholarships ahead.

"There's also some top players in the state, even the country, that are on these teams. Coaches nowadays, I don't think they have time for that and they don't wanna see that."

Officials say what happened was ugly and uncalled for. The Arizona Interscholastic Association says they're reviewing the video, but according to the Phoenix Union High School District, each player involved will be suspended for at least three games.

Cesar Chavez will forfeit their next game, but the players involved could also lose their shot at scholarships and their chances at the state championships this year if they're benched for long.