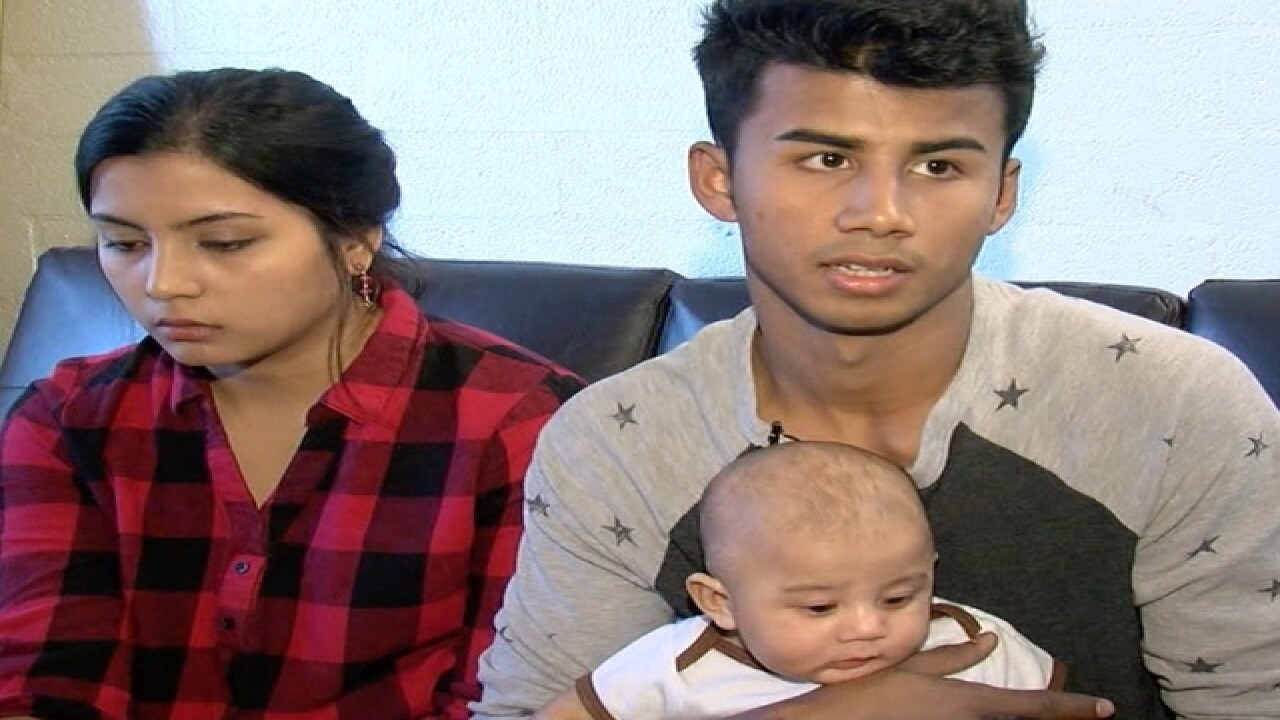 After the alleged Phoenix Motel 6 shooter Daterryn McBride shot five people, he fled to a nearby apartment complex and abducted a young Valley father just arriving home with his family.

At first Da and his girlfriend Mara Yan thought McBride, 28, was a panhandler.

The young father said he could only think of how to get his girlfriend and 4-month-old son away from McBride.   He began to negotiate, telling McBride he would help him with whatever he needed if he would let his family go.

McBride allowed the young mother Mara Yan and her son Zaide to stay behind, warning them not to call police or he would shoot Da.

"She asked me in our language, 'What am I supposed to do?' and I showed her with my eyes the look that said, Call police,'" said Da.

"I thought he would shoot him in the car and leave him somewhere and take the car," said Yan.

"I see there's a lot of police there and he even told me that he shot someone, so I ask him, 'Why, what was wrong, what was wrong?' and he said it 'just accidently happened," said Da.

Da said McBride asked him if he had ever made a mistake citing, "We all make mistakes."

Da also feared if he turned the gun on McBride, the gunman would crash killing them both.

"The car was just like flying," said Da of the frightful ordeal.

McBride hit several cars and even a house before something happened to the car's engine.

Da recalled oil spilling out and the transmission possibly failing.

When it came to a stop, McBride fled once again and Da called Yan to tell her he was okay.

"I felt lucky nothing happened to us," said Yan

Police say McBride carjacked another car before they cornered him in a field where he shot himself.

McBride is accused of shooting five people and killing two.