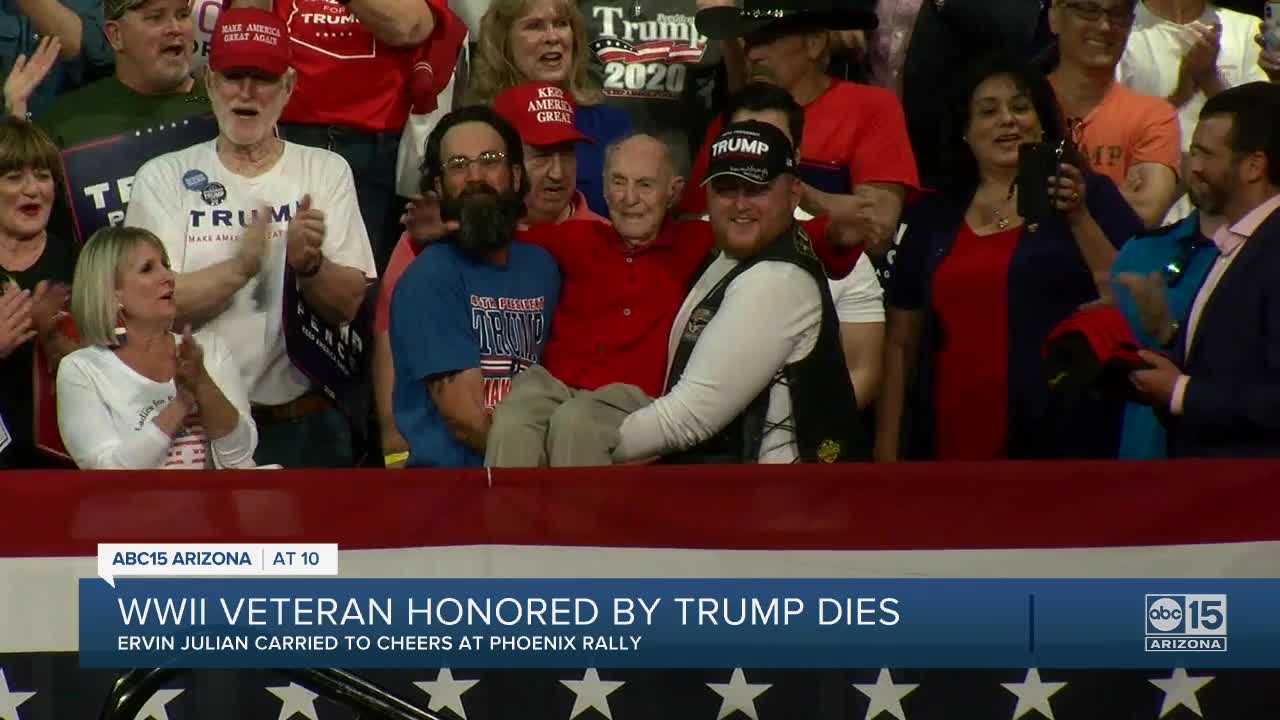 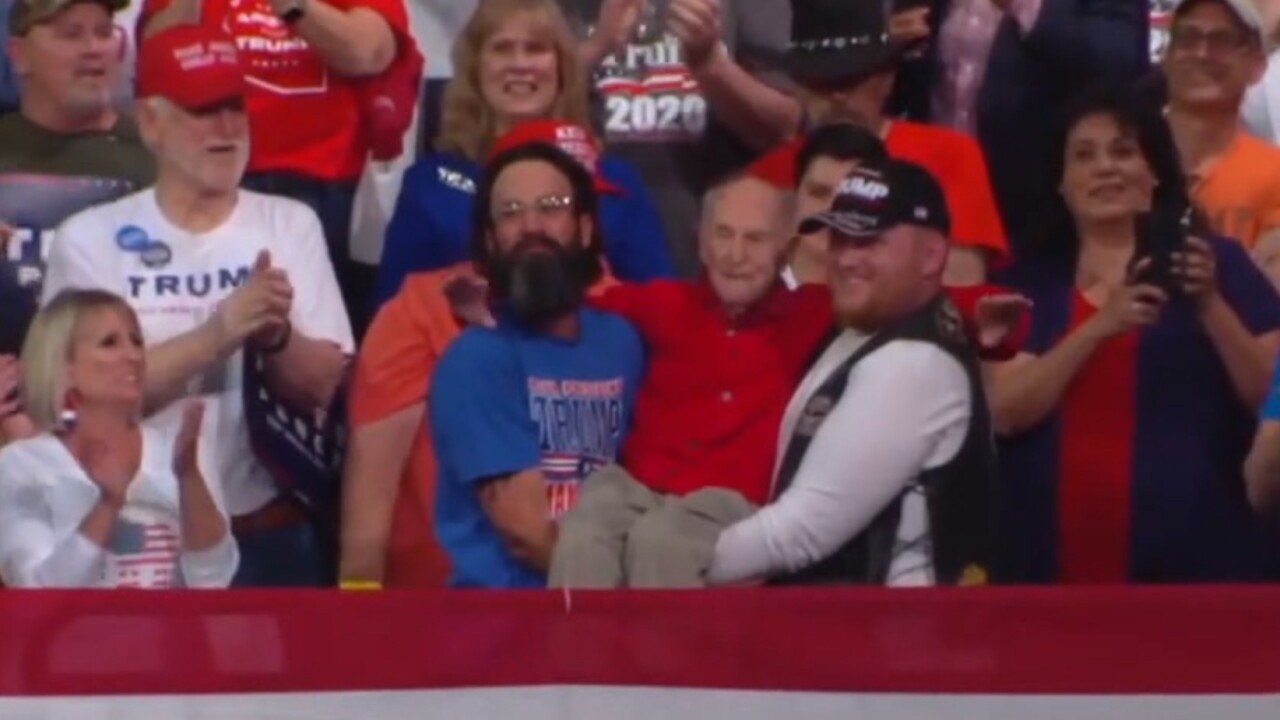 PHOENIX — Ervin Julian was carried down to the bleachers directly behind the podium at the Arizona Veterans Memorial Coliseum in February.

It was moments before President Donald Trump took the stage, and just before an unexpected message of praise from the President, himself.

“Every time I see the video clip of President Trump honoring my dad, it gets me right here and it’s incredible," said Julian’s son, Steven.

His father served four years during World War II. "My dad would always take the shirt off his back for anybody that needed his help.”

The 100-year-old passed away Thursday, with Steven and Steven’s son by his side. "The two, two and a half months towards the end with me taking care of him, we bonded like we never did before," Steven added. "It was just a blessing.”

Ervin was one of only about eight thousand World War II veterans still alive in Arizona to date. That’s according to data from the Department of Veterans Affairs.

His family is now cherishing one of the most memorable final moments they shared together. "It was a gift from God," said Steven.

He plans to hold a celebration of life in October for both his father and mother Louise, who passed away on Mother's Day.