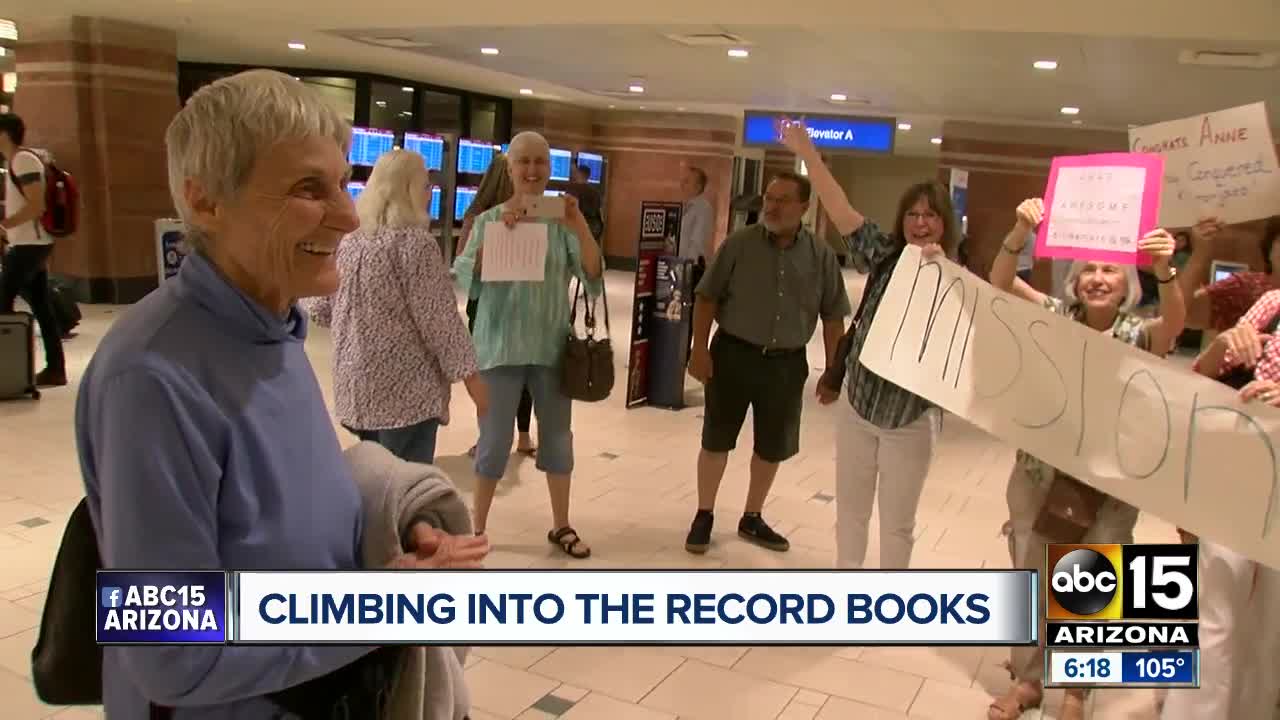 Anne Lorimor summited the peak in Africa several years ago, but wanted to go again after someone older than she also reached the top. 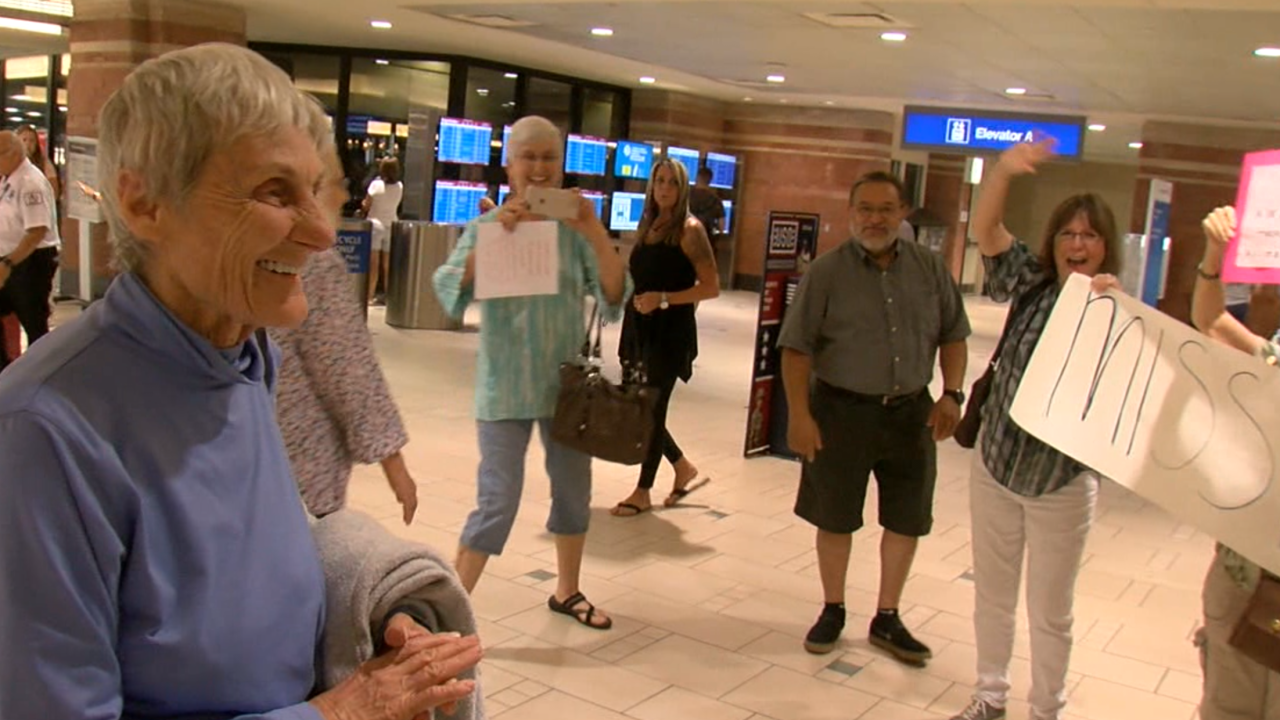 PHOENIX — A Valley senior citizen is setting world records at the age of 89.

Anne Lorimor received a huge welcome home at Phoenix Sky Harbor International Airport Thursday afternoon after getting back from hiking Mount Kilimanjaro in the African country of Tanzania.

She did it a few years ago and set the record as the oldest female to make it to the summit, but when Lorimor found out another woman stole her title a few months later, and a man held the record for the oldest person to do the climb, she laced up her shoes again.

"There was a point when I really was concerned because I fell before I started up the mountain," said Lorimor. "I had great pain in my side, and I couldn't take deep breaths. I was afraid if I couldn't keep oxygenated enough I couldn't go."

She did make to the top and set a new record as the oldest person to hike the tallest peak in Africa. She says round-trip, it took her nine days.