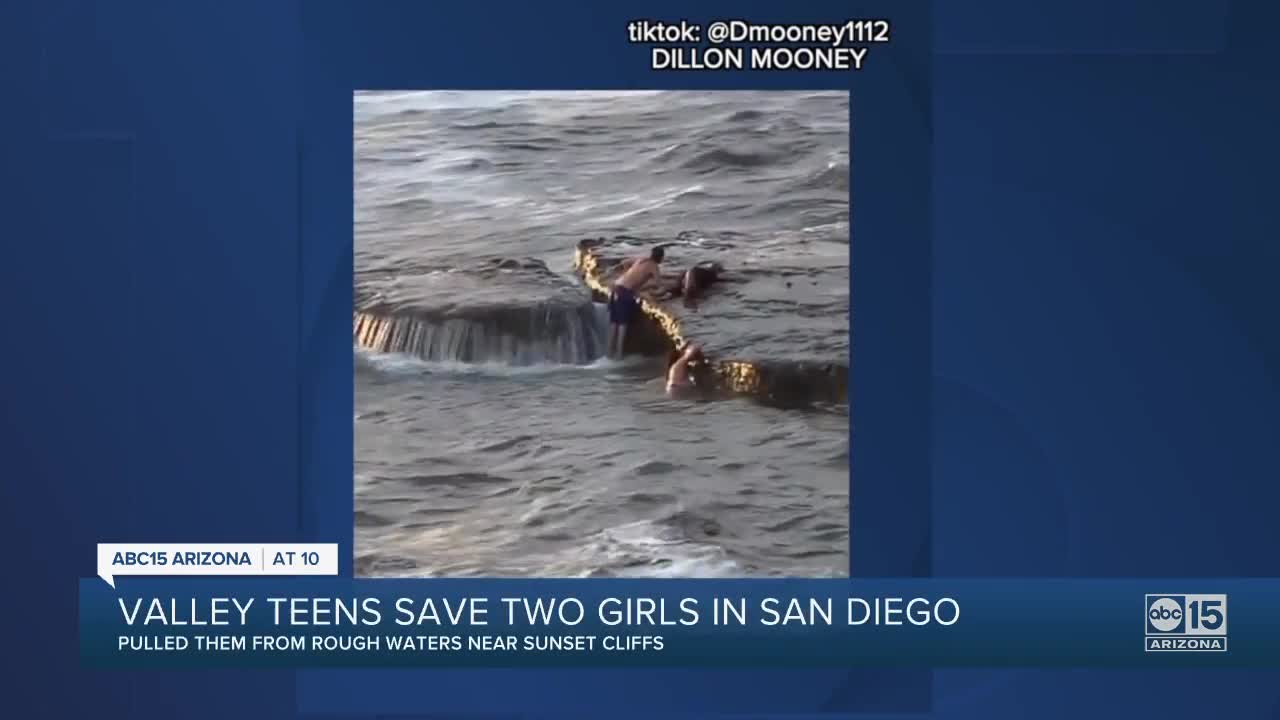 Two girls were saved by Valley teens in San Diego near Sunset Cliffs. 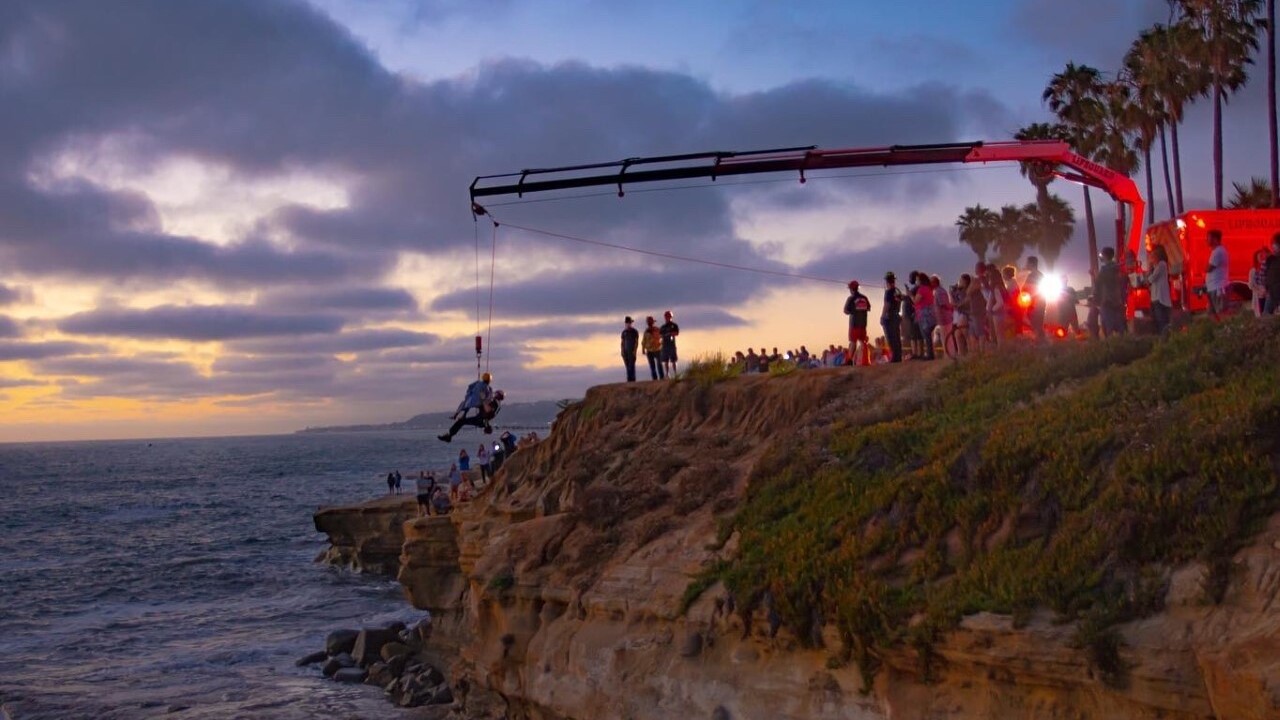 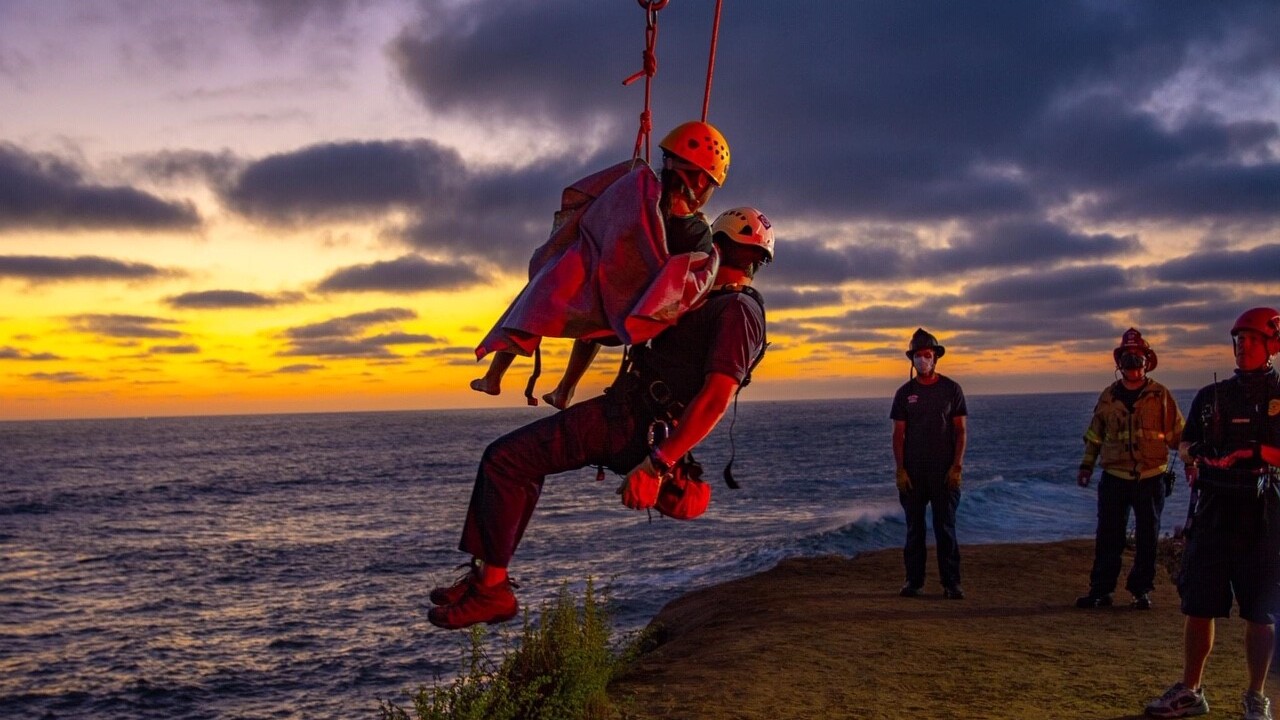 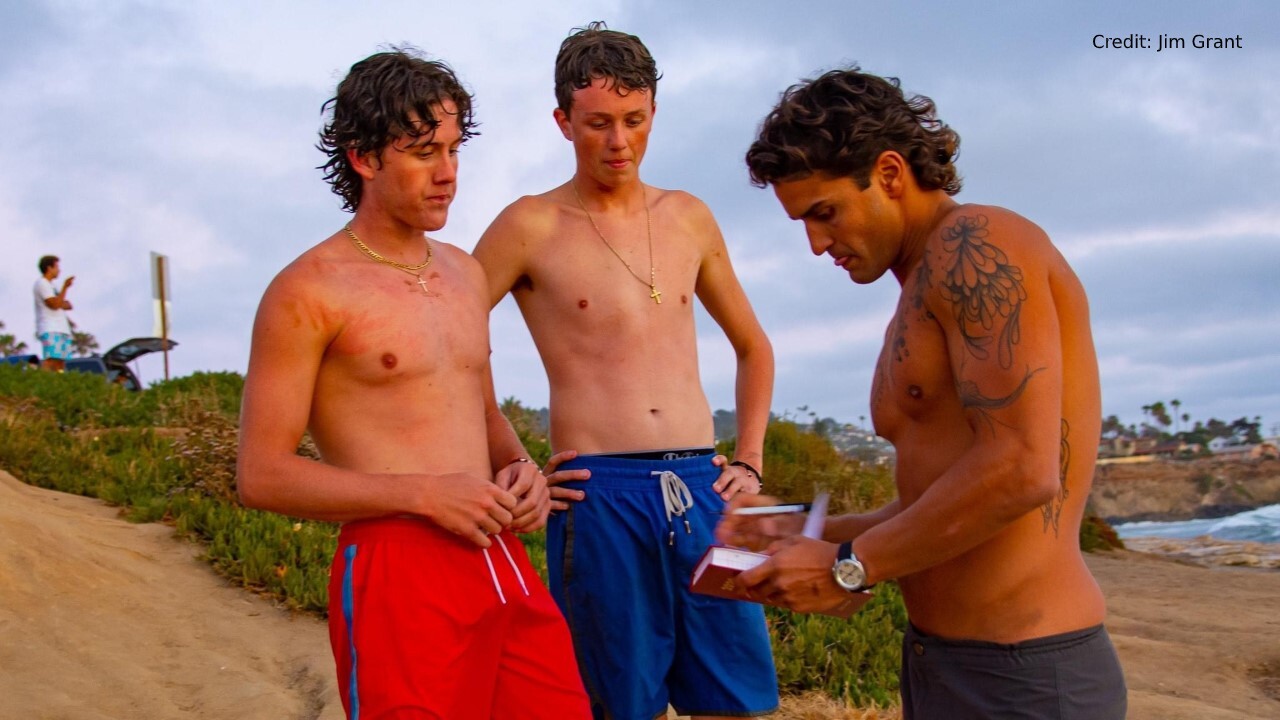 SAN DIEGO (KGTV) — Two girls were rescued at Sunset Cliffs by two Valley teenagers after being swept out to sea.

Local still photographer Jim Grant was hoping to capture the sunset at Sunset Cliffs Friday evening. But he got much more than just a beauty shot. "There were some crazy things going on," Grant said.

He ended up witnessing a cliff and water rescue.

"Two young girls ... They looked to be about 12 or 13," Grant said. "They were down at this point, and a large set came in and swept them off their feet."

"The older one hit her head probably down on the reef and had a pretty serious head injury in the water," Lt. Andy Lerum with the San Diego Lifeguards said.

Before first responders could arrive on the scene, Valley teens, Zachary Haugen and Jake Watson, jumped into the water to help the girls.

The teens were in San Diego with friends over the July Fourth weekend. When they went to check out the scenery at Sunset Cliffs, they saw the two girls, who had been overcome by a large swell and struggling in the rough water below.

"I saw the little girl climbing on the neck of the older woman and I immediately knew that like that's one of the biggest signs of drowning and I just knew, it really wasn't a decision I made it was just I have to go in and help these people," said Haugen.

The two boys worked to keep the girls above water until help arrived, lifeguards said, adding that their efforts were instrumental in saving their lives.

One of the girls suffered a head injury, but both are doing alright. The younger girl's mother caught up with the boys afterward and thanked them for their heroic actions.

"It was big surf," Grant remembered. "The girls could not swim or couldn't swim very well, that's for sure. And it just could've been a tragic event if those two guys didn't happen to be here."