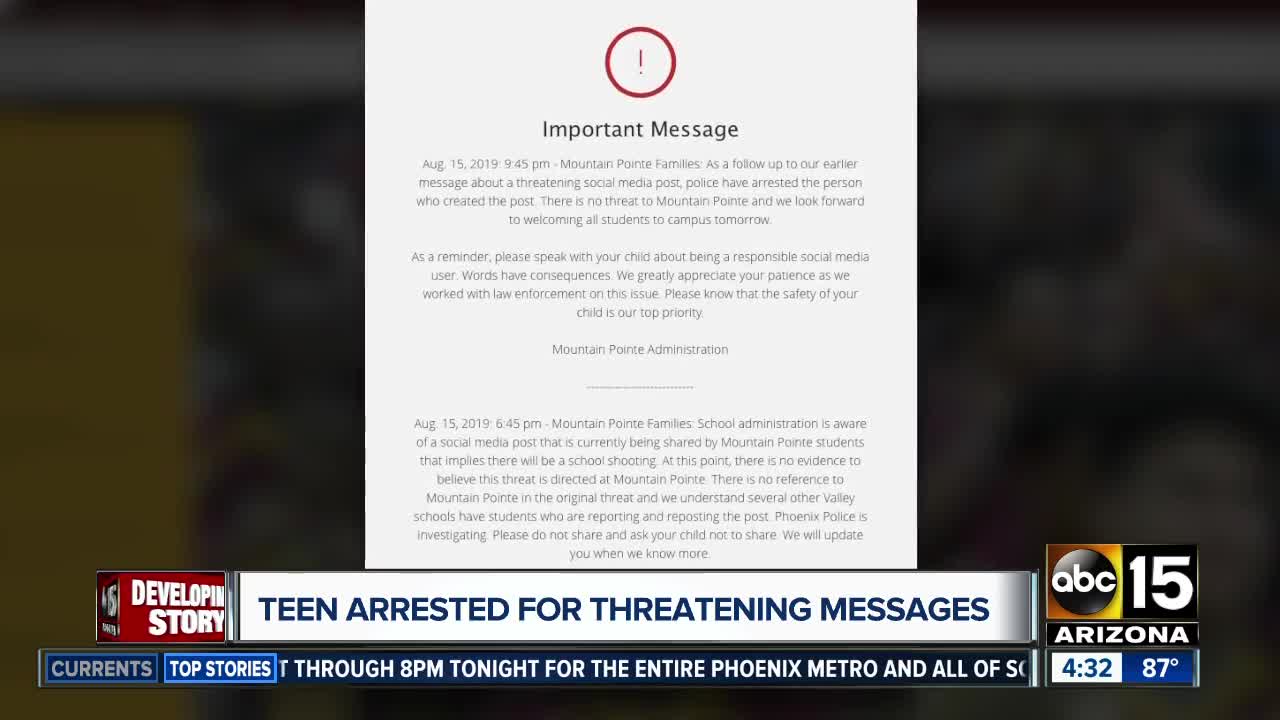 PHOENIX — A Valley teenager has been arrested after a threatening message toward schools surfaced online.

Tempe Police Department officials say they were made aware of threats on Thursday and launched an investigation.

Mountain Pointe High School in Ahwatukee alerted parents that some of their students were sharing the message of a possible school shooting, but it did not directly target the campus.

"There is no reference to Mountain Pointe in the original threat and we understand several other Valley schools have students who are reporting and reposting the post," the school message said.

Detectives identified a 14-year-old believed to be responsible for sending the messages.

Police arrested the teen who is facing several charges.

Tempe Union High School District said after the arrest that there was "No threat to Mountain Pointe and school will operate normal tomorrow."

Tempe police will work with Phoenix police to provide additional officers on and around campuses "out of an abundance of caution," the department says.

Students and parents are urged to not repost threatening messages, but to alert police immediately.