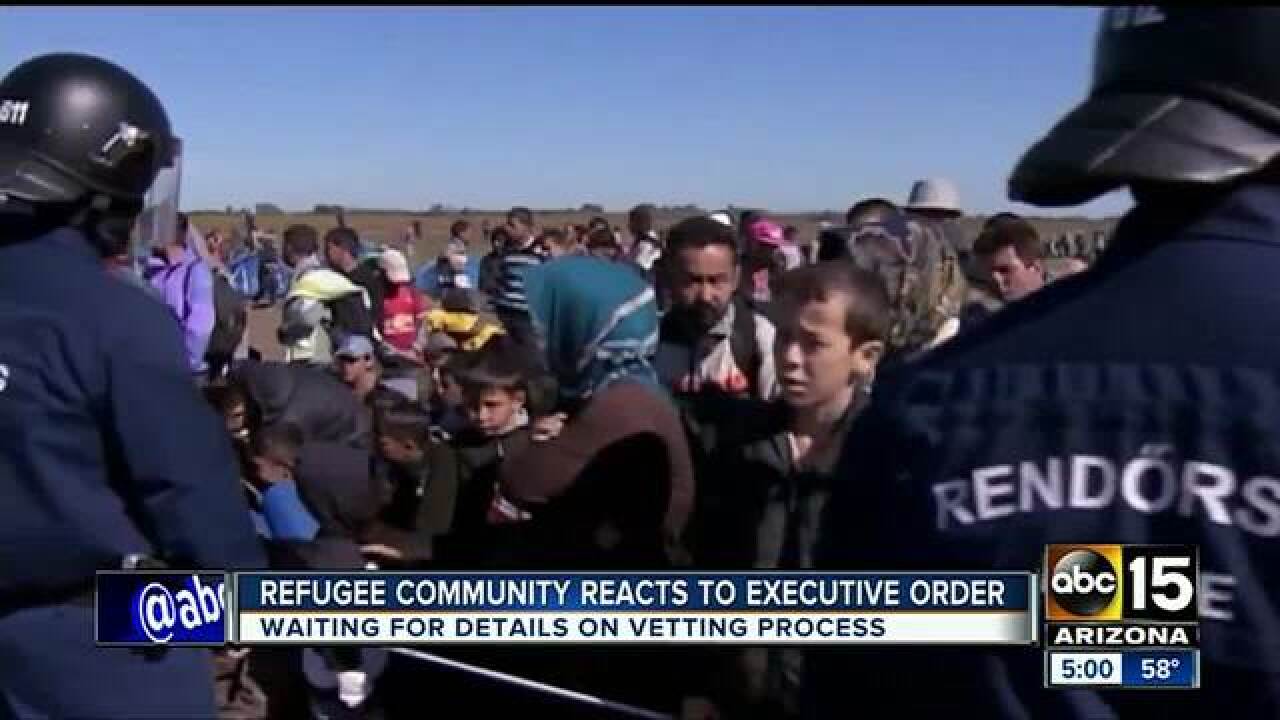 Refugees say they fled civil war and persecution to become your neighbors and friends, which is why they are condemning Donald Trump's executive order Friday.

"I'm American because I'm American," said Ibado Mahmud, a Somalian refugee who arrived in Phoenix in 1993 and now works at Sky Harbor Airport. "To discriminate what we believe or where they come from, is unhumanity (sic)."

Of particular concern to the president is the possibility of security threats emerging from the masses of Syrians asking for refugee status.

Arizona has received one thousand Syrian refugees since 2014, despite attempts by some Arizona legislators to block their resettlement in this state last year.

"We should do our due diligence and be a good steward of our citizens and make sure the people that do come are not coming to hurt us," said State Rep. Kelly Townsend, R-Mesa, who co-sponsored a refugee bill.

"They're not criminals, and they're not terrorists," said Imraan Siddiqi, executive director of the Arizona chapter of the Council on American Islamic Relations. "The facts stand for themselves:  no act of terrorism has been carried out by refugees,"

Refugee aid agencies say the United States already has the most stringent refugee vetting process in the world. It can take up to two years to be approved.

Arizona Refugees
SOURCE:
Copyright 2017 Scripps Media, Inc. All rights reserved. This material may not be published, broadcast, rewritten, or redistributed.