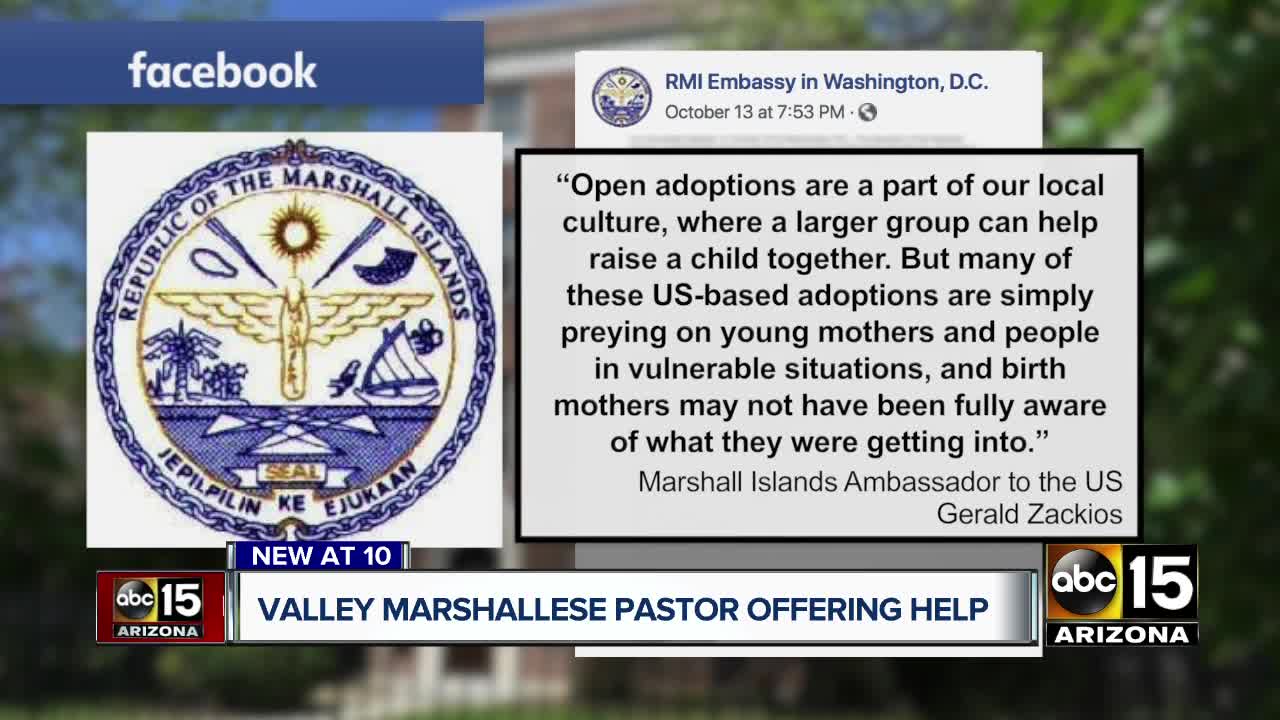 A pastor in the Valley is offering her church as a place to stay for any pregnant Marshallese women who may need assistance after adoption fraud scheme involving Paul Petersen. 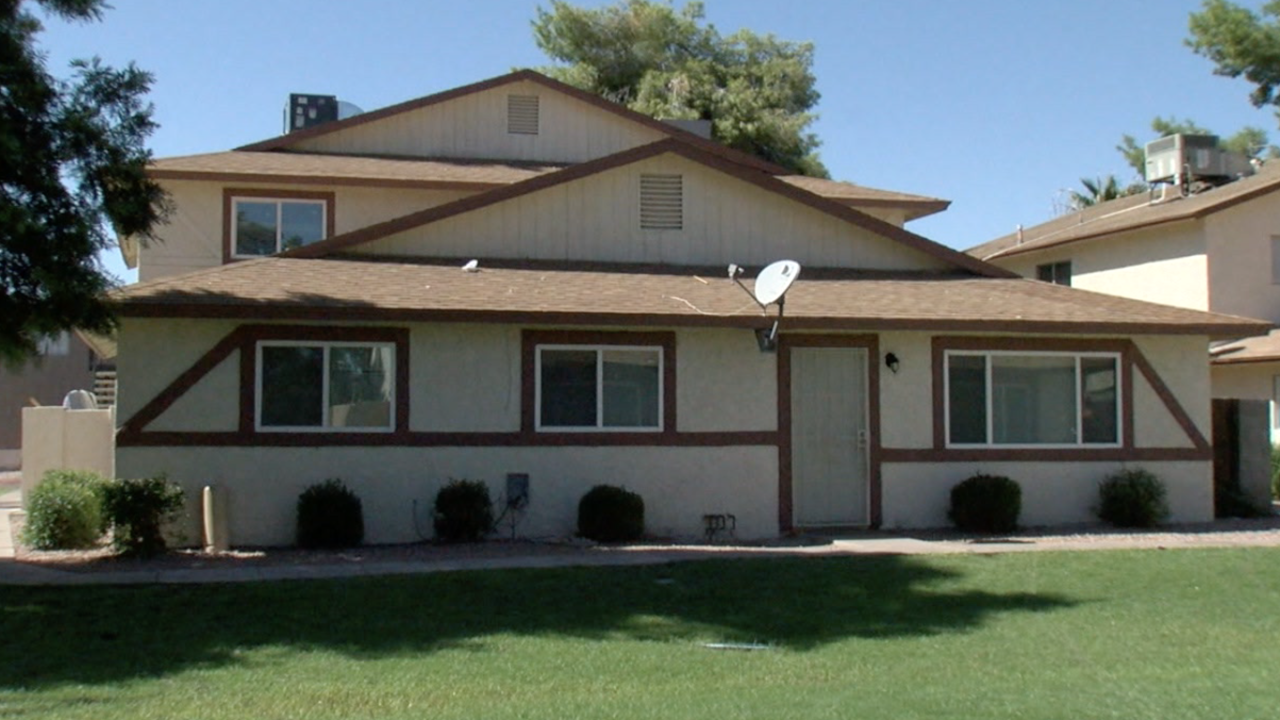 PHOENIX — A pastor in the Valley is offering her church as a place to stay for any pregnant Marshallese women who may need assistance.

Marbina Langbata, a pastor at Life Church at South Mountain, along with her husband Barmon, said the story surrounding Paul Peterson struck a chord with the Marshallese community in the Valley.

Petersen, who is currently in federal custody, is facing a long list of state and federal charges spanning investigations in three states related to his alleged role in an adoption fraud scheme.

That alleged scheme: paying for pregnant women from the Republic of the Marshall Islands to come to the United States to deliver their babies and then adopt them to families, a service that came with a high price tag.

The Arizona Department of Public Safety said eight pregnant women from the Marshall Islands were found last week at a residential building in Mesa that is owned by Petersen. Officials also conducted raids at his home and his office building.

Langbata estimates that there are between 500-600 people from the Marshall Islands living in Arizona, and says she knew just about all of them.

She and her husband moved to the United States for their education, then stayed to do missionary work, a journey that has now lasted nearly thirty years. Langbata said even today, she still carries a piece of the islands in her heart.

She also wants the pregant women to know that the doors to their church of open to any of the women who may need help, support, or a place to stay.

"It breaks my heart. I know all the others too, the Marshallese here in Arizona, and all over, we pray about these people, these women. We really want to help in any way that we can," she said.

It is a sentiment echoed by the U.S. ambassador for the Republic of the Marshall Islands, Gerald Zackios.

In a lengthy statement sent to ABC15, the embassy said:

The Republic of the Marshall Islands, a Small Pacific Island nation with a close treaty relationship with the US, and host to the Ronald Reagan Ballistic Missile Defense Test Site strongly supports the recent arrests of individuals associated with trafficking Marshallese babies for adoption, according to Marshall Islands Ambassador to the US Gerald Zackios.

Paul Peterson, an Arizona-based lawyer, is now facing dozens of felony counts of human trafficking and fraud, conspiracy and theft, in Utah, Arizona, and Arkansas. Associate Lynwood Jennet was also arrested in connection with Peterson’s charges. Peterson’s law firm helped facilitate adoptions of Marshallese babies in exchange for travel and cash payments to Marshallese birth mothers, and charging American families tens of thousands of dollars to arrange such adoptions.

Said Ambassador Zackios, “open adoptions are a part of our local culture, where a larger group can help raise a child together. But many of these US-based adoptions are simply preying on young mothers and people in vulnerable situations, and birth mothers may not have been fully aware of what they were getting into.” Zackios pointed to Marshall Islands laws which established a government adoption agency and mandated adoptions to be conducted in-country, with adequate legal review.

US-based adoptions of Marshallese children, where birth mothers may have recently traveled, run against both Marshall Islands and US law, said Zackios, both of which prevent women traveling from the Marshall Islands to the US for such adoptions. “Adoption is not at all a bad institution, but it is wrong and illegal in both nations when babies are sold for cash, and vulnerable women are exploited.” Similar international adoptions abroad were more closely regulated in a 1995 global treaty.

Ambassador Zackios pointed to large Marshallese communities in the US, including in Arkansas, Oregon, Washington and Hawaii, which make contributions to their wider communities. Remarked the Ambassador, “as a key security partner and political ally with the US, the Marshall Islands remains a close friend.”

Ambassador Zackios urges any Marshallese woman currently in the US for adoption purposes (including those who were under the care of Paul Petersen) to call the RMI Embassy in D.C. or the RMI Consulate in Arkansas for assistance.