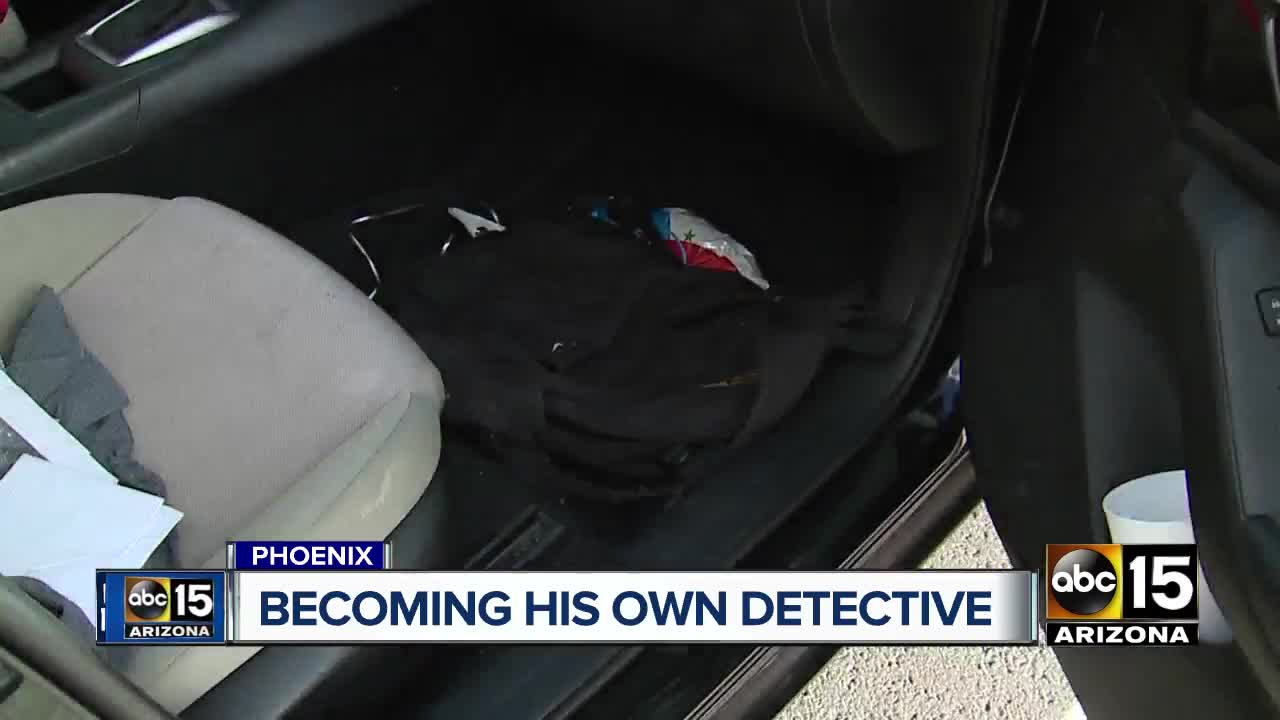 A Valley man has become his own detective to track down and find a stolen hard drive that contains memories and milestones of his child.

PHOENIX — Tymes Marsh says since the day his three-year-old son Wes was born, he's been documenting every memory. From the trip home from the hospital to his first steps, even swim lessons.

"One day I was hoping that when he got older, I could show him how much I cared about him and how much I love him," said Marsh.

Now, Marsh is doing everything to still get that chance. The father says he got a call from his bank in February, flagging some suspicious activity on his debit card. Marsh says that's when he realized one of his two backpacks were missing. Inside, his wallet and a hard drive containing thousands of photos and videos, years of memories he's collected and stored of his son.

Marsh believes someone opened up his passenger car door, which he says could have been unlocked, and took the backpack lying in plain sight.

"I thought I took everything out of it," Marsh said. "I shook it and didn't feel anything and just tossed it on the floor."

He called Phoenix police and filed a report, but decided to do his own detective work.

He started tracking charges being made on that missing debit card and pinpointed the date, location and time of at least one made at a Valley gas station. He decided to go there himself, explain his situation, and made it out with a copy of the store's surveillance video. A man he believes may be the one who not only stole his debit card but may have his most prized possession, swipes a card at the exact moment his bank said the charge was made.

"We want to get it back," said Marsh. "I don't even care about getting this guy in trouble anymore; it's just, to have those memories are way beyond this guys life."

The Phoenix detective working his case hasn't seen the surveillance video just yet, but he hopes it could lead to identifying the potential suspect and bring him one step closer to getting those precious memories back.