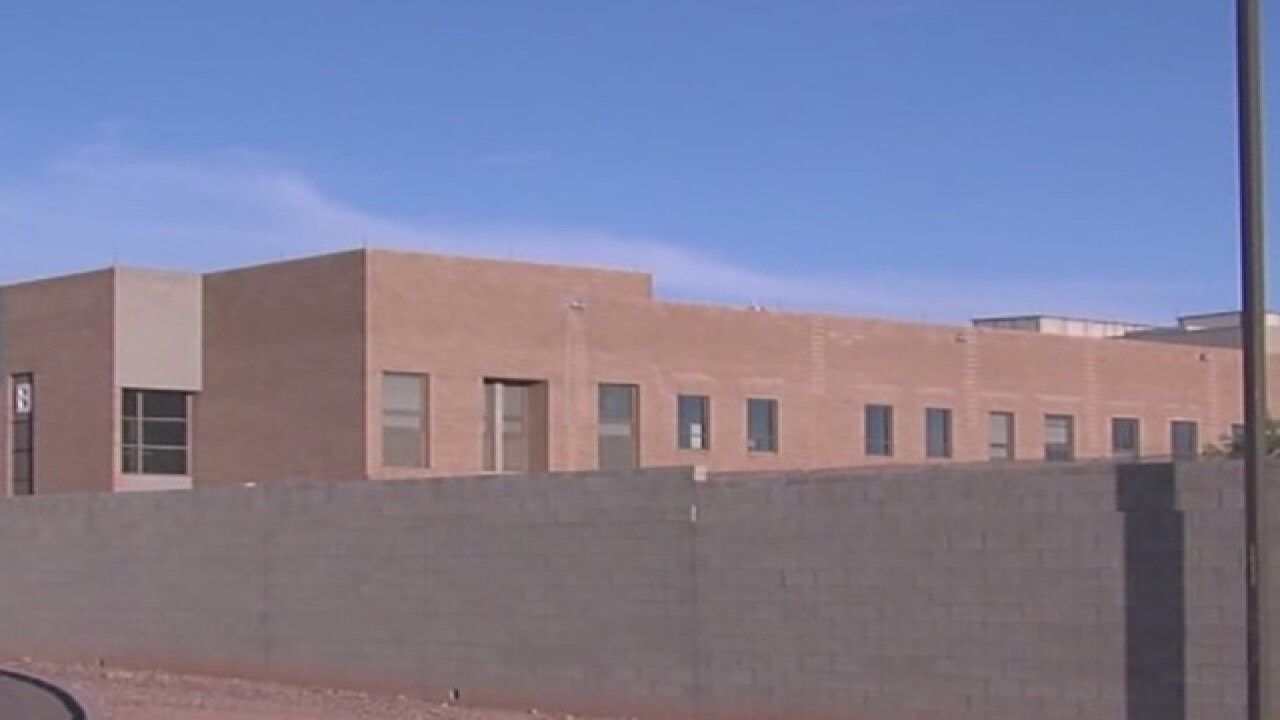 Officials are investigating an outbreak of diarrheal illnesses caused by the parasite in Maricopa County.

The most common symptom is diarrhea, which generally begins after infection. Other symptoms could also include cramps, dehydration, nausea, vomiting, and fever.

According to officials, people with healthy immune systems usually recover in one to two weeks.

For anyone with a weak immune system the illness can last much longer and be much more intense, as 15-year-old Kamryn Albers found out. The Phoenix teen has Down Syndrome, so her immune system is already compromised.

“It was like nothing I’d seen,” said Kendra Woodruff, Kamryn’s mother.

Woodruff said that when her daughter came down with Crypto, it was painful to watch her suffer through it. She said that for two weeks Kamryn slept about 17 hours a day, and when the teen was awake she was either in the bathroom or doubled over, crying in pain.

“Lots of throwing up in the hospital, going to the restroom, I'd say, a dozen times," Woodruff said.

After taking her daughter to the emergency room, and later getting a call that she had tested positive for Crypto, Woodruff then received a call from the county nurse.

Woodruff said that until then she’d never heard of the disease and is now learning that it’s a known health risk associated with pools. She’s angry that water parks and public pools don't take more responsibility in warning people.

"You get on a rollercoaster, it says if you're pregnant or have a heart condition don't ride this ride. I would've loved to have that choice," Woodruff said. “I can’t take risks like this with her health, we would’ve found something equally fun to do instead.”

Cryptosporidium parvum usually spreads in pools or other recreational water when an infected person is in the water.

“If you have diarrhea lasting longer than ten days, blood in your stool, or have trouble staying hydrated, see a healthcare provider,” said Dr. Rebecca Sunenshine, medical director for Maricopa County Department of Public Health.

Public health strongly recommends that infected individuals follow these guidelines to avoid spreading the disease to others:

·         Do not swim or play in recreational water (pools, hot tubs, splash pads, lakes, rivers, etc.) if you have diarrhea and for at least two weeks after diarrhea stops.

·         Wash hands with soap and water thoroughly before preparing food and after toileting or diapering. Alcohol-based hand sanitizer is not effective against Crypto.

·         Children with diarrhea should be excluded from child care settings until diarrhea has stopped.