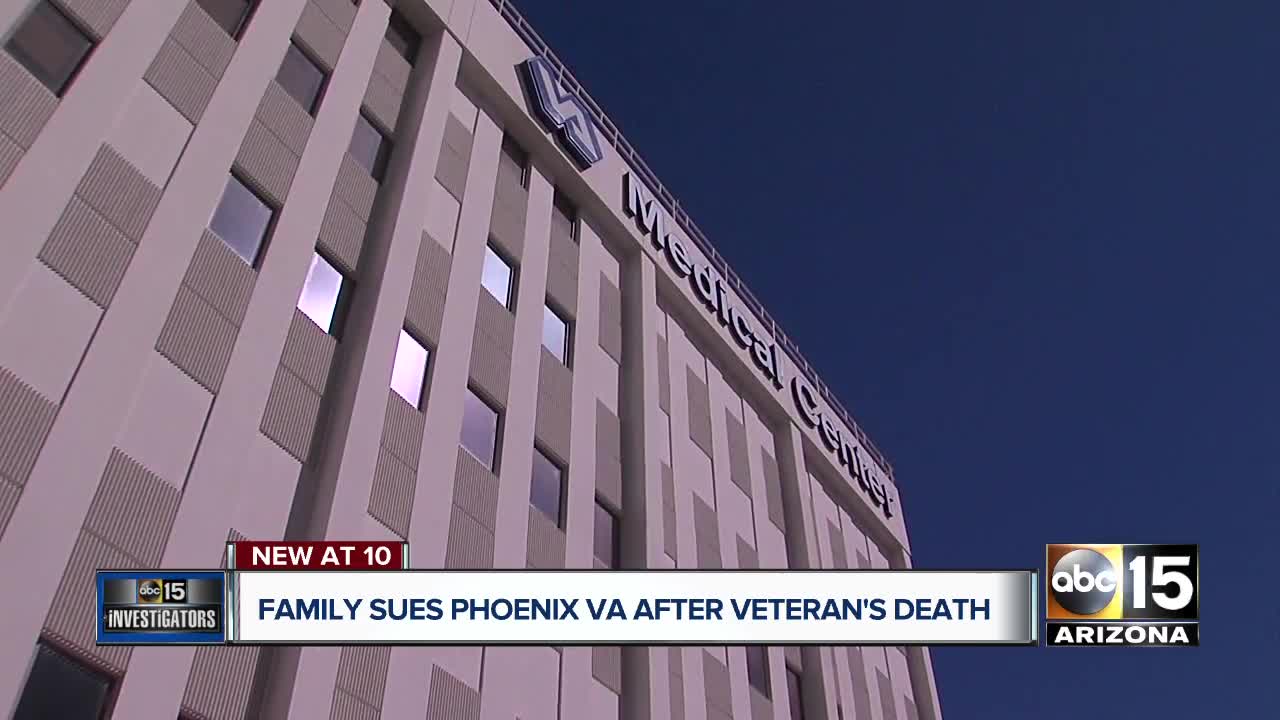 Valley veteran shot and killed by GIlbert police right outside his own home. 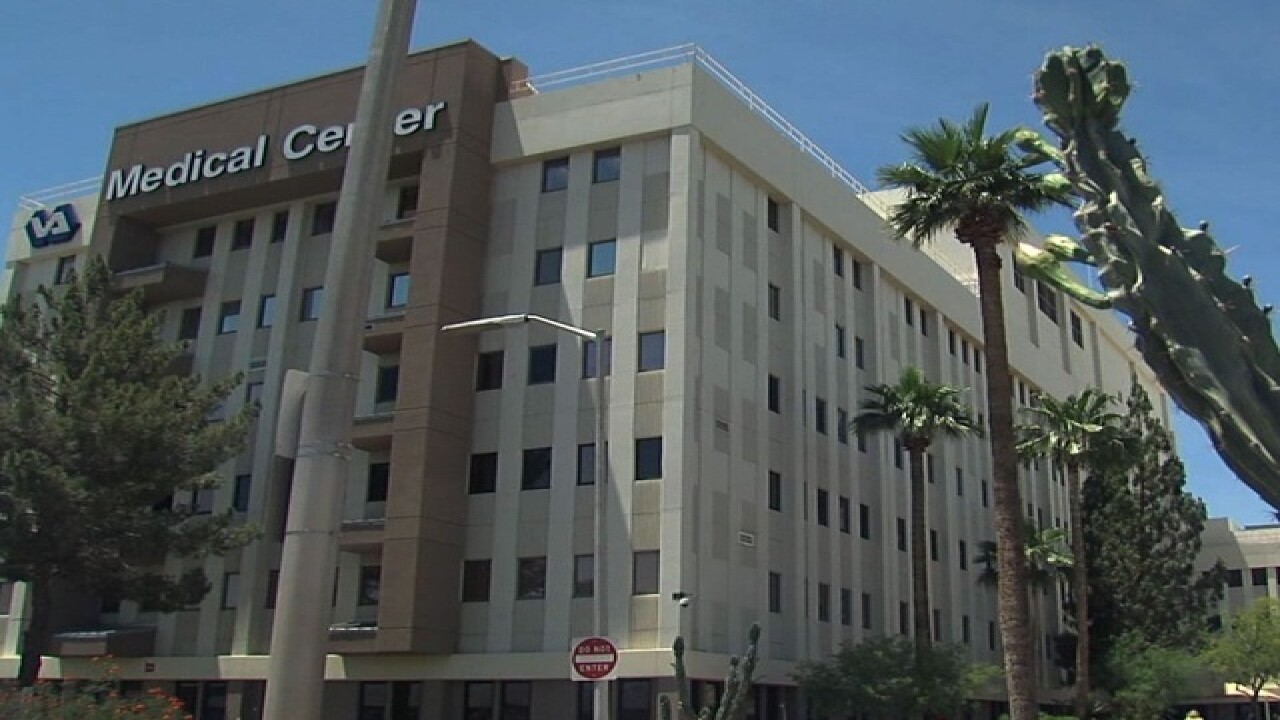 PHOENIX — A lawsuit filed against the Phoenix Veteran's Regional office for "grossly inadequate psychiatric care" gives one a glimpse into the terror, helplessness, and heartbreak suffered by a veteran who suffers from Post Traumatic Stress Disorder.

In an exclusive interview with ABC15, Maggie Jones describes the fear and desperation she felt when she reached out to the VA hospital in Phoenix, begging them not to release her fiancée Joshua Kinnard after he suffered a psychotic episode just ten days before Kinnard's death.

"He is not ready to come home yet. I begged with him, he is not ready. He is lining bullets up on our living room floor. He has tried to commit suicide," said Jones, still emotional more than a year after the tragedy.

The incident Jones is referring to is outlined in detail in legal documents that have been delivered to the VA. It describes how Kinnard had named one bullet for each of his children. Jones described him as being both homicidal and suicidal in the days leading up to his death.

Kinnard agreed to get treatment to save his family after Jones threatened to leave. Jones' attorney Richard Lyons says the VA hospital was supposed to keep Kinnard under observation for 72 hours. Jones thought he needed more treatment than just 72 hours, but he was released after spending only 60 hours at the hospital.

When Jones tried to talk to the staff at the VA she was told she was not immediate family and had no say in his medical affairs.

"If the providers at the VA would have spoken to Maggie for thirty seconds and heard about the problems Josh had over the course of that year, there is no way they would have let him go," said Lyons, a partner at the Carson Messinger law firm in Phoenix.

"They also failed to tell Maggie about options that were available to her, such as petitioning the court for involuntary treatment which is what he needed," said Lyons.

He added that most veterans suffering from PTSD are hesitant to open up to psychiatrists right away and trained staff at the VA should have known that.

"These veterans, they're not going to bare their soul to a psychologist they just met on floor 5C of the VA facility. Any reasonable mental health team will involve what is called a support group in discharge planning. They did not ask Maggie one single question. They did not know he was threatening homicide of the children he loved, he would lose his mind in fits and starts," said Lyons.

The lawsuit filed by Jones and other family members is seeking almost $30 million from the VA facility, but Lyons said this lawsuit was also about sending a strong message to the VA.

"Hopefully this lawsuit gets their attention and they change the way they operate," he added.

Jones described Kinnard as a caring, compassionate, and patriotic man. He served as a Marine sniper in Iraq right after the 9/11 terrorist attacks. Kinnard was described as a dedicated and decorated marine. While he survived being on the front lines of the war, it would take Jones almost five years to see the internal scars he still carried.

"There are demons these soldiers live with, and one just happened to be a little girl that he mistakenly killed, over in Iraq," said Jones.

The birth of their daughter unleashed those demons. "I do believe that our daughter reminded him of that little girl," Jones added.

She said the last year of Kinnard's life was filled with chaos. He could not work through his issues anymore. "It was absolutely terrifying. I had never witnessed anything like that before," said Jones.

From breaking down and sobbing, to calm, cool, detached, and controlled she described his behavior as unpredictable and erratic.

Jones encouraged Kinnard to seek help at the VA, at one point even threatening to leave him to protect their family. Jones said he was rated as having a disability by the VA and that is when things started to get worse. "We were in danger," said Jones.

She saw him go from spurts of homicidal to suicidal behavior. "I begged the VA not to release him. I called them the day he was released, begging them not to release him because there were bullets lined up on our living room floor and he was naming off our children's names, and he knew exactly how he was going to take our family, murder us," said Jones.

The VA released him with a lot of medication, but after a follow-up visit in which Jones told a VA staffer he did not like how his medication made him feel, Jones said he was just given more medication, and told to come back after thirty days. That is when Kinnard turned to Jones and told her he was done with the medication. He stopped taking his drugs.

That is when Jones said things got out of control. Gilbert police were first called to their home by neighbors who heard fireworks. "He was lighting off fireworks in our front yard. He was trying to set himself off into a PTSD episode, bring back his combat days," said Jones.

The day Kinnard died, Jones said she stopped by the home to check on him and found him suffering a psychotic meltdown in the swimming pool. This was in February 2018, too cold to be in the pool. Jones said Kinnard indicated to her that he was going to die that day, but she encouraged him to get rid of those thoughts and think positively.

Jones said Kinnard eventually became frantic as he searched around the home for his weapons, and could not find them because she removed all of them, except the rifle in his car. Gilbert police were already at the home at this point but had told Jones they could not do much because Kinnard was inside his own home, in his own pool.

As police were outside talking to Jones and her friend, Jones said Kinnard approached them and pointed a rifle at police. That is when police opened fire and shot and killed Kinnard.

It is a tragic story of a man who loved his country, his family, and tried his best to cope with a mental illness that eventually took control of his life.

"If they would have taken the time to listen to me, to the family then maybe, actually I know this would have been a different outcome," said Jones, referring to the VA staff not wanting to listen to her concerns.

Jones has already dedicated her life to helping other veterans and first responders who suffer from PTSD. "I vowed before we closed his casket that I would do my best to make sure this didn't happen to anyone else again," said Jones.

She has started the Joshua Kinnard Foundation in his memory. The foundation provides scholarship opportunities to veterans and first responders who want to get alternative therapies involving the arts, music, and equine animals said, Jones.

You can read more about Jones' mission here.

She is planning to meet with lawmakers later this week to talk about changing laws and VA policies to involve domestic partners and caregivers in medical matters concerning veterans who suffer from PTSD.

Jones says she had also informed the VA that Exhale PTSD, a recovery center based out of Chandler had offered a 30-day bed to Kinnard but the VA had a bed available on the 5th floor at the time of his psychiatric episode, so they would not give him the approval to go to another facility. Jones questions the quality of care and why they would release him after just 60 hours, after such serious issues that affected his and his family's safety.

ABC15 reached out to the Phoenix VA for comment. A spokeswoman sent us this statement:

"The VA does not typically comment on pending litigation, but thousands of Veterans in Arizona choose to be treated at the Phoenix VA Health Care System because they know we provide quality health care that improves their health and well-being. Phoenix VA operates one of the largest and most complex facilities in the nation and is seeing more patients than ever before more quickly than ever before. In addition, the facility compares favorably to nearby non-VA hospitals in many areas."