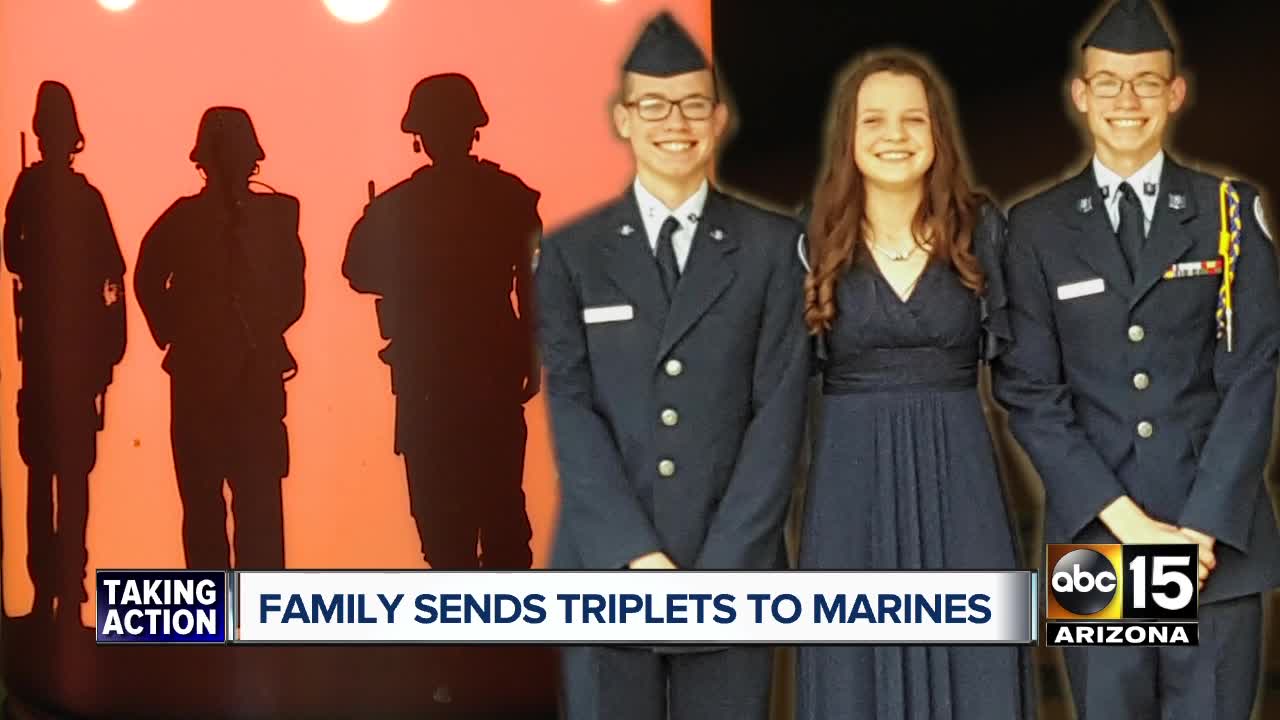 For two decades Larry and Carrie Mase have had children in the house, but this spring they'll have the house to themselves, sending their triplets off to join the military. 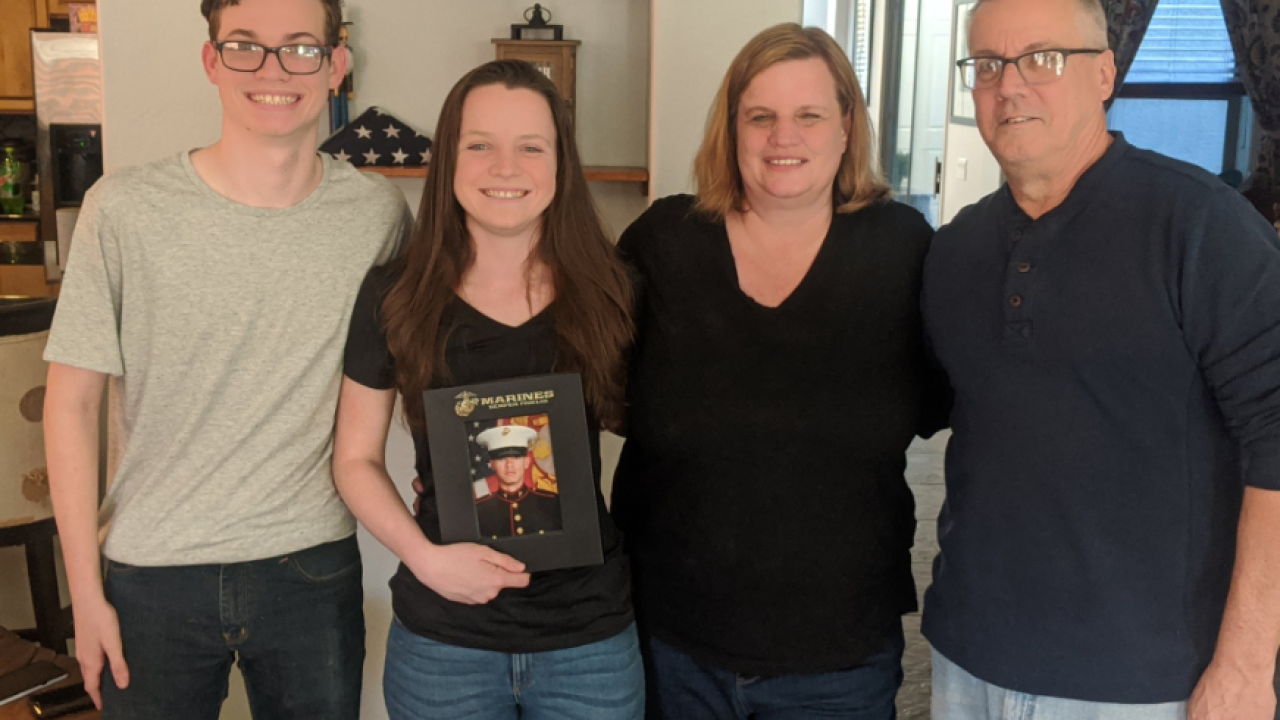 MARICOPA, AZ — For two decades Larry and Carrie Mase have had children in the house, but this spring they'll have the house to themselves, sending their triplets off to join the military.

"Constant chaos," said Carrie, describing what it's like to raise triplets. "We've supported them no matter what they wanted to do."

Larry and Carrie found out they were having triplets just two weeks before moving from New York to Phoenix. The couple already had two children.

Hayley, Ian and Andrew Mase were all born one minute apart, joined ROTC in high school, and are now all three enlisting in the Marine Corps. Andrew, the youngest of the three, was the first to enlist and is currently in combat training.

Hayley, the oldest sibling, is preparing to travel across the country for boot camp in February, and Ian will follow suit, hoping to begin boot camp in March.

"They've always been very close, as you would expect," said Larry.

"We can understand what we're trying to say to each other without actually saying it," said Ian.

The triplet's enrollment in the military will be the first time they are separated for an extended period of time.

"I know being apart will be kind of hard, but once we get back together it's like there was no time apart," said Hayley. "More of like a 'see you later.'"

In light of the attacks in the middle east, Hayley, Ian and Andrew's parents are naturally worried for their children's safety, and the potential that they will be deployed to a combat zone.

"That's been weighing in our minds big time," said Carrie. "Knowing that all three of them have a potential to be deployed, that's a tough thing for a mom."

"Knowing that this is their decision and that it's really their dream, it helps a little," said Larry.

The soon-to-be empty-nesters will also have to prepare for their new lives without any kids in the home.