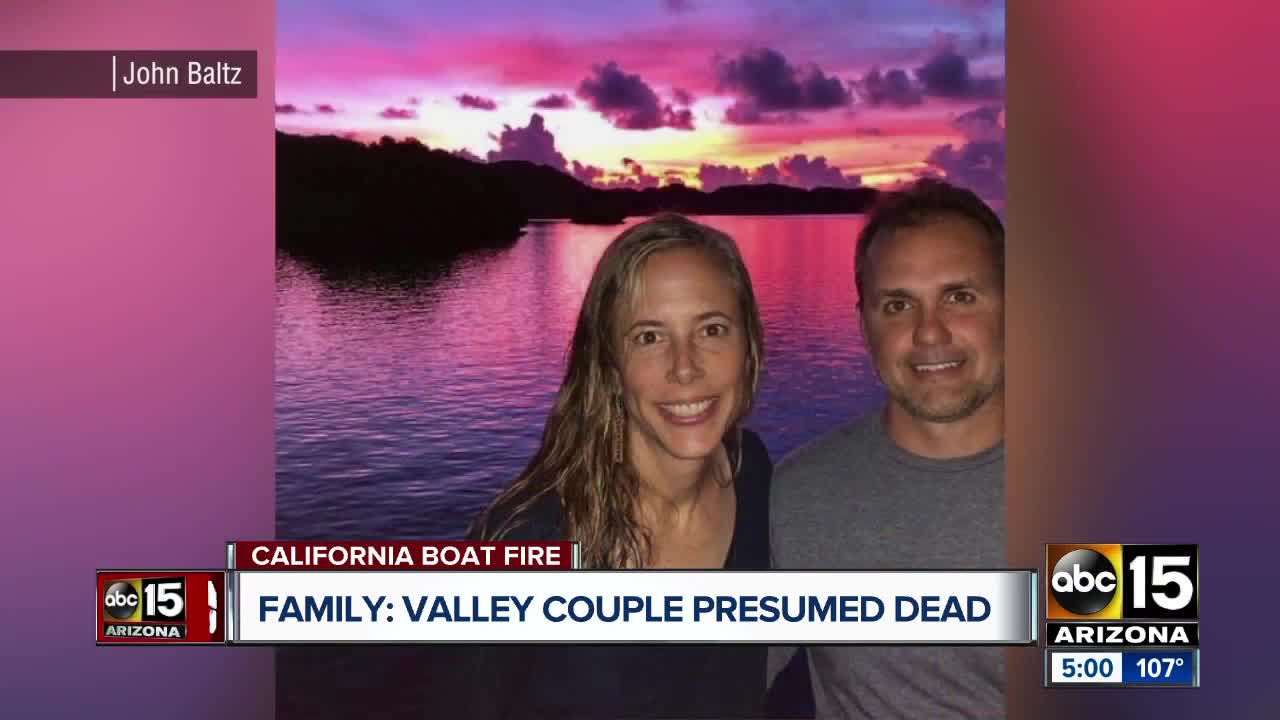 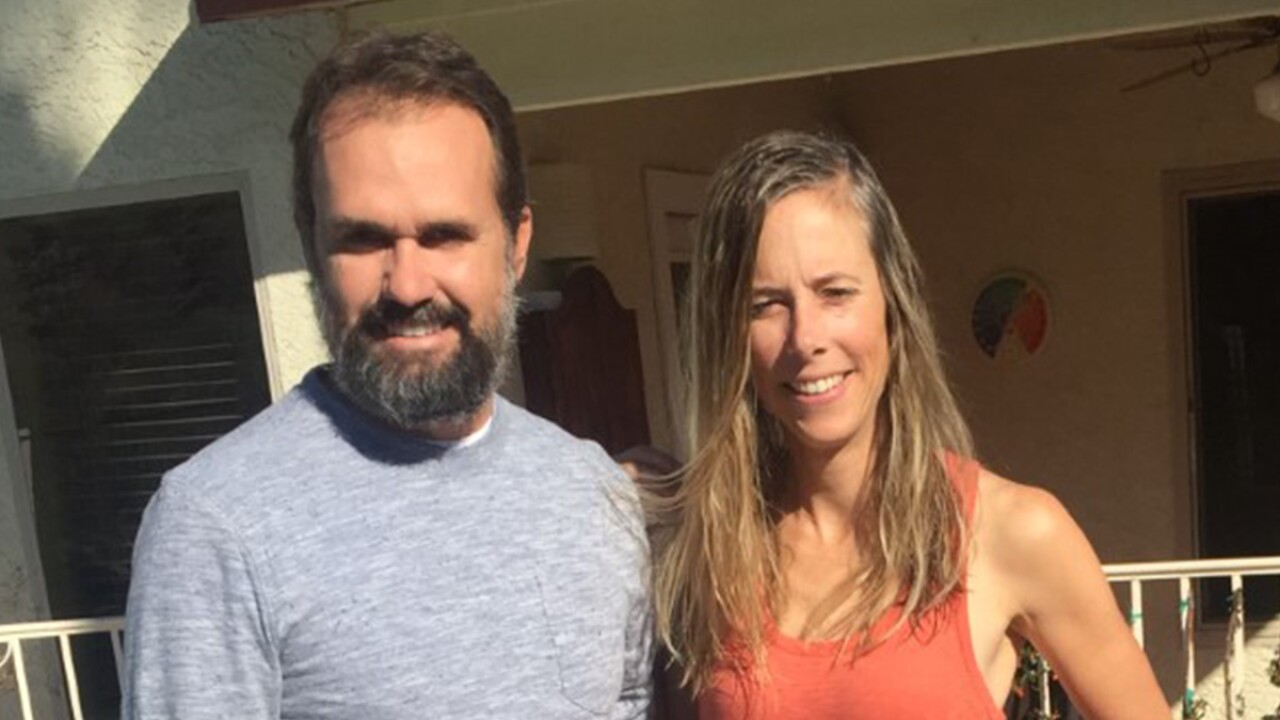 PHOENIX — Two Valley residents were on a boat that caught fire, killing at least 20 people off the California coast early Monday morning.

Baltz's family confirmed to ABC15 that the couple, Patricia Beitzinger and Neal Baltz, were aboard the ship at the time of the blaze.

"They went to heaven doing something they loved together," said John Baltz, Neal's father.

Beitzinger's family said they were not ready to comment at this time, and were still waiting on "official confirmation" from authorities.

Law enforcement said in a press conference Tuesday that 20 passengers' bodies have been recovered so far. The Santa Barbara County Sheriff said that eleven of the confirmed passengers are women and nine are men.

Twenty bodies have so far been recovered from the scene, officials said Tuesday morning.

The U.S. Coast Guard said search efforts have been suspended and that they believe the remaining 14 passengers who have not been found are dead.

Law enforcement has not yet formally released any identities of those involved, but say there are no other survivors from the incident.