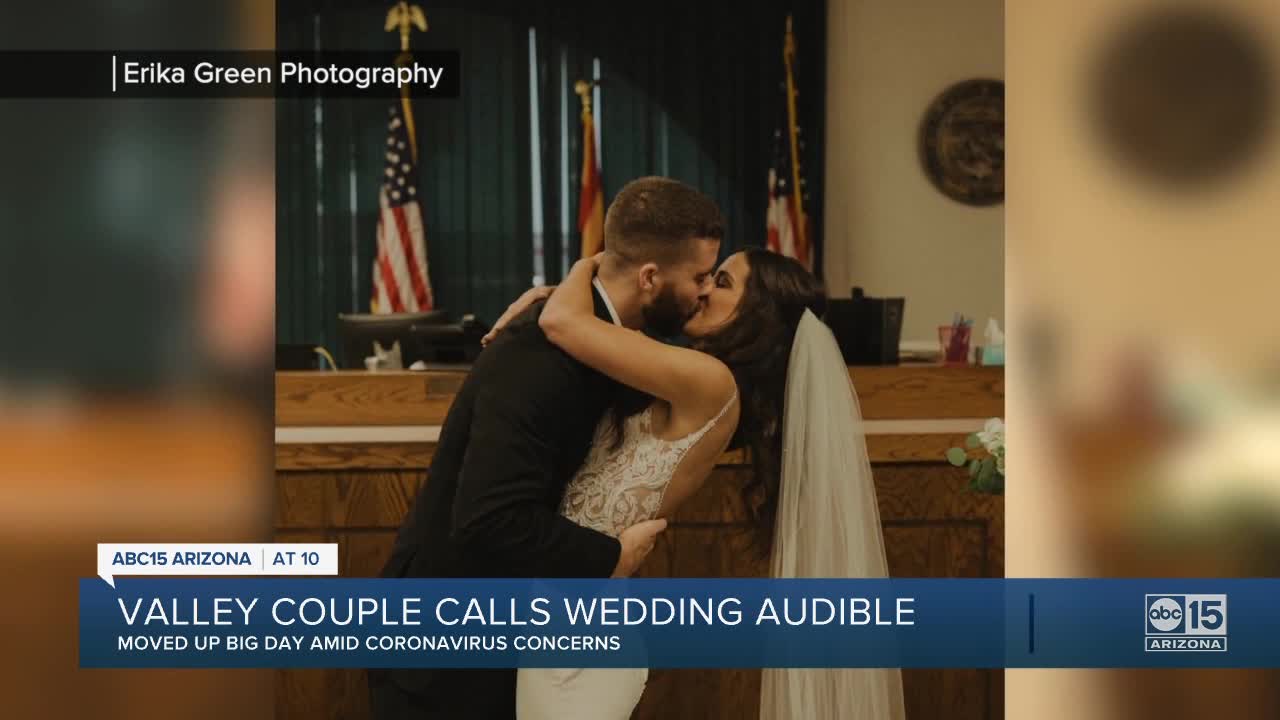 A Valley couple moved up their wedding day amid the coronavirus scare, fearing their April date would not be possible. 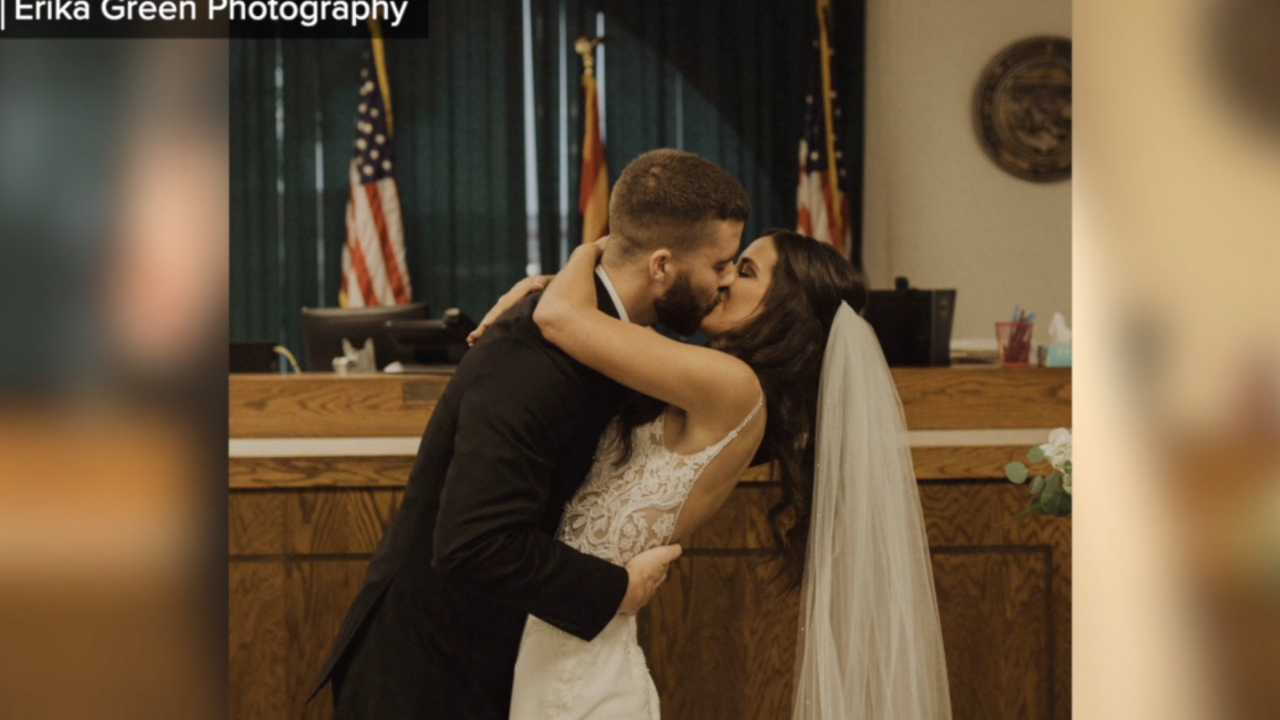 PHOENIX — The past week has been one of cancellations and isolation for many across the country.

One Valley couple found out their April wedding was no longer going to be an option. But instead of crying and postponing, Katrina and Eric Przybylowicz embraced the chaos and called an audible.

“It became clear to us in a matter of hours if this was not going to happen,” said Katrina. “98 percent of our guests were from out of town.”

Monday afternoon, as new restrictions went into place, Katrina texted her fiancé and said, “This is going to sounds crazy, but do you want to get married this week?”

In a matter of minutes the couple was calling their parents to alert them of the last-second decision. Then they called their florist, photographer, and seamstress.

Over the next 48 hours, the couple’s parents flew in from Texas and Philadelphia, the seamstress spent all night altering the wedding dress, the florist threw together a bouquet, and the photographer showed up Wednesday evening at the courthouse.

The two were married in front of their four parents, photographer, and the judge. A far cry from the 200 people they had planned to host for the April wedding. Still, they called it “perfectly imperfect.”

“All the normal traditions were out the door,” said Katrina Przybylowicz. “It just came down to us promising and vowing to each other our commitments. That’s what made it so perfect. And our parents, I think if we could have anyone with us, we were able to have both of them there with us and that’s really all that mattered.”

It also rained the evening of their wedding, but the couple says that did not dampen the day either and they took pictures outside.

The couple says they planned to go to Greece and Spain for their honeymoon. Right now they are quarantined at home, but hope to travel sometime in the future.

“I think if we were given the opportunity we would do it again, the same way,” said Katrina.