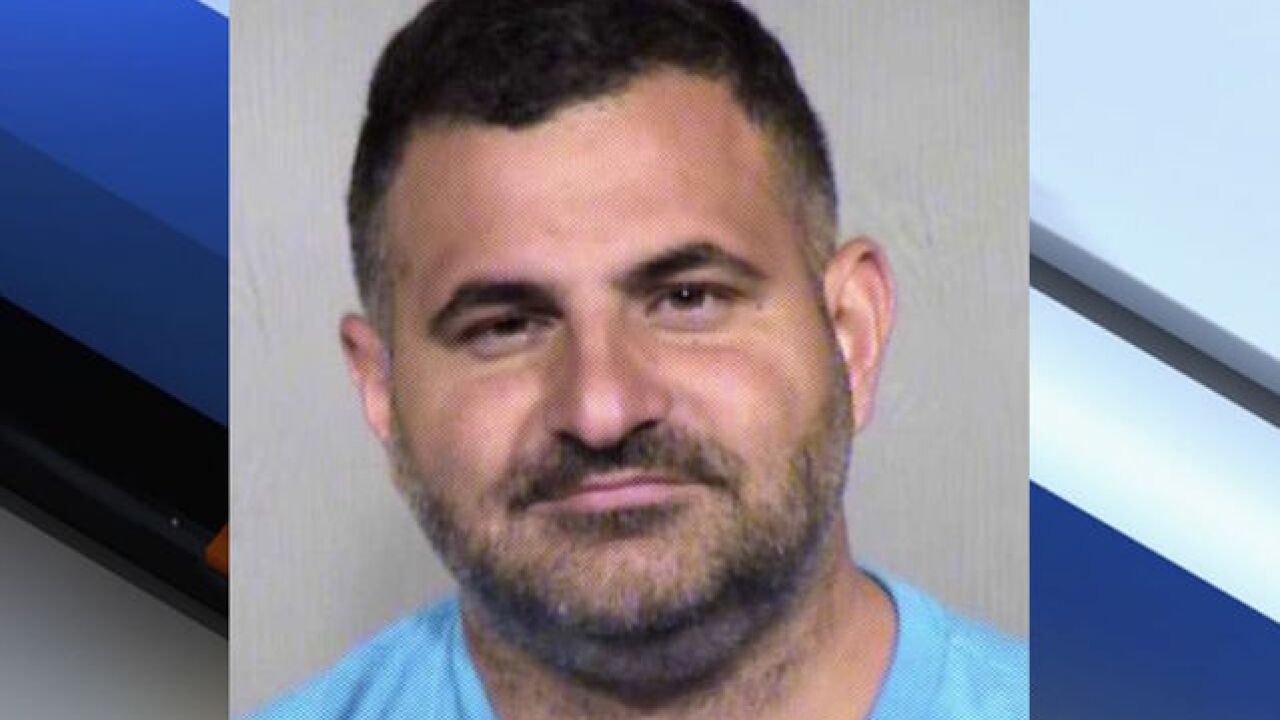 A Valley used car dealer with a history of fraud has been arrested on theft charges by detectives with the Arizona Department of Transportation's Office of Inspector General.

According to ADOT officials, owner of Trade-In Auto Brokers dealership Robert Salmo had recently advertised a 1966 Pontiac Grand Prix online under the name of his business.

Salmo was contacted by an out-of-state buyer who purchased the vehicle for $7,000. The buyer then sent an auto hauler to pick up the car, but Salmo allegedly told the buyer he didn't have the title yet. Officials say the buyer eventually discovered that the title was clear and in Salmo's possession. He later found the same vehicle for sale again on the same website.

ADOT officials say Salmo has a history of not providing vehicle titles and using bait-and-switch tactics. He was previously arrested in July 2017 for failure to appear and pay fines on several prior violations

At the direction of the Attorney General's Office, ADOT'S Office of Inspector General began investigating and arrested Salmo for theft of the buyer's money without delivery of the car. During the investigation, detectives learned that Salmo had pulled similar scams on several buyers.

Salmo is facing charges of Class 3 and Class 4 felony theft, as well as several misdemeanor charges, including fraud schemes and selling on a canceled dealer's license.

Tips on how to avoid potential fraud can be found on ADOT's website.

ADOT offers help to victims of fraud involving vehicle titles, registrations, and driver licenses. You can call their 24-hour fraud hotline at (877) 712-2370 or email fraud@azdot.gov.