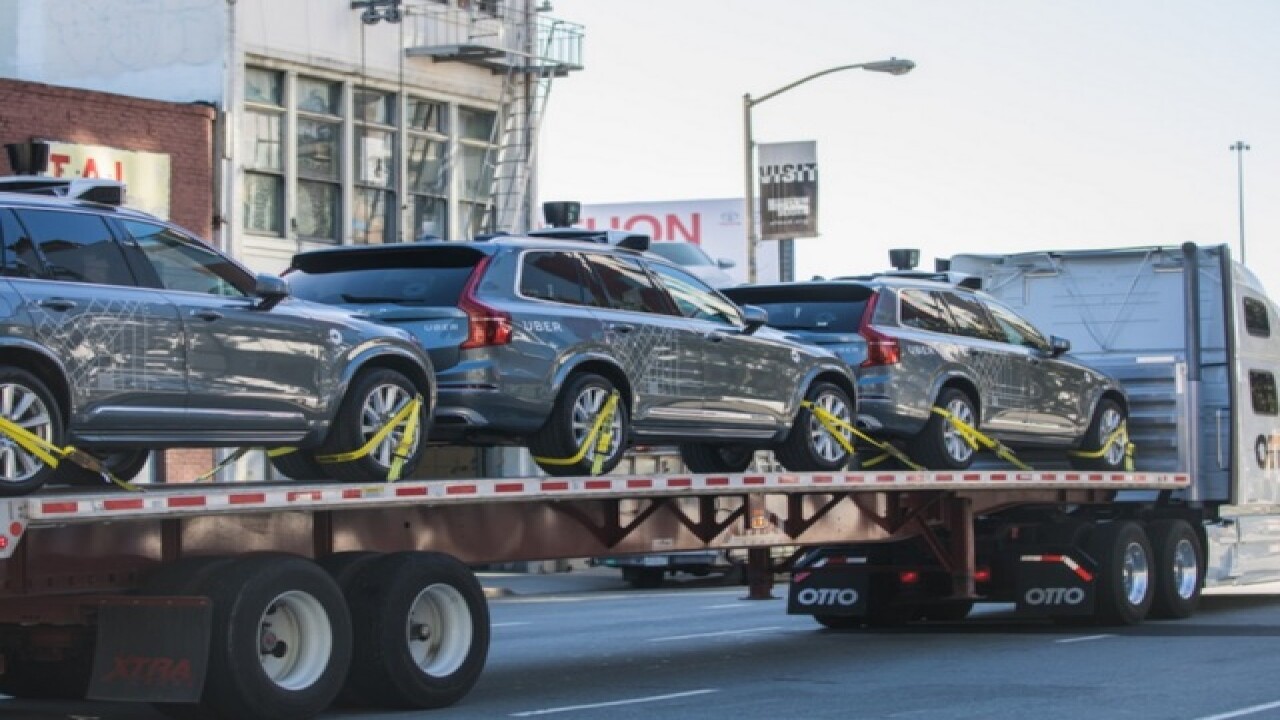 A fleet of self-driving Uber cars left for Arizona on Thursday after they were banned from California roads over safety concerns.

The announcement came after Arizona Gov. Doug Ducey took to social media on Wednesday and Thursday touting Arizona as an alternative to California for the ride-hailing company to test out its self-driving cars.

Uber said in a statement that it had shipped its cars to Arizona and will be expanding its self-driving pilot program in the next few weeks.  The company hasn't announced a date when the cars will be tested, nor did it provide details about how many cars were included. Uber previously had 16 self-driving cars registered in California.

"Arizona welcomes Uber self-driving cars with open arms and wide open roads. While California puts the brakes on innovation and change with more bureaucracy and more regulation, Arizona is paving the way for new technology and new businesses," Ducey said in a written statement.

Uber's arrival comes after tech giant Google has been testing its own self-driving cars in the Chandler area for the past several months.

Ducey spokesman Daniel Scarpinato said the governor has been a strong supporter of driverless car technology and new business models, signing in August 2015 an executive order supporting the testing of such cars in Arizona.

The California Department of Motor Vehicles had threatened legal action if Uber kept the cars on the road, saying they needed the same special permit as the 20 other companies testing self-driving technology in California.

Uber said it doesn't need that permit because the cars are not sophisticated enough to continuously drive themselves. Still, the company promotes the cars as "self-driving."

The ride-hailing company and state regulators negotiated for a week, but Uber pulled its cars off California roads Wednesday after state officials announced they would revoke the vehicle registrations of all 16 self-driving cars.

The DMV said the registrations for the vehicles were wrongly issued because they were not properly marked as test vehicles. It invited Uber to seek a permit so their vehicles could operate legally in California -- an offer the company said it did not plan to accept.

Uber said on Wednesday it was looking for other places to test out the cars but remained 100 percent committed to California and would redouble its efforts "to develop workable statewide rules."

"This is about economic development, but it's also about changing the way we live and work. Arizona is proud to be open for business. California may not want you, but we do," he said in a statement.