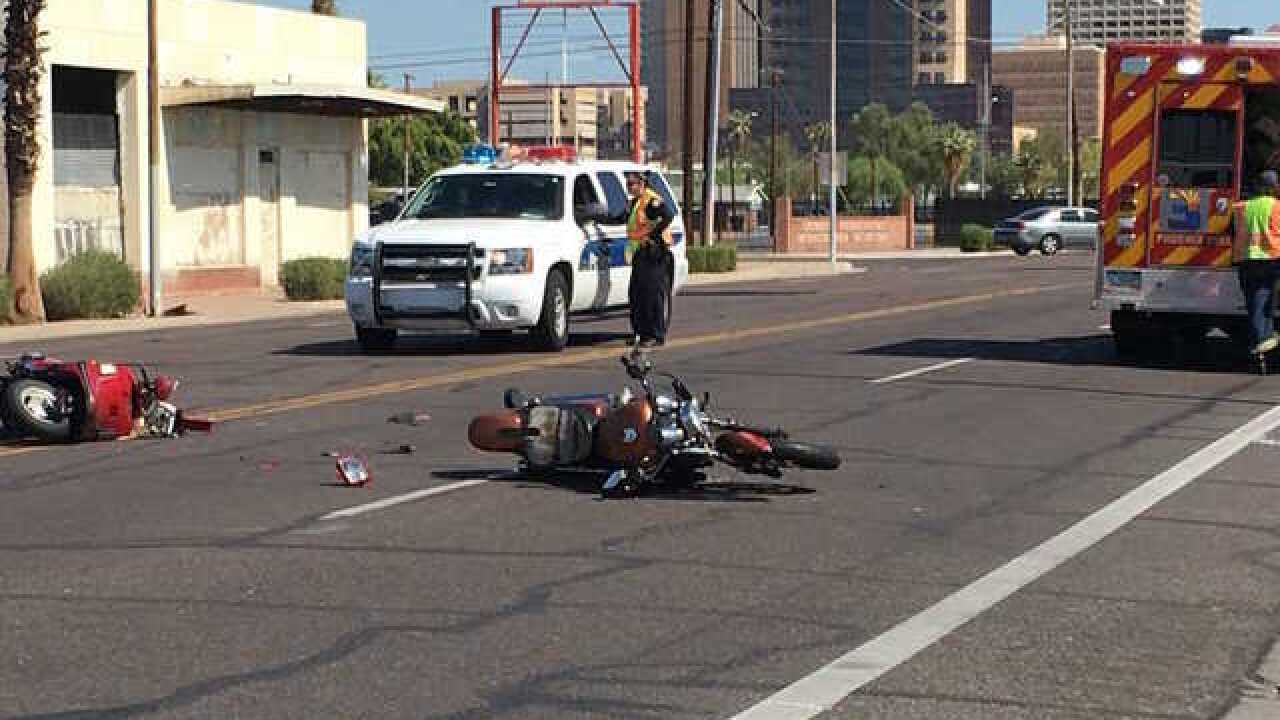 Two motorcyclists are hospitalized with serious injuries after being struck by a car in Phoenix Sunday morning.

Officers responded to Buckeye Road and Central Avenue around 9 a.m. after receiving reports of a crash.

According to officials, two motorcycles were heading northbound on Central Avenue when a vehicle turned in front of them. Both motorcycles collided with the car.

After the crash, the driver of the car attempted to leave the scene but was detained shortly after, authorities said.

Impairment is believed to be a factor in causing the crash.

The motorcyclists suffered serious injuries in the collision but no further information was immediately available.