By: abc15.com staff items.[0].image.alt Photo by: Courtesy Blake Harms PHOENIX — Two security checkpoints in Terminal 4 have been closed and other areas evacuated at Sky Harbor International Airport on Tuesday afternoon as police investigate reports of a suspicious item. As a result, the B and C security checkpoints were closed and levels 1 through 3 of the east side of the terminal were closed.

PHOENIX — Officials say Sky Harbor Airport's Terminal 4 is back open after a security incident on Tuesday prompted checkpoints to shut down and temporary evacuations.

The B and C security checkpoints were shut down Tuesday afternoon, and levels 1 through 3 on the east side of the terminal were closed, due to a suspicious piece of luggage, police say.

The disruption caused huge crowds to gather on either side of security. Photos taken from inside the airport show huge crowds inside the terminal waiting for flights. 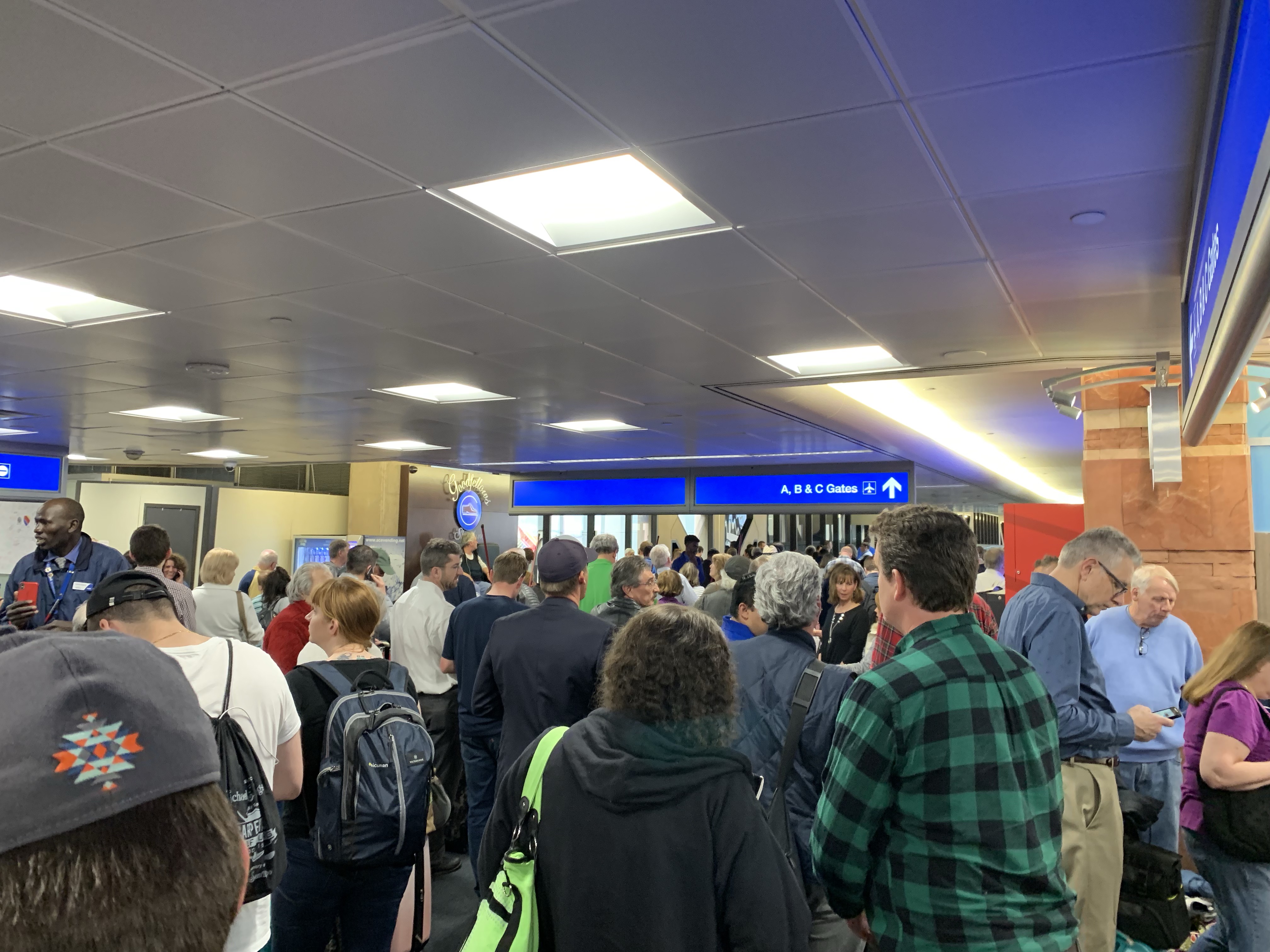 The incident also temporarily restricted the Sky Train to travel between the 44th Street station and the East Economy parking lot.

Traffic, which had been prevented from entering the airport from the west side, was flowing again as of 4:40 p.m., according to video from our Cliff Castle Chopper. Check the latest traffic conditions here.

A police spokesperson said the suspicious item was a piece of luggage passing through one of the security checkpoints.

The department's bomb squad evaluated the luggage and determined it was safe.