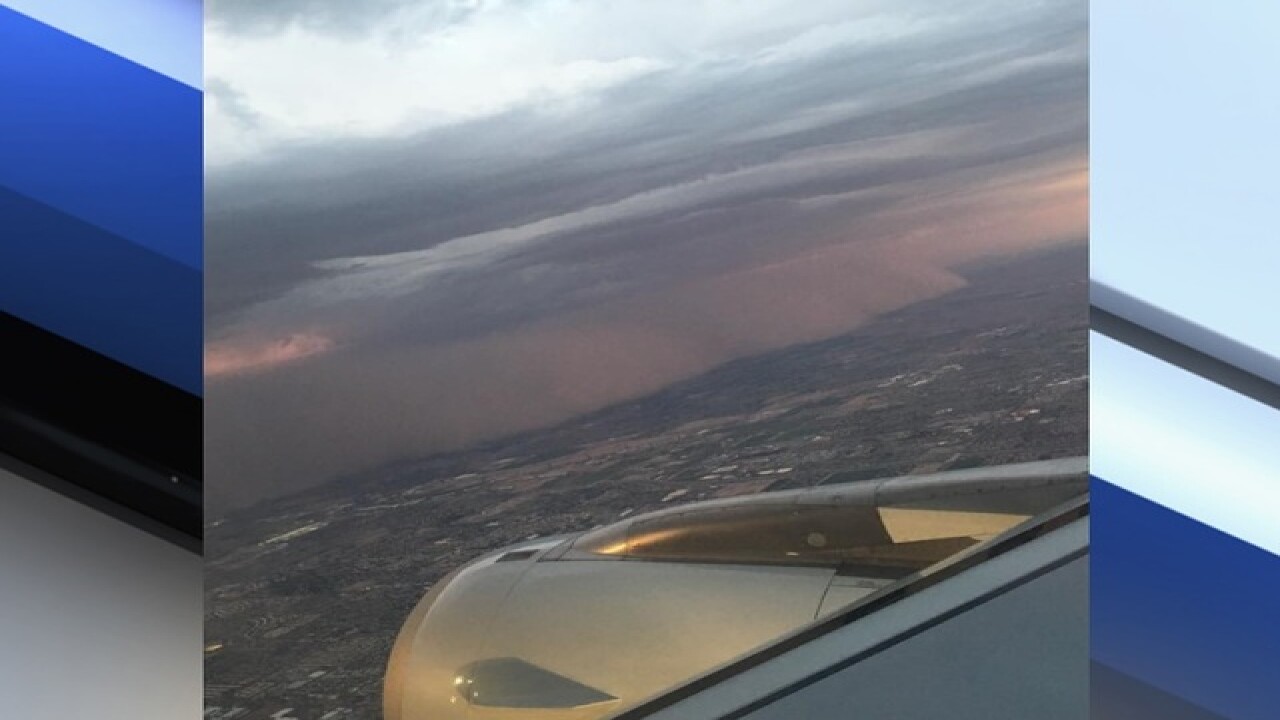 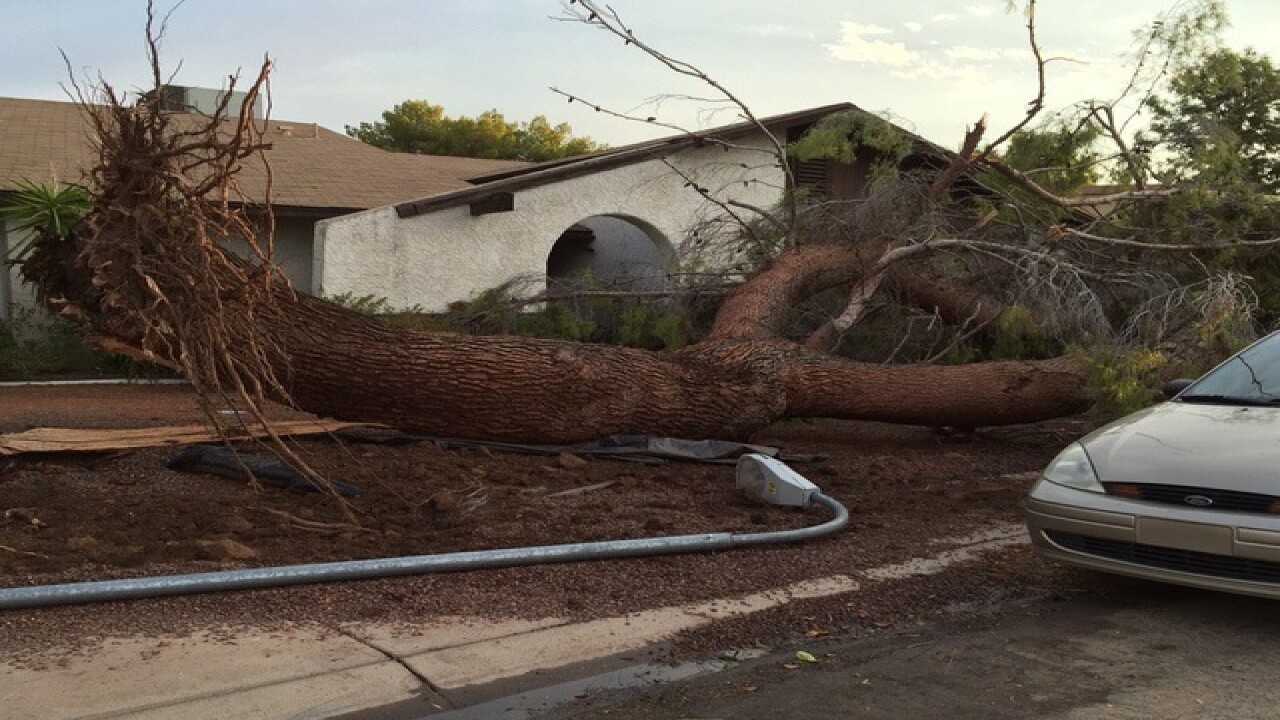 Wind, dust, lightning and rain descended on the Valley Friday evening as severe thunderstorms moved through, and several were dealing with the aftermath of the storms on Saturday.

Thousands are still without power in the Valley.

APS reported about 24,000 customers were without service at the height of the storm. The utility's website for outage information said it was experiencing a "significant outage event." For the latest APS outage information, click here.

SRP reported more than 6,700 customers were without power around the same time, which increased to 10,000 just before 10 p.m. on Friday. Pockets ranging from several hundred to one with more than a thousand were scattered across the East Valley, with pockets in Scottsdale, Paradise Valley, Mesa and Chandler. For the latest SRP outage information, click here.

At least 25,000 lightning flashes across central AZ this evening. #azwx

On Saturday, the Buckeye Municipal Airport was closed down due to debris and a power outage from the storm. It reopened in the afternoon.

American Airlines delayed three flights and diverted three others to nearby airports. Four Delta flights were delayed, along with two each for Jet Blue and Frontier.

Airport officials asked passengers traveling to double-check their flight status before leaving for the airport.

At Williams-Gateway Airport in Mesa, officials said Allegiant Airlines suspended operations due to weather as lightning was reported striking at the airport. Crews could not load passengers or baggage because of the strikes.

The suspension in operations meant the airport's Transportation Security Administration employees left, with no departures for which to screen passengers.

An ABC15 viewer reported that those who showed up for their flight were stuck at the airport. Officials said the airport is staffed by security and operations around the clock, though the dining options were limited to vending machines during the overnight hours for any who decided to stay.