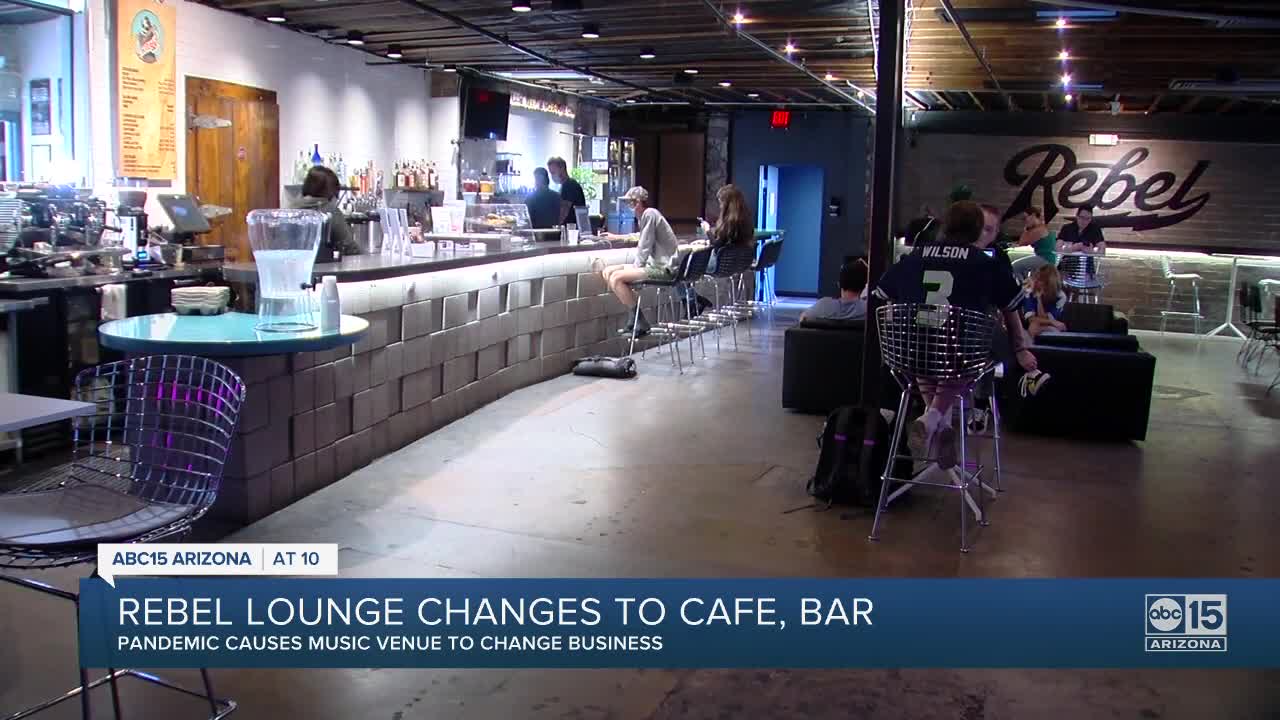 Rebel Lounge in Phoenix has changed its business model after the coronavirus pandemic halted business altogether. The music venue closed on March 15 and just opened for the first time on Saturday as a cafe and bar. 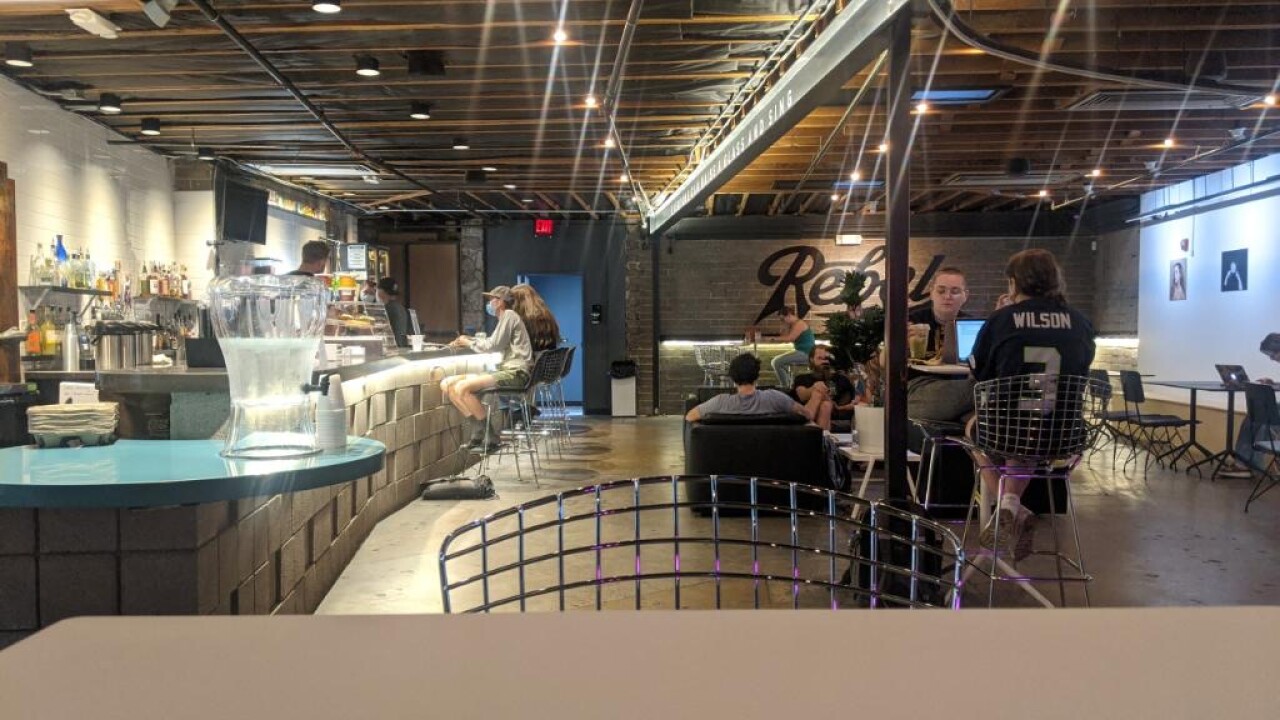 PHOENIX — In a move for survival, a local music venue is trading rock shows for lattes.

Rebel Lounge in Phoenix has changed its business model after the coronavirus pandemic halted business altogether. The music venue closed on March 15 and just opened for the first time on Saturday as a cafe and bar.

Reap and Sow Coffee mans the counter during the day serving the usual coffee favorites, pastries and burritos, but at 6 p.m. the mood changes. Rebel Lounge takes over, lowering the lights, and turning up the music, to become a 21 and over bar.

"I used to be in a band, and Steve was the tour manager for that band," said Reap and Sow Co-owner Lance Linderman about his longtime friendship with Rebel Lounge Owner Stephen Chilton. Linderman had been looking to open a second coffee shop location near downtown Phoenix, and had floated the idea Chilton before the pandemic.

"When COVID hit it was like maybe this is the right time to try this out," said Chilton. "I don’t foresee concerts coming back for a while."

We’re back! 🎉 On Saturday, The Rebel Lounge reopens to the public - not as a concert venue for...

Posted by The Rebel Lounge on Wednesday, October 21, 2020

Chilton added he believes it will be six months to a year before live music will return to Rebel Lounge. Bringing in a coffee shop to add revenue during the day was a move for survival since revenue has been nonexistent since March.

"We were able to give them the proper licensing to let them be legal to open as a bar," said Linderman. "Then we can bring in some extra revenue as a coffee shop during the day. It's a win-win across the board."

Arizona Senator Kyrsten Sinema co-sponsored a bill over the summer that would help local music venues. The Save Our Stages Act would create a 10-billion-dollar grant program to help independent venues like the Rebel Lounge. The bill is currently waiting to be introduced in committee.

"We were the first businesses closed and, for the most part, venues are going to be the last businesses reopened and need assistance if we’re going to survive with no revenue," said Chilton.