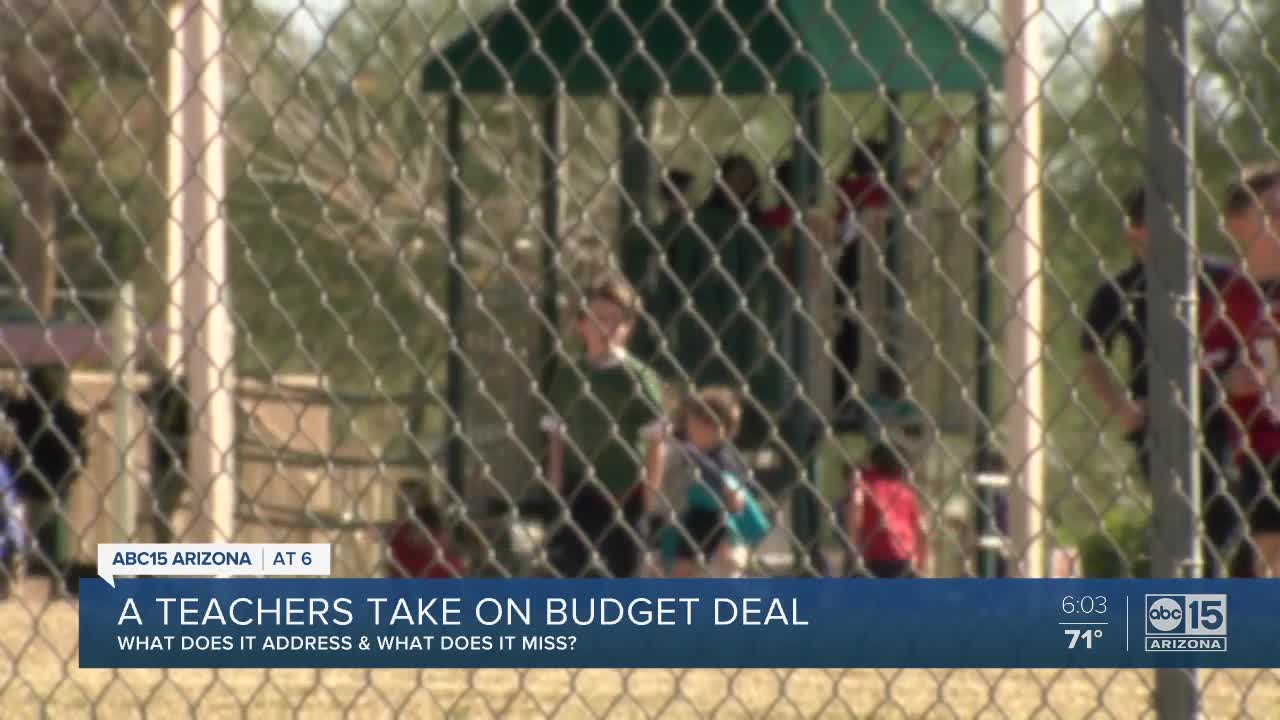 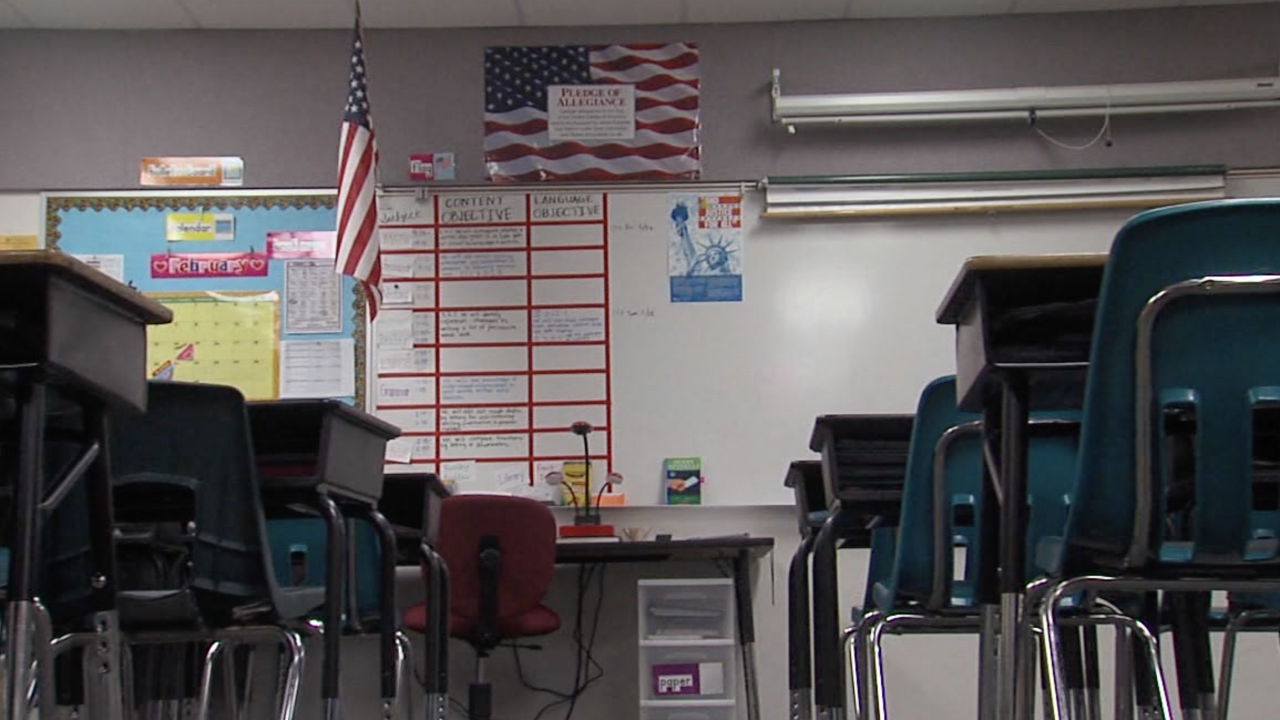 "We are pleased with the numbers in the budget. We are optimistic that spending on education is trending up over the last several years," said Chris Kotterman, Director of Government Relations for the Arizona School boards association, which represents 237 school boards in the state.

However, Kotterman did find some disappointments in the proposal as well.

"I think the biggest thing that we would like to see that was not in there would be special education funding," said Kotterman.

"Special education in Arizona is very underfunded based on the actual costs of delivering services to students," he added.

Kotterman said they planned to work with state lawmakers to see if they could pass a bill to increase funding for special education.

Reaction on the ground from teachers was mixed. Some were glad to see more money coming toward education, while others called the Governor's 20 percent raise by 2020 promise, a "lie".

"I wish the general public realized that this is his biggest lie. His calculated funding in there is really only for homeroom teachers," said Paula Watkins, a reading interventionist at the Balsz Elementary School District.

Even with a Bachelor’s and Master’s degree in Education and National Board certification, Watkins said the state did not consider her a "teacher" and thus she was not eligible for the 20 percent raise.

Her district decided to split the funds among all teachers and support staff, so every teacher got less than a 20 percent raise.

Joe Thomas, President of the Arizona Education Association said the same thing happened in many other districts including Paradise Valley, Mesa, Chandler, and Phoenix Elementary. Thomas told ABC15 all of those districts indicated they had to supplement the money given to them by Governor Ducey to ensure teachers received the intended rates.

"They used funds from district additional assistance, which is meant for soft capital items like technology, from the voter-required automatic inflationary increases to the base level per-pupil funding, and from their own district budget overrides they had to convince voters to pass every five years," said Thomas.

In a statement, the Governor's office said:

The governor made a commitment to raise teacher salaries 20 percent by 2020. This year, that commitment is being fulfilled. Arizona’s balanced budget also fully restores flexible spending cut during the recession—dollars that can be used for staff salaries—two years ahead of schedule. There’s more to do, and we will continue to make Arizona’s K-12 public schools a priority.

Regarding special education, Arizona is committed to ensuring all students have access to a high-quality education that’s best for them. We look forward to working with legislators and education leaders to ensure this need is being met.


Some teachers are also raising concerns about the Governor's "results-based funding model" that rewards well-performing schools.

Alexis Aguirre, a teacher at the Osborn elementary school district said she did not think that was fair.

"We have a mandate that all schools should be funded equally. This is a slap in the face to those in lower-income districts and struggling families," said Aguirre.

Watkins added that teachers in those districts worked very hard to ensure their children succeeded. Many of the students they served had basic needs that were not being met.

"The meals they get at school are the only meals they will have in a day, and they are expected to reach the same academic level as students who are not dealing with the unknown. He is not realizing that there are different needs in these low-income schools, and that there is a reason why schools may not be an A or a B school," said Watkins.

The Governor's "Project Rocket" does inject $44 million for a 3-year pilot program designed to close the achievement gap, including grant funding and priority access to the Beat the Odds Leadership Academy.

Grant funding will be first-come, first-served opt-in model for 60 percent and free and reduced price lunch "C" schools and all "D" and "F" schools.

Districts will be given $150 per pupil award to implement proven turnaround strategies.