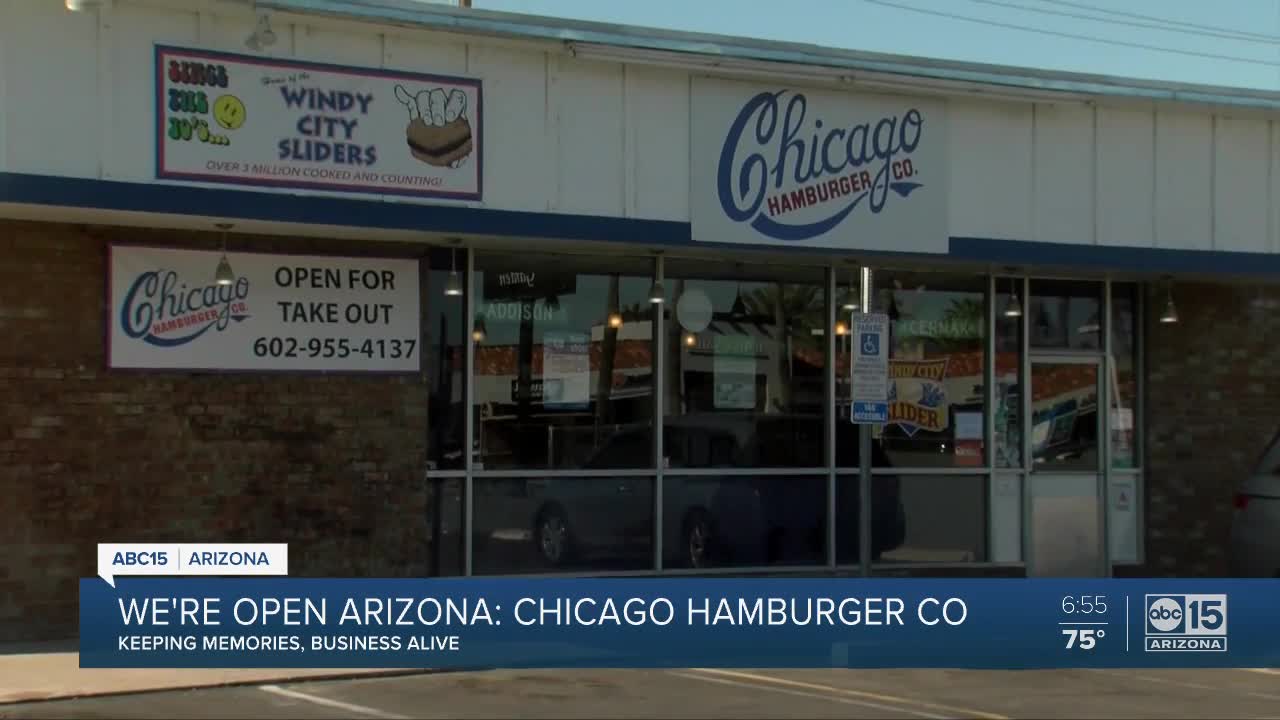 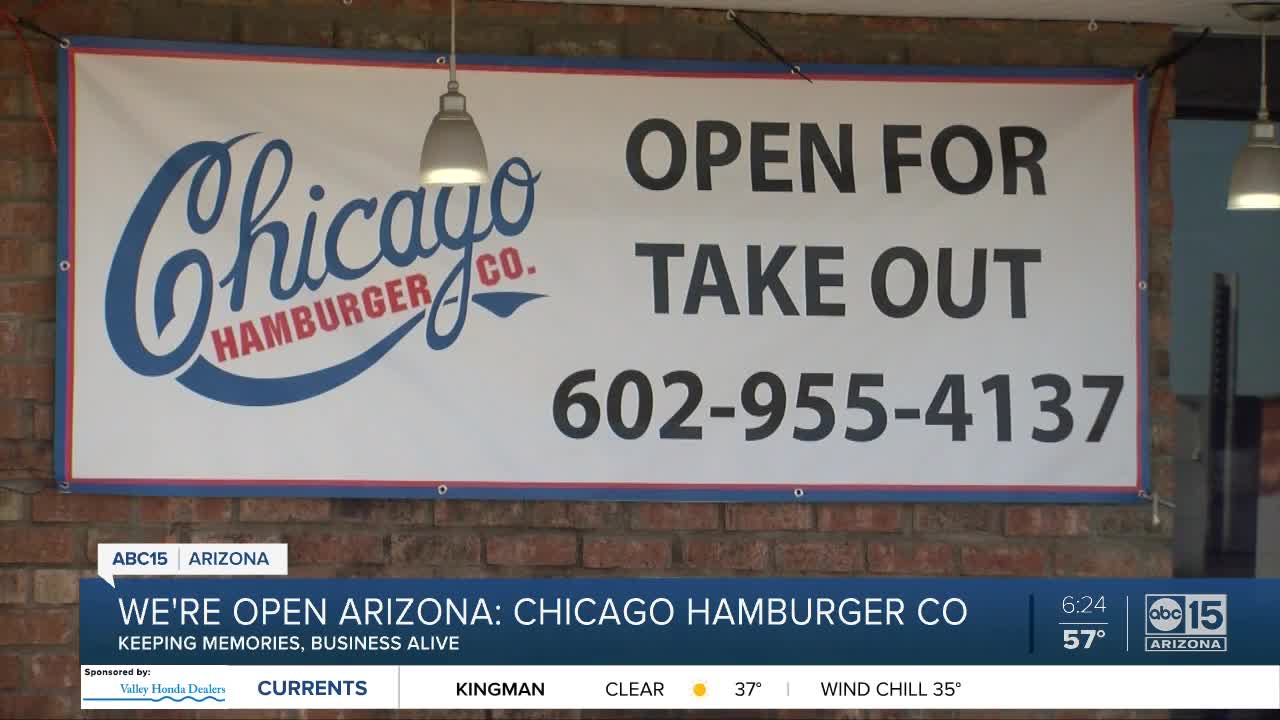 PHOENIX — As soon as you step in the door at Chicago Hamburger Company, you’re transported to the Windy City.

“My number one seller is the Windy City sliders. Little burgers about ye big, about ye big, that cook with onion mustard ketchup and pickles on them. Small number is 2 to 4 for an average appetite. Normally we sell about 400 of them a day," said owner Bob Pappanduros.

He bought the Chicago-style hamburger joint in 1989, which been a staple of the neighborhood near 38th Street and Indian School Road for more than three decades.

Like a lot of restaurants, he, too, has had to make some tough business decisions in order to keep his doors open and his employees working during the COVID-19 pandemic.

"Normally we would have salads, turkey. I had to pull those off the menu because we don’t sell enough of them and I couldn’t keep them fresh," he told ABC15 during a recent Zoom video call.

"Not only did I have to furlough most of my crew, but they are all restaurant families so their husbands or wives also have restaurant jobs and we’re also out of work. So it’s been tough on everybody, but fortunately I’ve got a great group of folks," he said, adding that he has since re-hired all of them.

It all happened so abruptly, but slowly he’s starting to see the light at the end of the tunnel.

“You asked me this a week ago, my gut was all in knots and I had no idea how we were going to get through this. The last three days, much better. I can live with this,' he said.

Food is a passion for Bob and the one thing that unites all Valley restaurants across the board is that he’s hopeful those who can, will continue lifting up the places that hold so many memories for all of us.

"I would tell anybody and everybody out there, we’re here, we’re coming to work, we’d love to cook for you. And not only us, but every other restaurant out there that’s doing the same thing. We’re all just trying to get by and get through this," he said.