Suspects sought after hitting police car, officer-involved shooting near I-17 and Dunlap Avenue 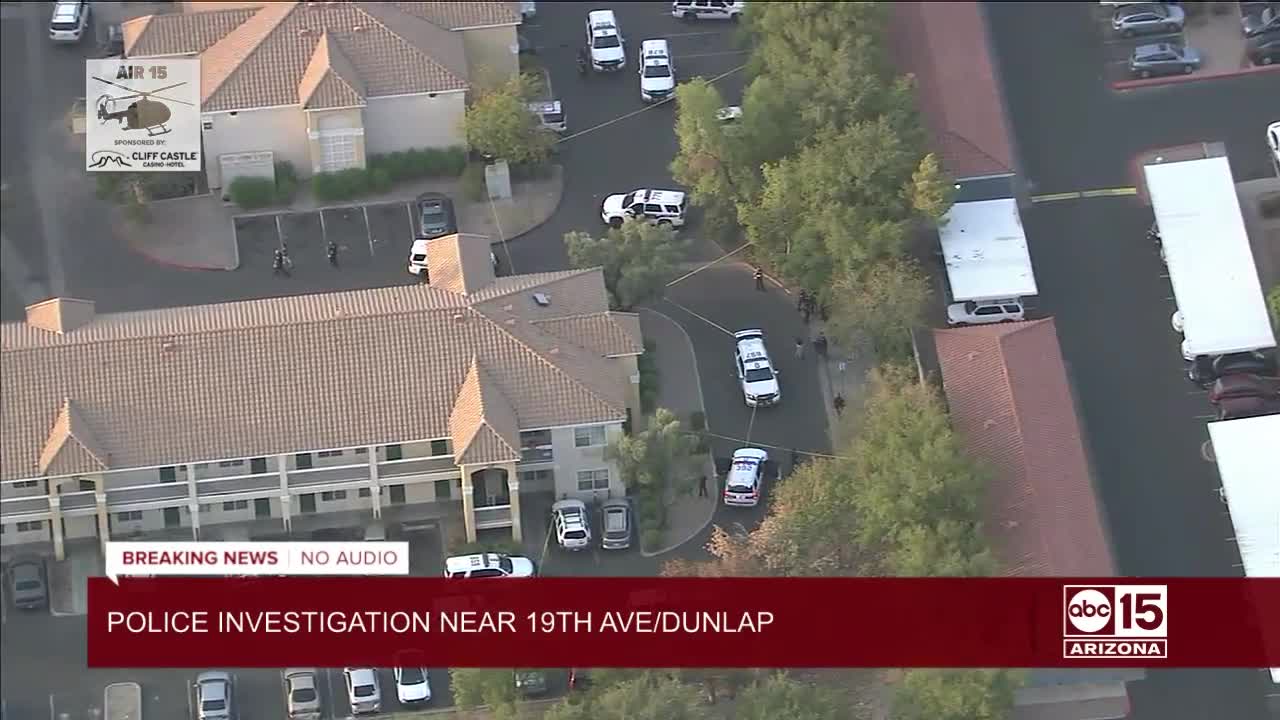 Phoenix police are involved in an investigation near 19th Avenue and Dunlap. 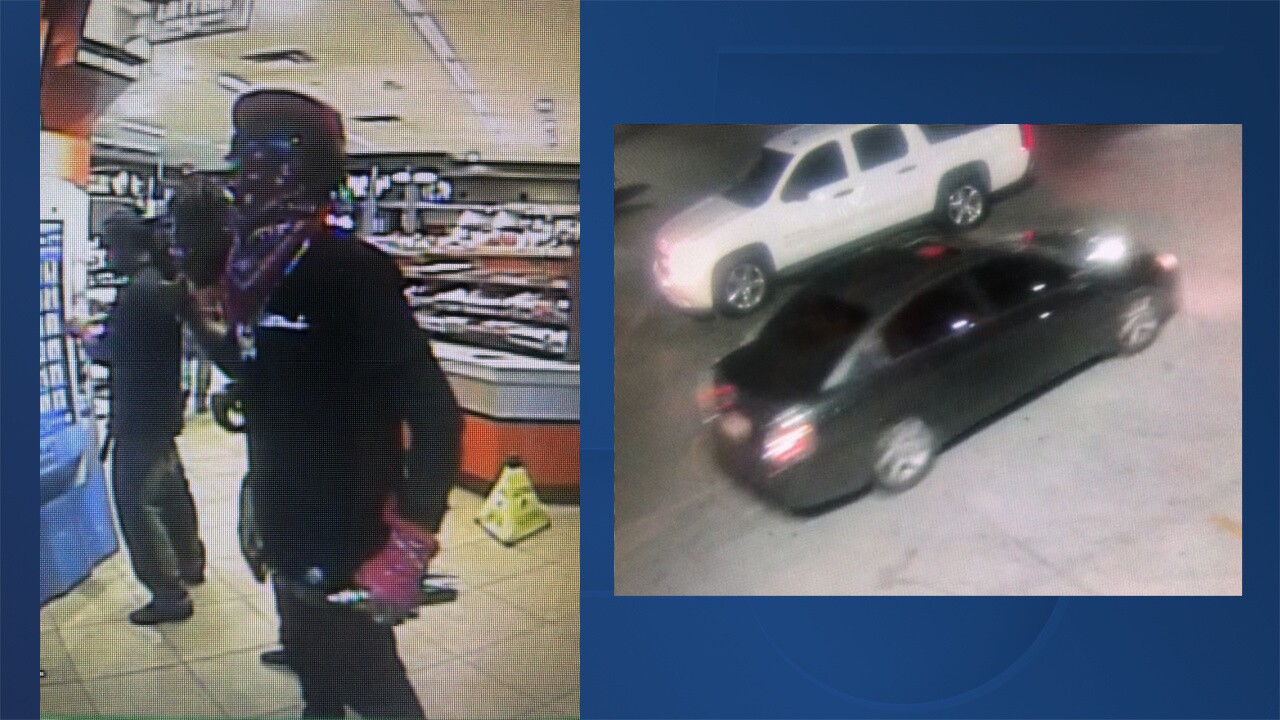 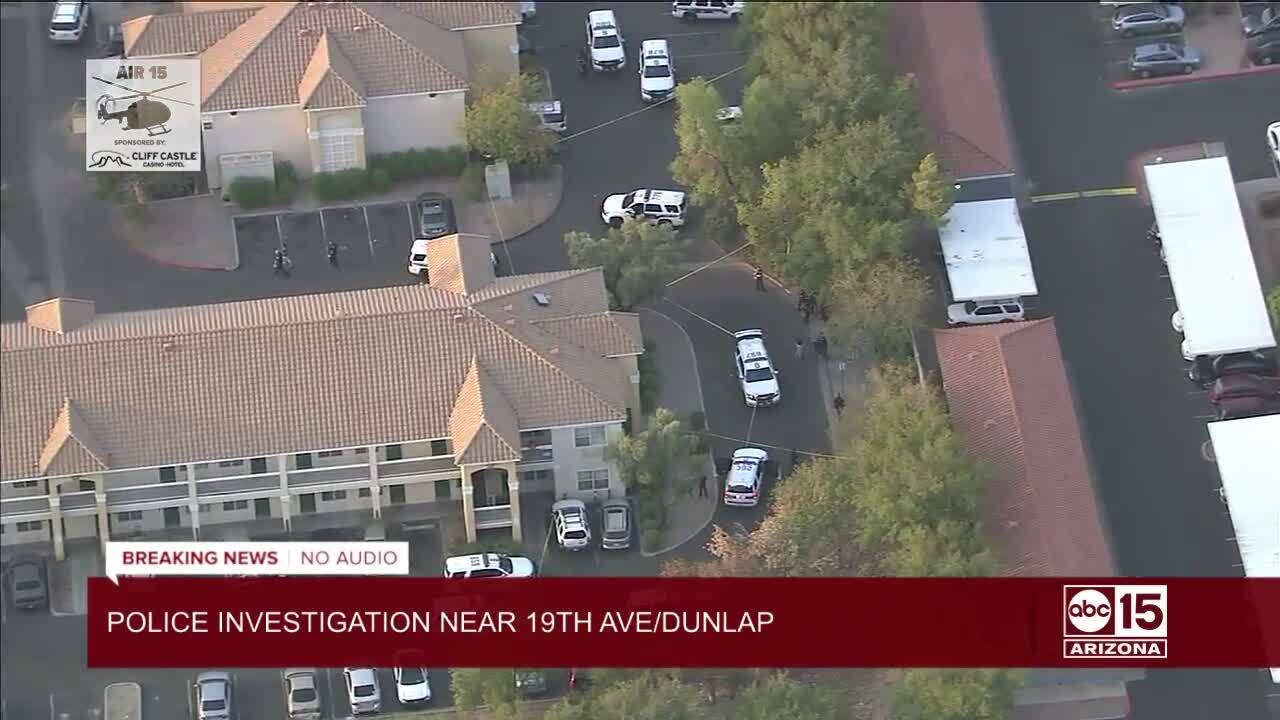 PHOENIX — Phoenix police are looking for suspects who attempted to hit an officer, prompting an officer-involved shooting on Monday morning.

The incident occurred near Interstate 17 and Dunlap Avenue after 6 a.m. when officers were doing patrols in a convenience store parking lot. They located a stolen vehicle, which then moved to another parking lot where officers attempted to make contact.

The suspect driver then reportedly drove at the patrol car's passenger door, which then struck a police officer. Fortunately, the officer only suffered minor injuries.

Officers shot at the suspect vehicle at the time of the collision, but the suspects are not believed to have been struck during the shooting.

A pursuit was initiated when the suspect vehicle drove off from the scene, but police lost visual. They were last seen on southbound I-17 near Indian School Road.

The vehicle in question is said to be a 2006 gray/silver Nissan Altima with Arizona plate "CVE6090."

Two people are believed to have been in the vehicle at the time. The suspect driver is said to be a man about 25-30 years old with a red bandana and black hat, but officers are working to complete a more specific suspect description soon.

No other injuries were reported, police say.

The officer who was injured has been on the force for a few years, but has not been identified.