Suspect detained in police shooting near 33rd Avenue and Washington 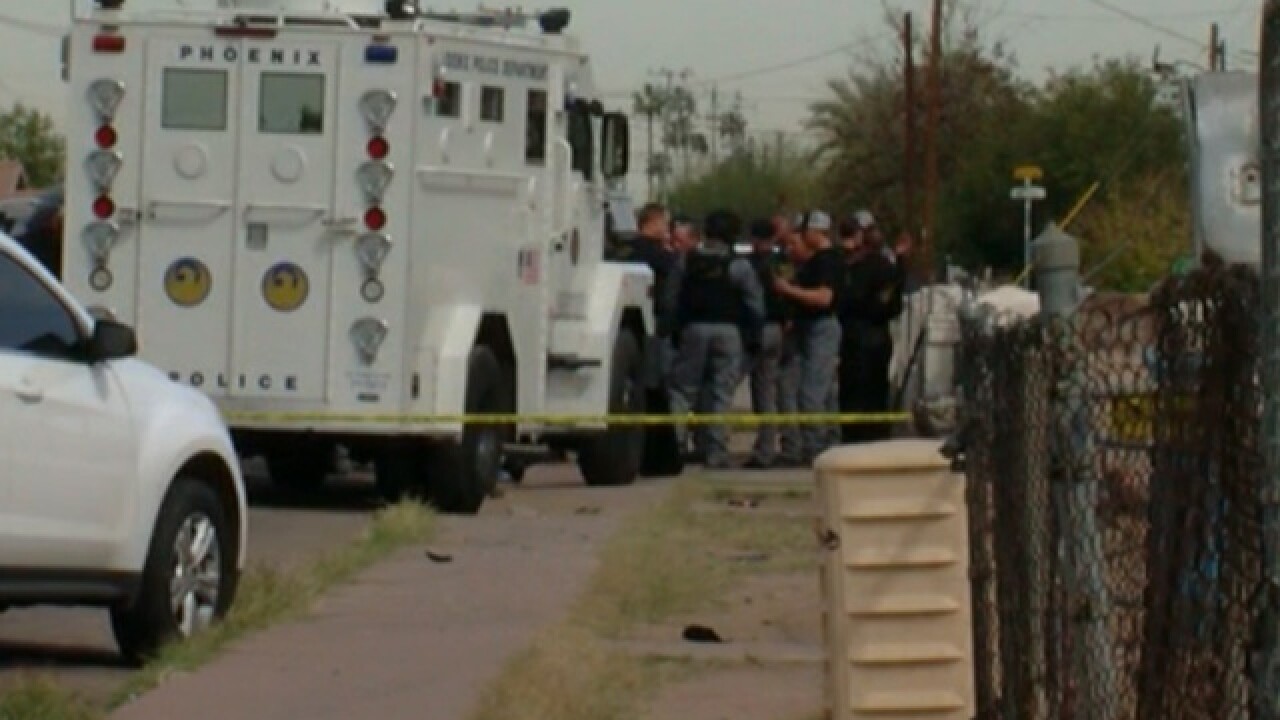 Phoenix police say a suspect has been detained after an armed carjacking and officer-involved shooting in Phoenix.

According to police, the incident began near 23rd Avenue and Buckeye Road on Wednesday morning. The suspect, originally wanted for a parole violation and accused of aggravated assault days ago, reportedly carjacked a driver while armed with a “long gun” after his vehicle became disabled.

Officers were able to take the man into custody in the area of 33rd Avenue and Washington Street after he collided with police vehicles. Shots were fired, however, police say the suspect was bitten by a K-9 and hit with non-lethal rounds. He is expected to be OK.

The suspect was left with non-life-threatening injuries and no officers suffered significant injuries.

The area is expected to remain closed for several hours for the investigation.