DPS trooper, 2 others injured in crash at I-17/Bethany Home 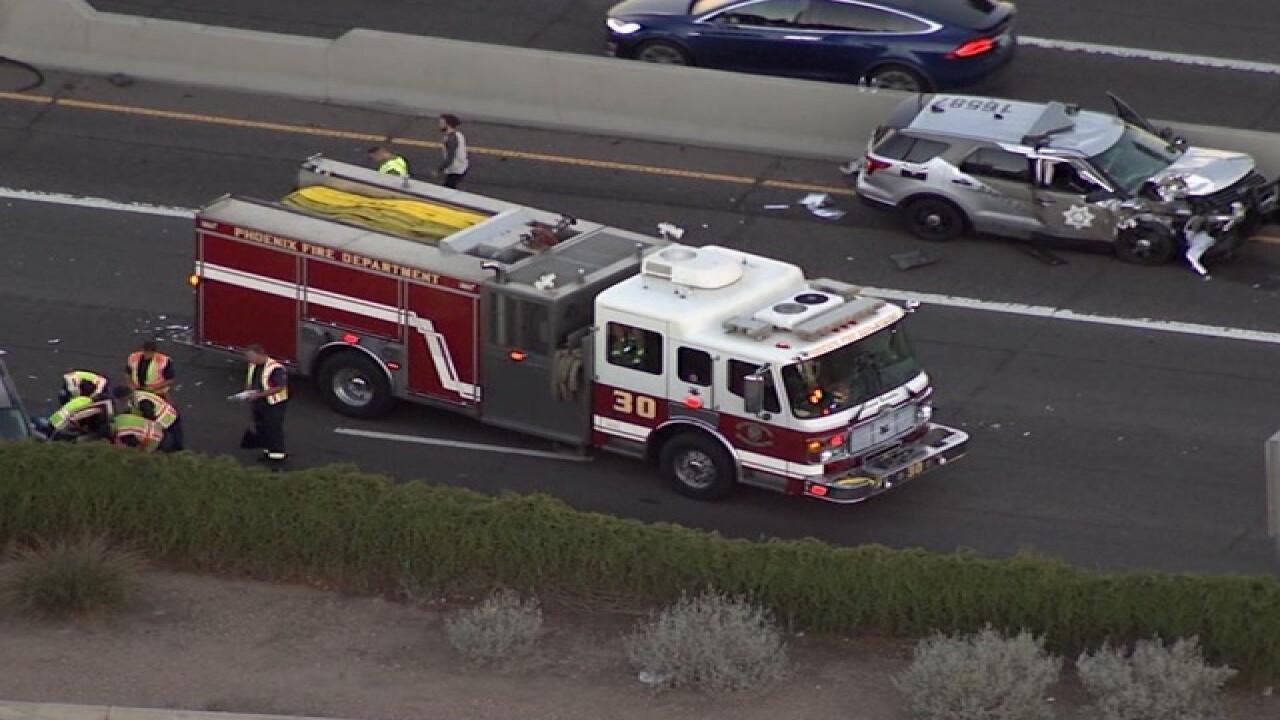 The southbound lanes of Interstate 17 at Bethany Home Road are back open after a crash on Wednesday evening.

The Arizona Department of Public Safety says a DPS trooper was injured in the four vehicle crash, but that trooper does have non life-threatening injuries. Officials also said a female prisoner that was with the trooper at the time was also injured, but not seriously.

It's unknown what caused the trooper to rear-end another car, A DPS spokesperson said. However, an investigation is ongoing.

Neither drugs nor alcohol appear to be factors in the crash. It's believed that all cars were driving the speed limit.