Small businesses in the Valley raising prices because of Prop 206 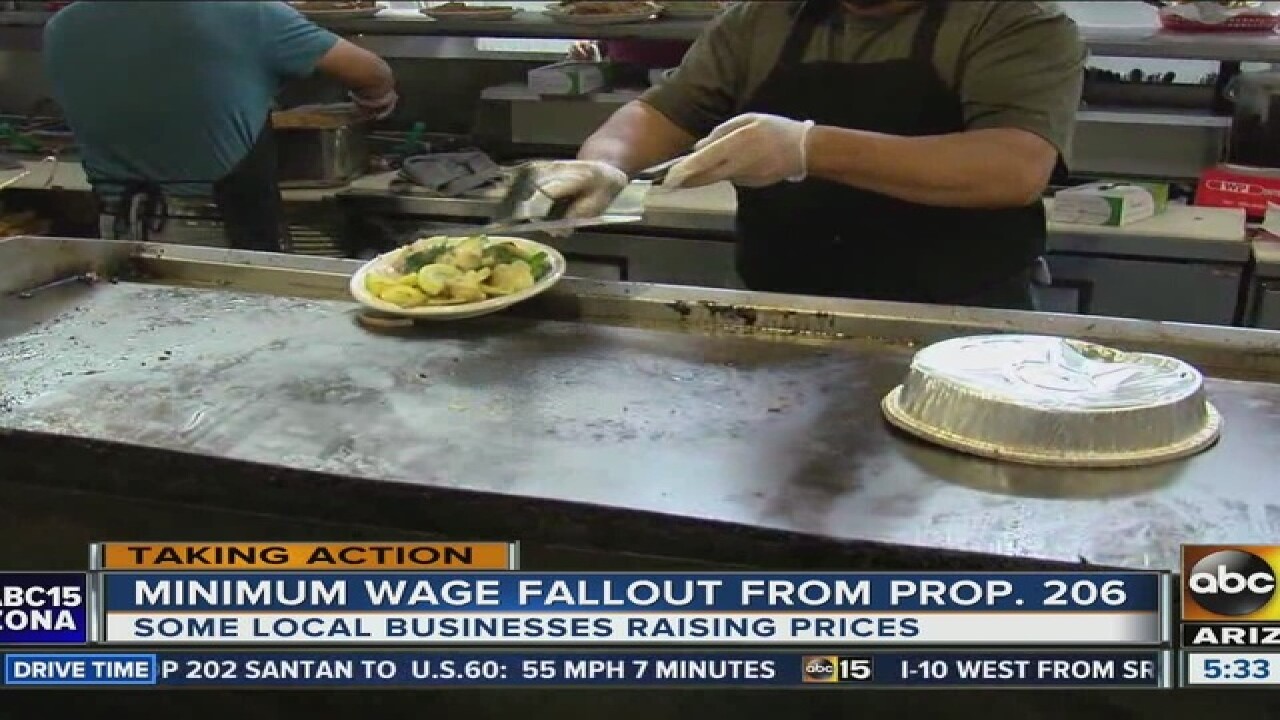 Consumers are paying more at valley restaurants and businesses -- in response to Prop 206.

CEO Keely Newman is the franchise owner of four Grabbagreen locations in Arizona. At her locations, customers are paying a Live Wage Surcharge. “This model is similar to what other states – particularly California - have done when faced with a similar hike in wages," said Newman.

The surcharge only applies to her four franchises in Arizona. “Prop 206 impacts us and any small business who is dependent on lower wage labor greatly," said Newman.

Newman said she had three options:
1. Close the doors (because we cannot afford to pay the additional dollars in increased costs).
2.   Raise the prices (risk upsetting customers).
3. Increase our per ticket price (Living Wage Surcharge) to cover the newly mandated costs.

"Grabbagreen does not want to raise any prices and this new law has put us – and every business – in a terrible situation," said Newman.

Newman says she chose the living wage surcharge because it was the most transparent and customers could easily see where the increase is going.

"We didn’t believe shutting down was the correct answer because there are so many people happy with having the choice to eat healthy versus poisonous foods elsewhere," said Newman. "The vast majority of our customers have been happy to pay the surcharge."

Keep It Cut salons also has had to raise prices.

The company has locations in Tempe, Phoenix, and Ahwatukee.

Owner Jacob Meltzer said initially he and his co-owner were worried about the new minimum wage, but they tackled the problem by raising prices for haircuts by a few dollars. So far, Meltzer says customers have seemed understanding but time will tell if they don't come back.

Meltzer was a supporter of Prop 206 -- even though it would cost his business more money. As an owner, he wants to make sure his employees can live off the wages they make.