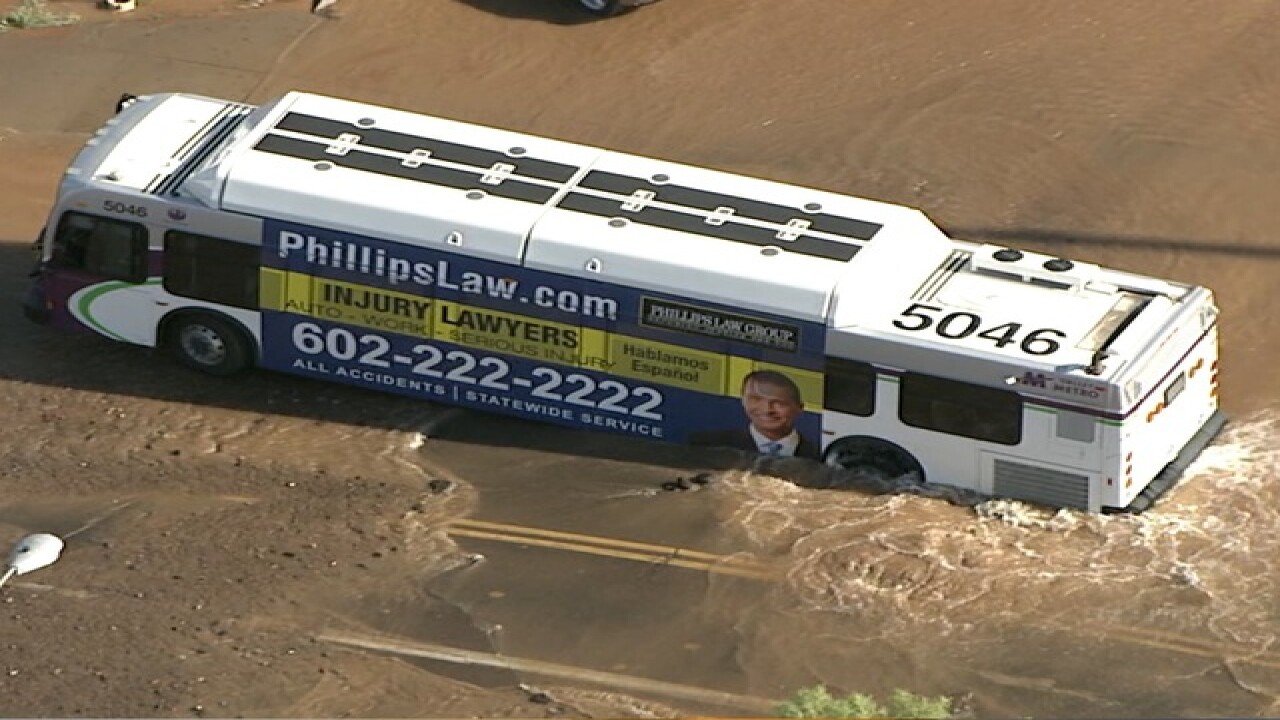 A city bus was stuck in a sinkhole at a busy Phoenix intersection for several hours Thursday, prompting a closure of the intersection.

There were no passengers on the bus, but there were at least half a dozen people stranded at the bus stop.

The bus was removed from the sinkhole and taken back to the yard, according to the city transportation department.

No injuries have been reported at this time.

Officials said the intersection will be closed through the weekend and asked drivers to avoid the area.