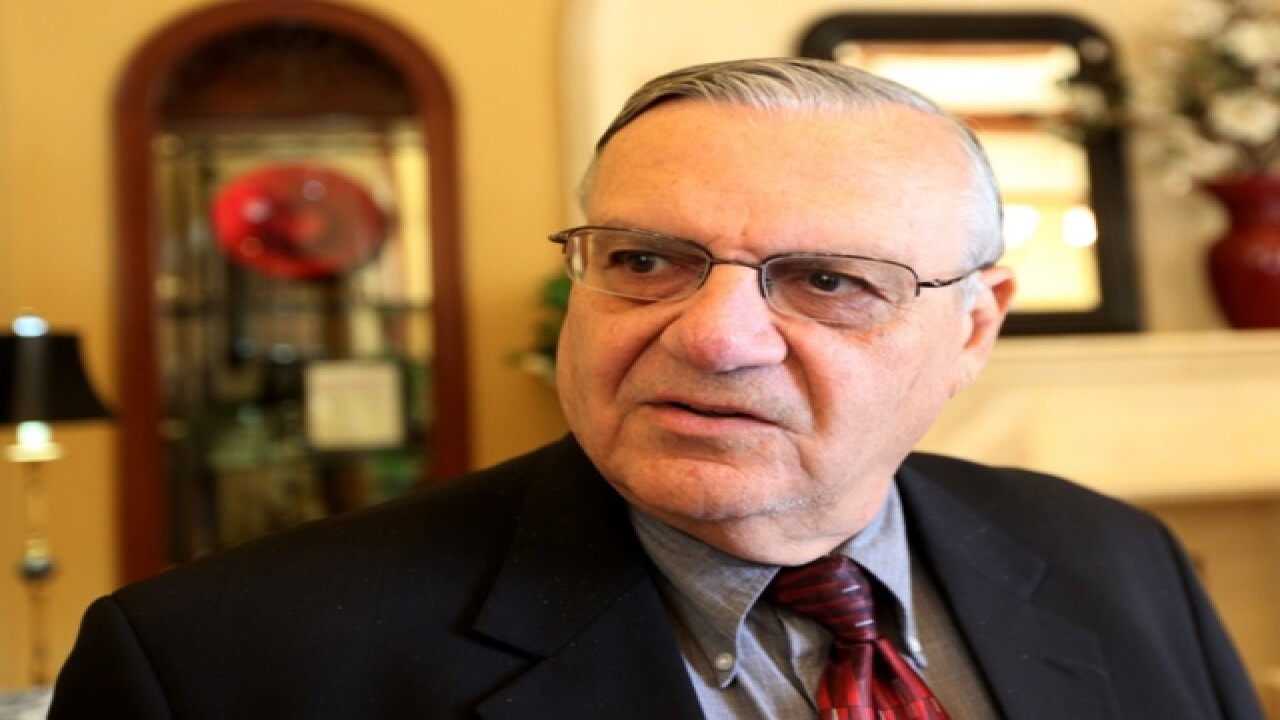 The announcement in federal court Tuesday sets in motion criminal proceedings against the sheriff just as he seeks a seventh term in office.

A judge previously recommended criminal contempt charges against Arpaio but left it up to federal prosecutors to actually bring the case. Prosecutor John Keller said in court that the government will bring charges, with the next step being a court filing that's akin to a criminal complaint.

Sheriff Arpaio released the following statement on Tuesday afternoon: "First and foremost, it is clear that the corrupt Obama Justice Department is trying to influence my re-election as Sheriff of Maricopa County. It is no coincidence that this announcement comes 28 days before the election and the day before early voting starts. It is a blatant abuse of power and the people of Maricopa County should be as outraged as I am."

Joe Arpaio releases statement after feds set to launch contempt case against him after disobeying orders to stop his immigration patrols. pic.twitter.com/M3skxdlyJr

Arpaio could face up to six months in jail if convicted of misdemeanor contempt.

Arpaio was told by federal judge Murray Snow to stop his immigration patrols amid allegations of racial profiling by Latinos.

Arpaio has acknowledged violating the order but insists his disobedience wasn't intentional.

A trail date was tentatively set for December 6, but Arpaio's attorney said the case will likely move much slower than that.

Judge Ann Bolton also agreed to allow the sheriff to waive a future court appearance for his arraignment.

"We will enter a plea of not guilty," McDonald said.  "There's no need to come down here. I appreciated the judge's gesture. I think that's the way to go about it."

A U.S. Department of Justice attorney told the court his agency will continuing to investigate the sheriff for possible obstruction of justice, which would be a more serious crime.

"I am confident they are not going to find anything. Let them investigate," McDonald said.

"No one is above the law, and today's announcement in court epitomizes the strength of the judicial system. The federal courts have been responsible and ethical in the oversight of these criminal violations by Sheriff Arpaio. I have utmost confidence that our voters will make the right decision to repair the damage that has been done to our community."
Copyright 2016 Scripps Media, Inc. The Associated Press contributed to this report. All rights reserved. This material may not be published, broadcast, rewritten, or redistributed.