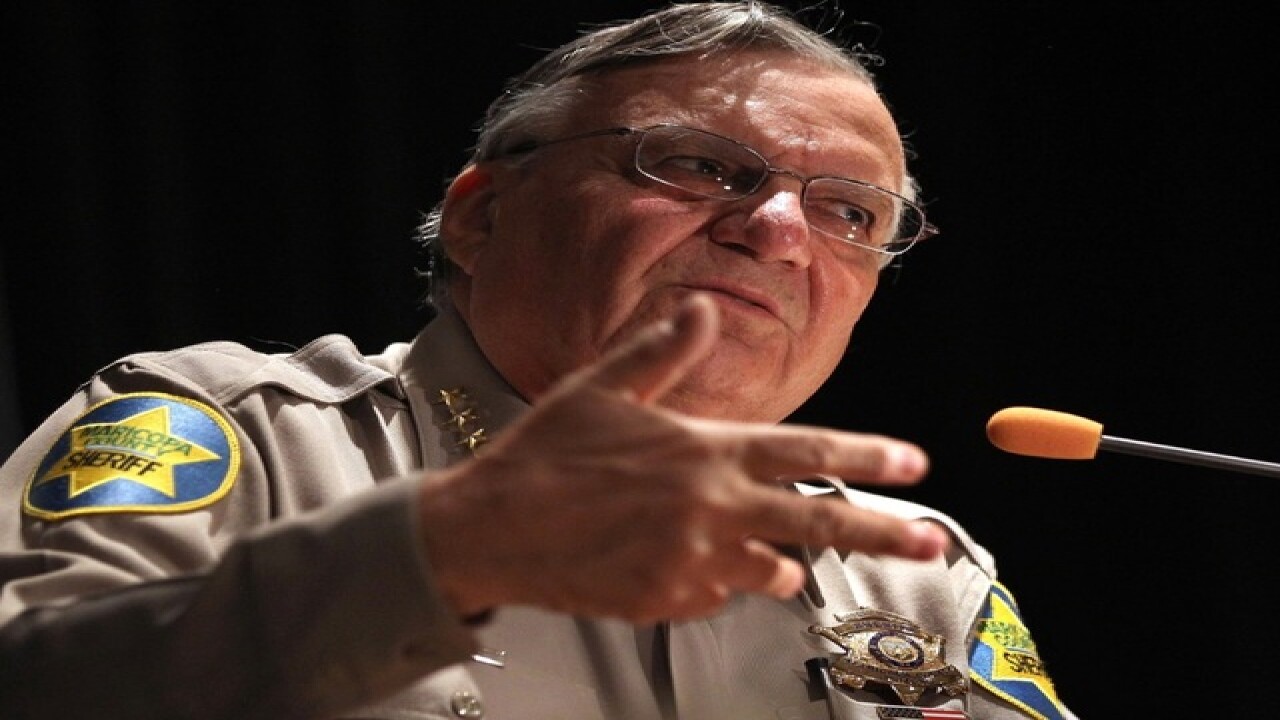 A judge has found the longtime sheriff of Maricopa County in civil contempt of court for disobeying his orders in a racial profiling case.

According to court paperwork, "In short, the Court finds that the Defendants have engaged in multiple acts of misconduct, dishonesty, and bad faith with respect to the Plaintiff class and the protection of its rights."

The decision Friday brings the lawman who calls himself "America's Toughest Sheriff" and is known for cracking down on illegal immigration a step closer to a possible criminal contempt case that could expose him to fines and even jail time.

It marks one of the biggest defeats for Arpaio and is expected to lead to greater court oversight of his office. The next step will be a hearing with the judge and Arpaio on May 31.

RELATED: Read all of the court documents here

"We have just received the Court’s Findings of Fact and various civil contempt findings relating to four individuals in Melendres v. Arpaio.  We have begun our reading and analysis of this lengthy document, and expect to file a responsive memorandum.  Despite disagreeing with some of the Court’s findings, the Maricopa County Sheriff’s Office will continue to work with the court appointed Monitor, the ACLU and Plaintiffs to comply with the Court’s Orders, as it has since January 2014."

I never hide from media, but my policy has been I don't talk about ongoing litigation.
Last wk. did not talk about 9th cir fed. victory.

How did we get to this point? It all started with a civil lawsuit filed against MCSO.

In May 2013, Snow found MCSO guilty of racially profiling Latinos during traffic stops. Snow issued a ruling and ordered sweeping changes to prevent it from happening again.

In 2015, Arpaio admitted he violated Snow's orders when he let his officers conduct immigration patrols for 18 months -- after MCSO was ordered to stop them.

Arpaio then launched a secret investigation into Snow and his wife in a failed bid to get him booted the case.

In their testimony during the evidentiary hearing, Sheriff Arpaio and Sheridan made multiple intentional misstatements of fact while under oath.

RELATED: Read all of the court documents here

"This is a great victory for our community today," said Latino activist Salvador Reza. "We want to thank all the people who have been fighting Joe Arpaio since 2007."

ACLA attorney Dan Pochoda said the federal judge made a "very important" finding. "It was not just an accident, negligence, 'Gee, we could have done more' which is the tact they [Arpaio and his lawyers] took," he said.

"The only part that is surprising - and Joe Arpaio's lawyers will be paying close attention to -  is the judge's finding that Joe Arpaio violated his orders intentionally," former U.S. Attorney Paul Charlton said. "That is the word prosecutors will look to when they determine whether Joe Arpaio committed a crime."

"Arpaio just manipulated used the system," former Maricopa County Supervisor Mary Rose Wilcox said. "It was a sham. We knew it. We knew he was doing it it all along, and to have Judge Snow call him on it is a tremendous decision."