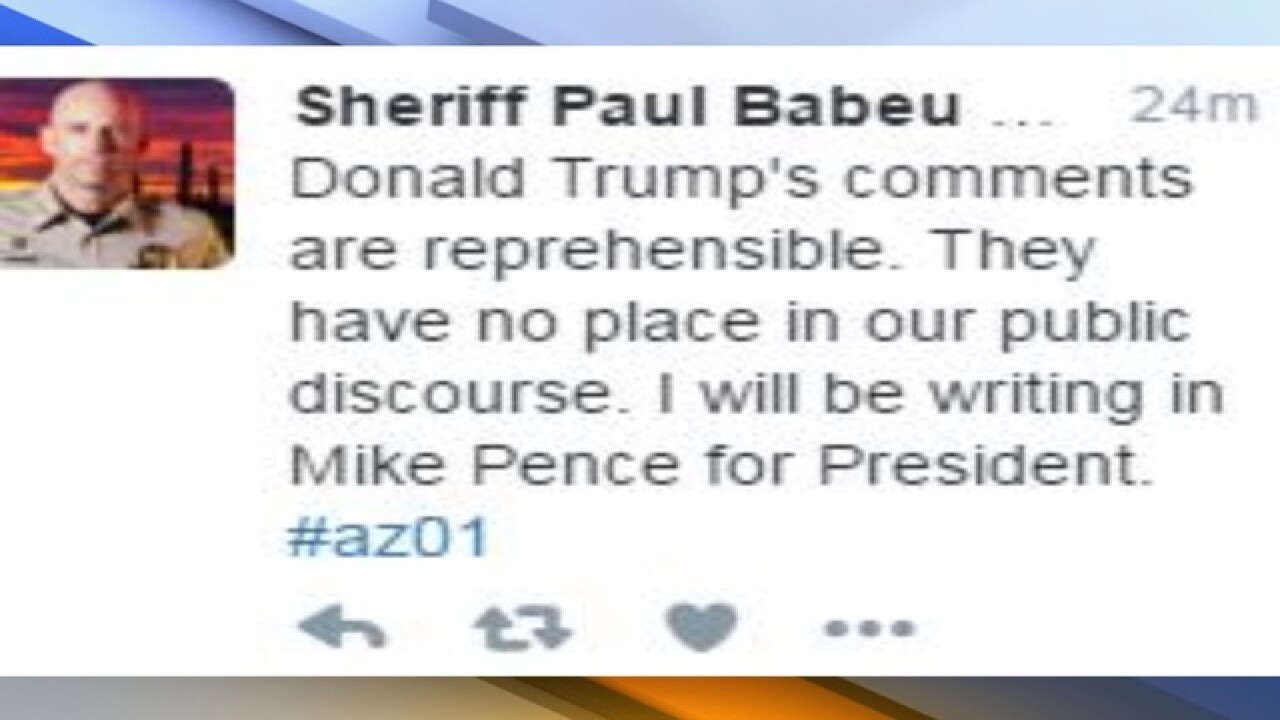 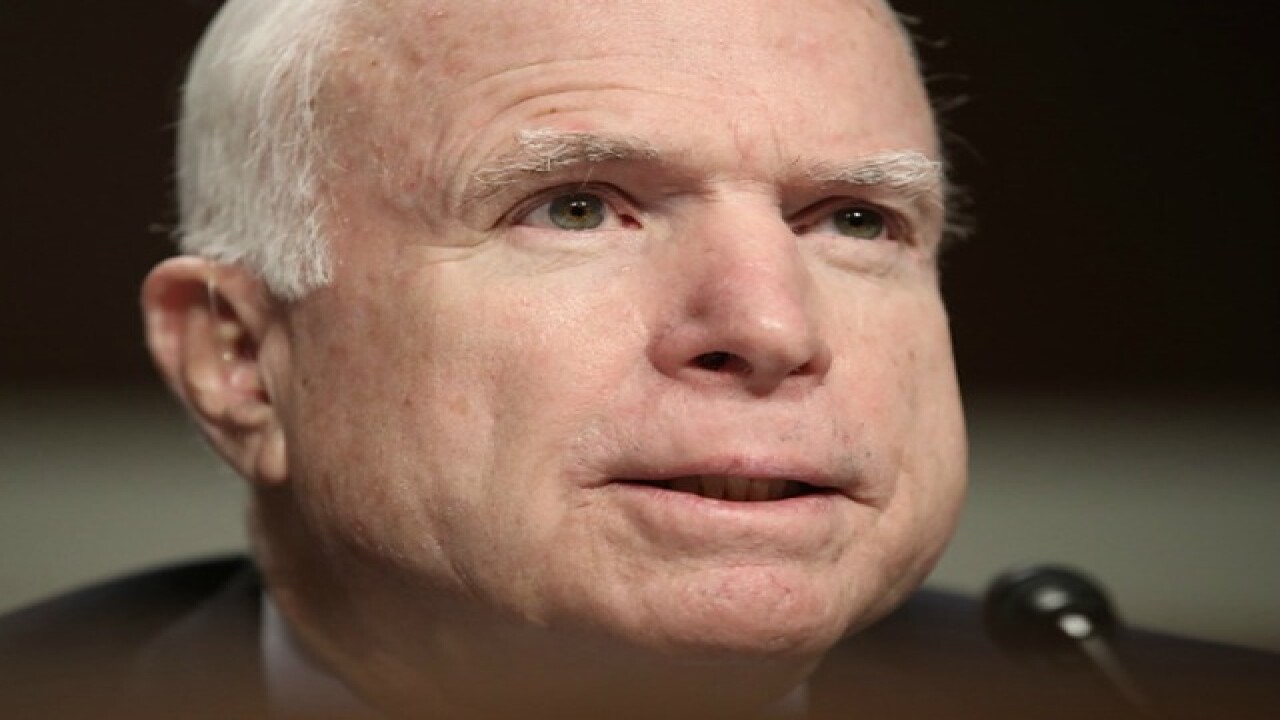 The Arizona senator said in a statement Saturday that both he and his wife, Cindy McCain, will not be voting for Trump in the wake of lewd comments he made in a 2005 video interview.

McCain says they will instead enter a write-in candidate, "some good conservative Republican who is qualified to be president."

McCain says there are no excuses for the GOP presidential nominee's offensive and demeaning remarks about women.

The senator criticized comments from Trump on several occasions but ultimately remained supportive.

McCain is running for re-election in November and locked in a tight race with Democratic Rep. Ann Kirkpatrick, who has called his recent statement "desperate."

"[McCain] has abandoned his principles and changed his positions whenever he thought it would help prolong his 33-year career in Washington. For more than a year, McCain stood by Donald Trump, pledging his support more than 60 times," Kirkpatrick said in a statement to ABC15.

Shortly after McCain's announcement, a tweet sent from Pinal County Sheriff Paul Babeu's Twitter page said, "Donald Trump's comments are reprehensible. They have no place in our public discourse. I will be writing in Mike Pence for President. #az01." But the tweet was removed from his page a few minutes later. Another statement was released hours later, saying the tweet was sent by staff without Babeu's approval.

"The comments by Donald Trump are insulting and terribly demeaning to women, and I disavow them 100 percent.  They are completely unacceptable. Angela and I have three boys and we work hard every day to raise them the right way and to have the utmost respect for women.  We should demand the same from our leaders, especially those who want to occupy the White House, the highest office in the land."