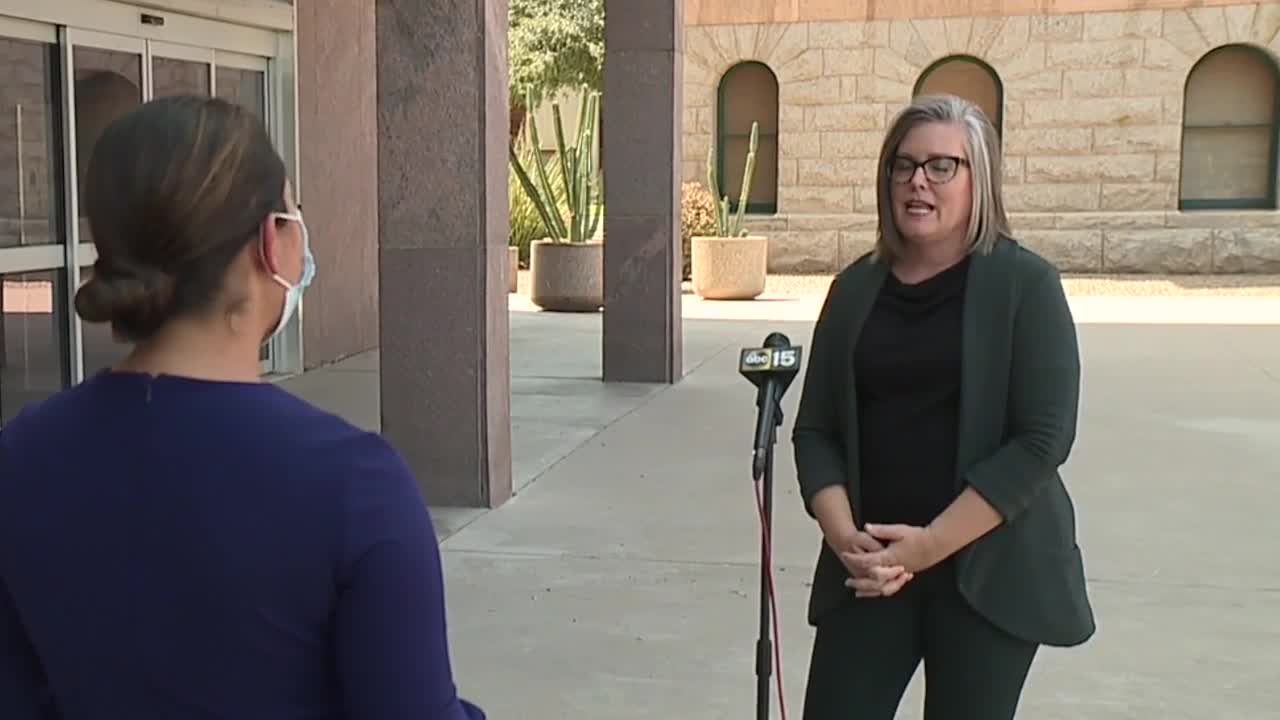 Arizona Secretary of State Katie Hobbs has released a statement addressing what she says are ongoing threats of violence toward her family and her office, and new surveillance video shows protesters even showing up outside her Phoenix home. 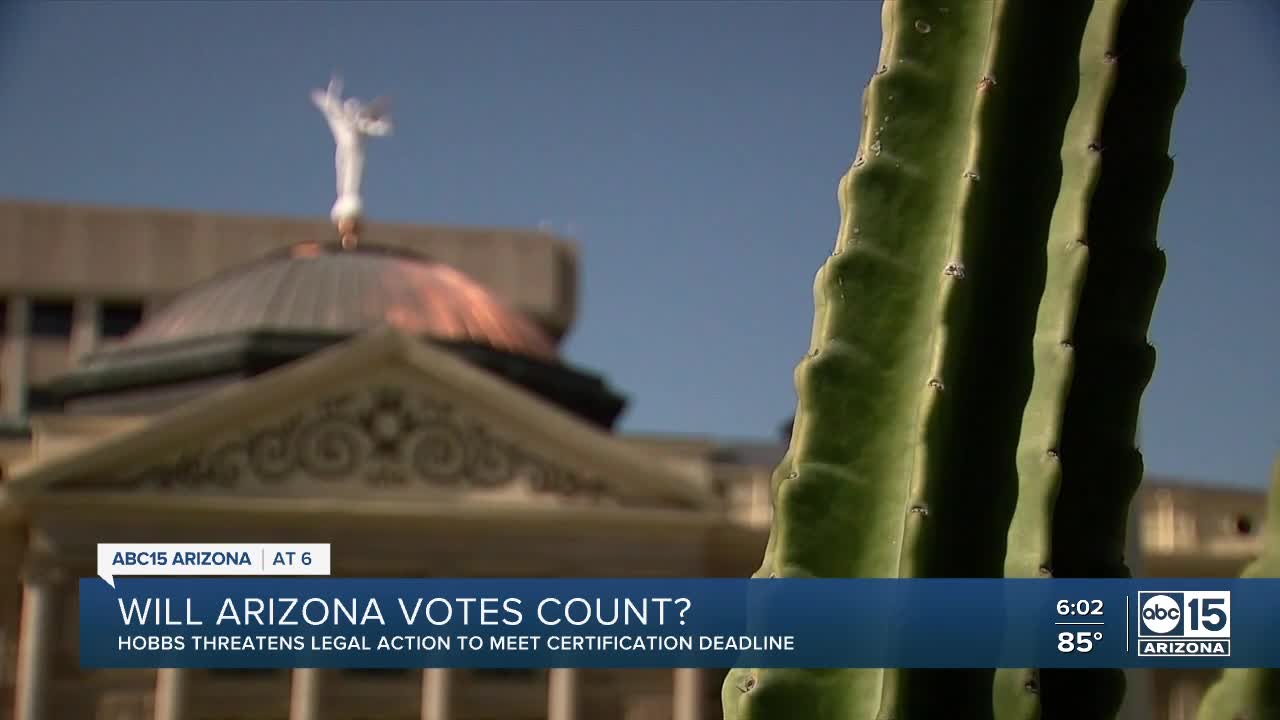 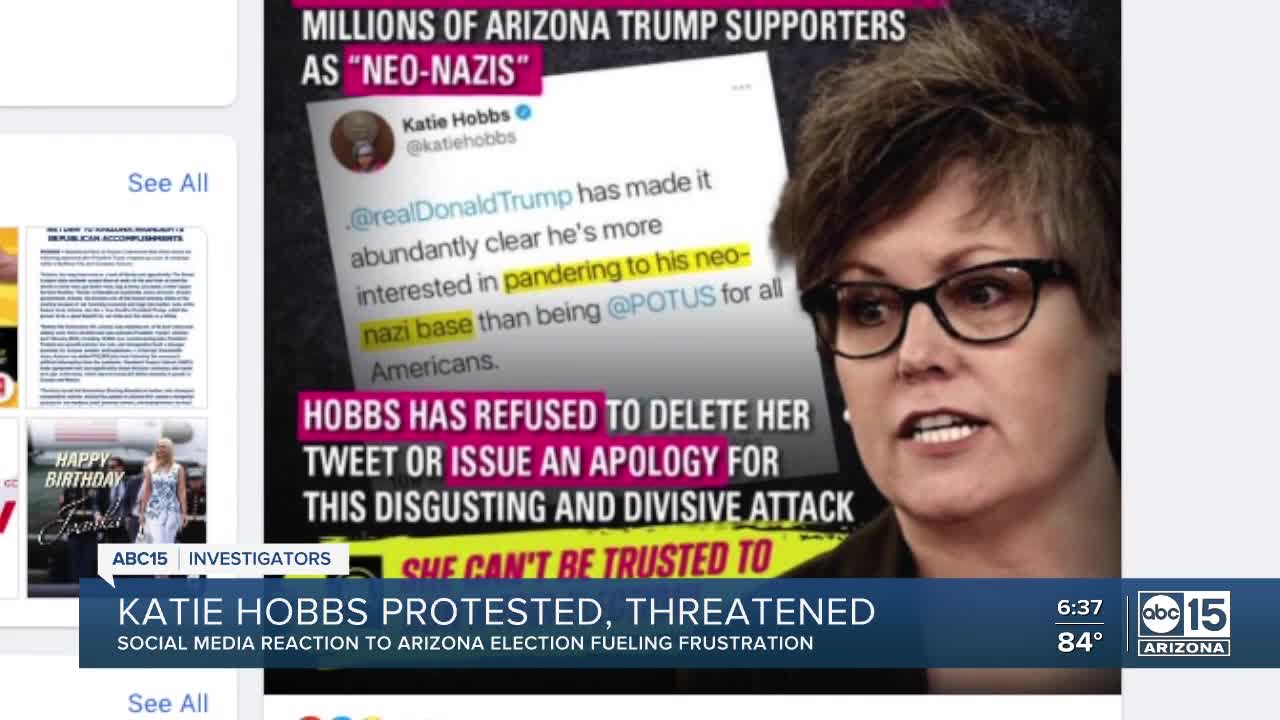 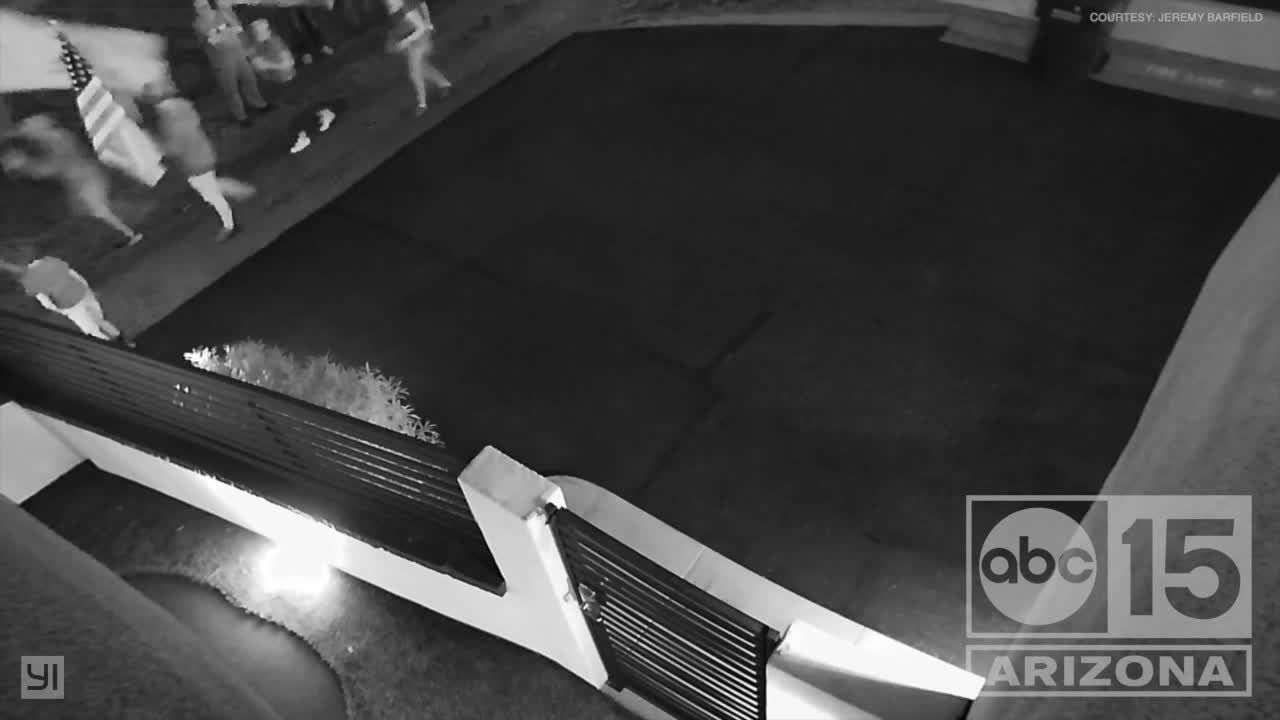 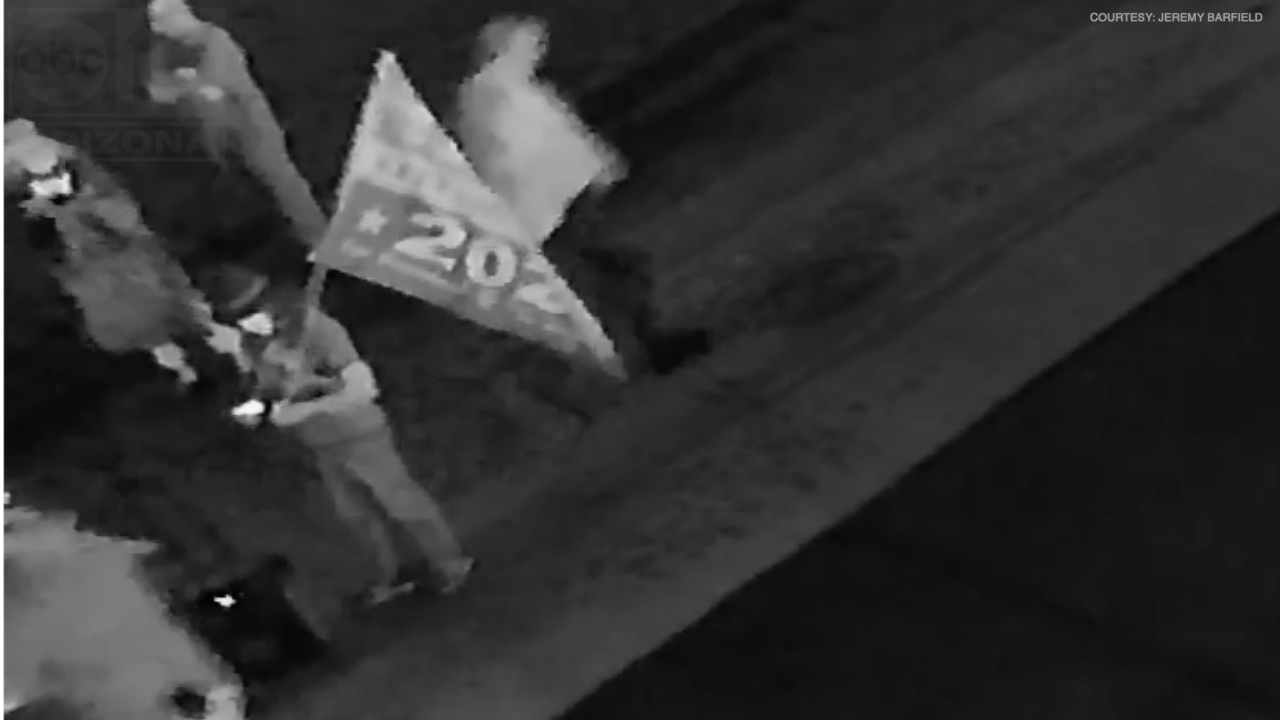 PHOENIX — Arizona Secretary of State Katie Hobbs has released a statement addressing what she says are ongoing threats of violence toward her family and her office, and new surveillance video shows protesters even showing up outside her Phoenix home.

The threats come amid ongoing unrest over Arizona's election results, with some making unfounded claims that there may have been fraud involved. Arizona is one of several states where President Trump's office has attempted legal action to challenge the results.

"Their continued intimidation tactics will not prevent me from performing the duties I swore an oath to do," Hobbs said in a statement released Wednesday. "Our democracy is tested constantly, it continues to prevail, and it will not falter under my watch."

Arizona Secretary of State Katie Hobbs released this statement in response to ongoing and escalating threats of violence directed at her family and her office. pic.twitter.com/SzsRxzvOl1

In surveillance video obtained by ABC15, protesters can be seen outside of Hobbs' north Phoenix home, playing music and chanting things like, "we want an audit." Watch the footage in the player below. *Warning: Video contains language some viewers may consider offensive. Viewer discretion advised.*

Phoenix police confirmed they did respond to a home in the area around 6:15 p.m. Tuesday after calls reporting a group of people in front of the residence. When officers arrived, the group was no longer at the scene, police said.

“They were yelling, 'Katie come out and play, we are watching you.' They’re chanting these things and they had kids with them," described resident Jeremy Barfield, whose cameras caught video of the group. "They’re taking photos on our property. It was, it was despicable, and the sad part is this was something that was organized. They organize this.“

Earlier Tuesday, Hobbs spoke with ABC15's Nicole Valdes regarding several previous threats received both online and at her office prior to Tuesday night's incident.

“I am in the position now of getting threatened on social media," she said. "I had to shut down a whole bunch of channels, we had to redirect our offices phone because every division of our office was being flooded with calls and not just people asking questions but people being abusive and harassing. Nobody here signed up for that.”

A joint statement released by federal and state officials last week described the presidential election as the “most secure in American history” despite calls from Trump’s campaign that the election was “stolen.”

Governor Ducey spoke Wednesday and said any threats toward any elected official or citizen are unacceptable. He also said he would work with Hobbs and make sure any additional law enforcement needed to ensure her safety will be provided.