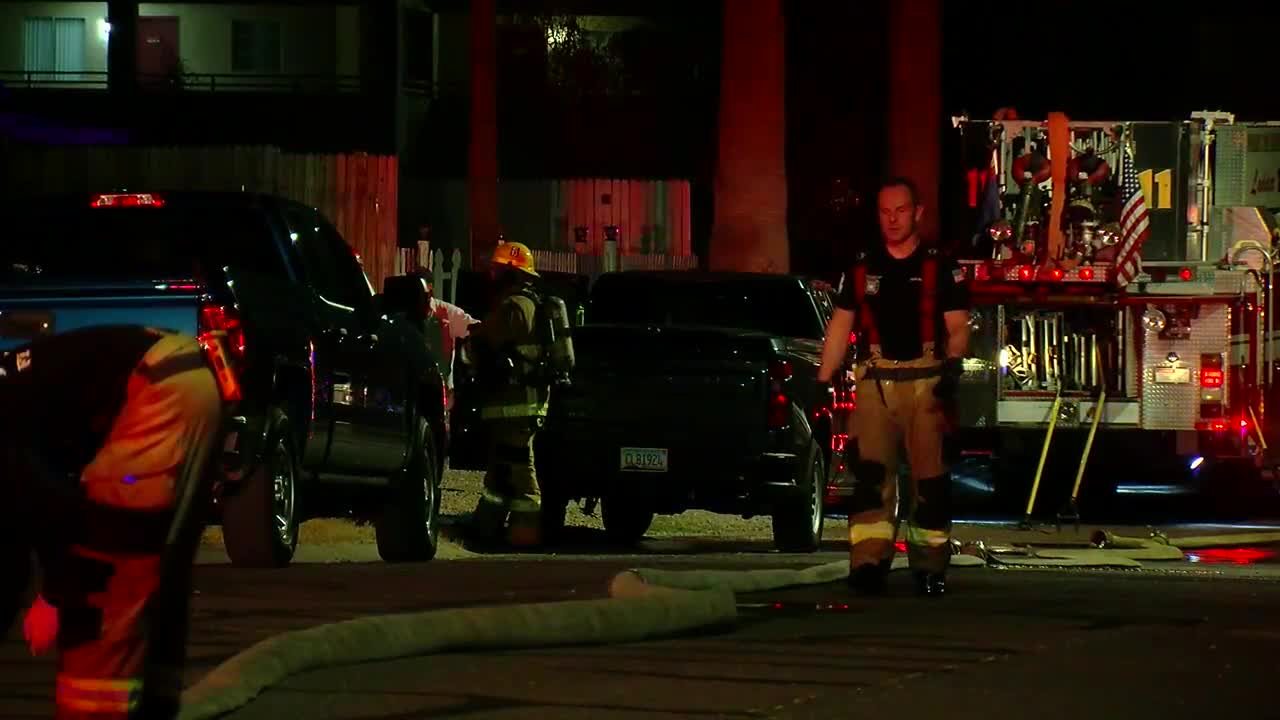 Fire crews were called to a fire in Phoenix near 52nd Street and Van Buren.

PHOENIX — Investigators are looking into the cause of a fire in east Phoenix.

Firefighters were called to a neighborhood near 52nd and Van Buren streets for reports of flames shooting from and RV.

When crews arrived they were able to make quick access to the back of the property where the single RV was sitting and put out the flames.

Neighbors reported that the trailer was occupied, but Phoenix fire officials say it's unclear if the resident was home at the time of the fire.

Authorities say there are no known victims and no firefighters were hurt.