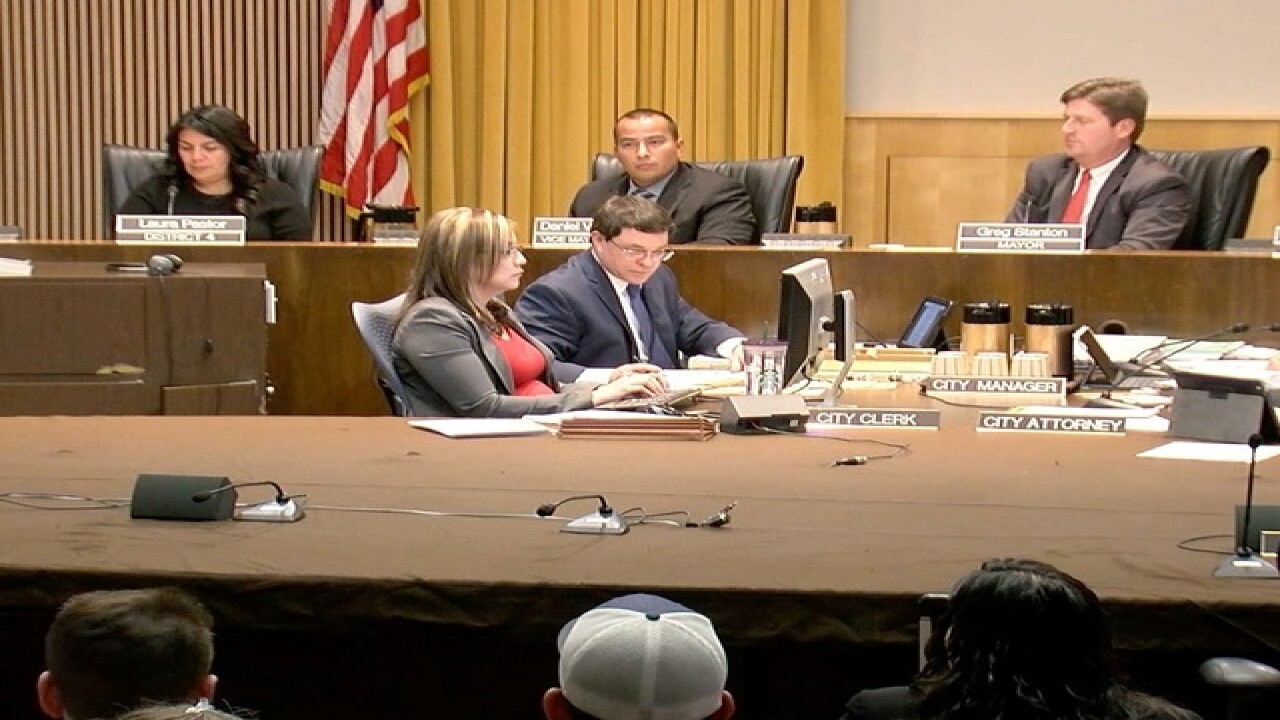 The Satanist prayer planned at a Phoenix City Council meeting in mid-February could be effectively blocked if council members vote to change prayer rules next week.

The rule change would require individual council members or the mayor to invite someone to deliver the prayer before a meeting. The political calculus is that no elected official would extend such an invite to a Satanist.

If that rule change is passed with an emergency clause, which requires a two-thirds majority, the rule becomes effective after 24 hours and would effectively cancel the planned February 17 Satanist prayer. That is, unless a city council member or Mayor Greg Stanton extends the prayer invite to the Satanists.

Current protocol calls for someone to simply request to deliver the opening prayer at a Phoenix City Council meeting. The Satanist Temple made such a request.

“We do not have any gods; we're not devil worshippers,” Satanist Temple member Stu de Haan said.

“We do not believe that Satan is an actual being, but that doesn't make it any less of a religion.”

He said the group requested the prayer so their voice could be heard along with other religions’ views.

Councilman Waring said Friday night that he is pushing for the rule change because he does not want his constituency to believe that he supported such a prayer.

Sal DiCiccio, Jim Waring and two other council members are submitting the change in hopes of altering the current practice.

DiCiccio said via Twitter that allowing Satanists to deliver the invocation was a "dumb idea" and wasn't about "diversity but about stupidity."

Another dumb idea by the City of #PHX. Satanists are set to deliver the invocation at the Feb 17th Council meeting. @CityofPhoenixAZ

Political correct PHX pushing satanist to speak at city invocation about to get pushed out. This is not about "diversity"but about stupidity

DiCiccio told ABC15 that the emergency rule will essentially stop the Satanist Temple from delivering the prayer.

"I think it's bad for the city of Phoenix," he said. "It's a distraction that makes a mockery of everything and if the mayor and others want them to come speak, they ought to put their name behind it."