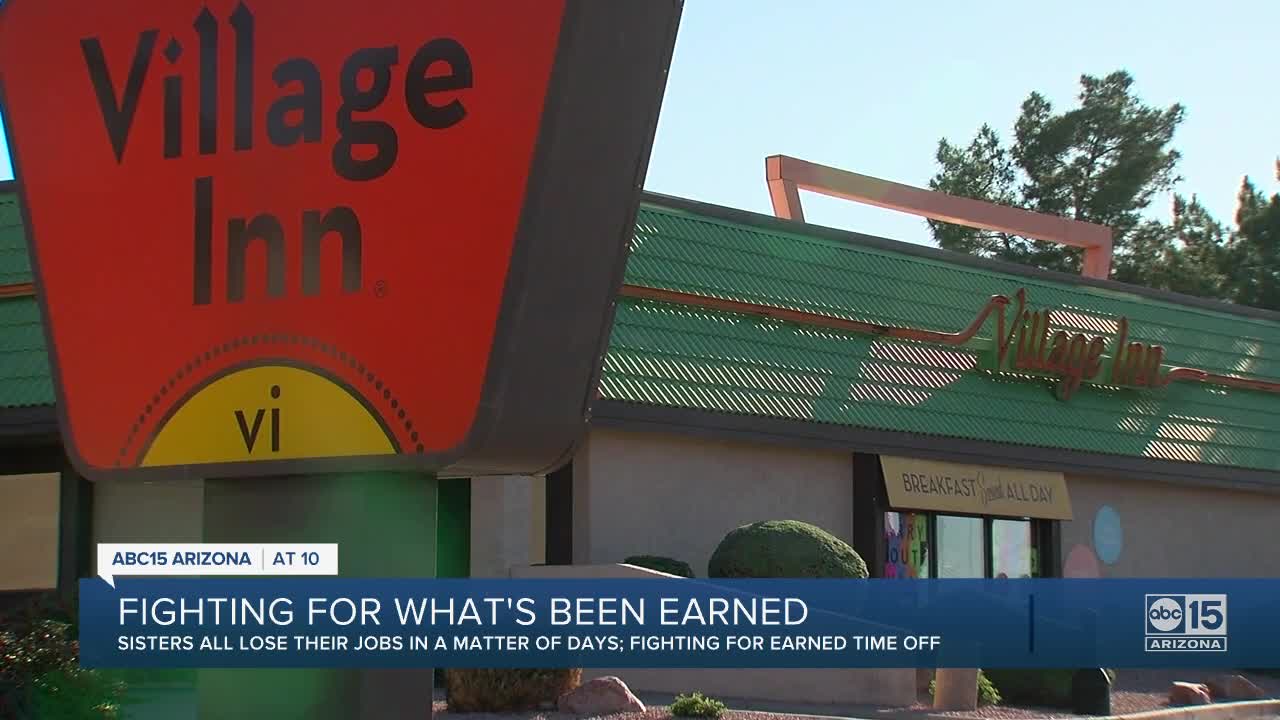 She has been a server with Village Inn for more than 30 years. Despite the decades of dedication though, the restaurant chain showing little compassion or concern as they refuse to pay the valley woman her paid vacation time, while she is currently unable to work. 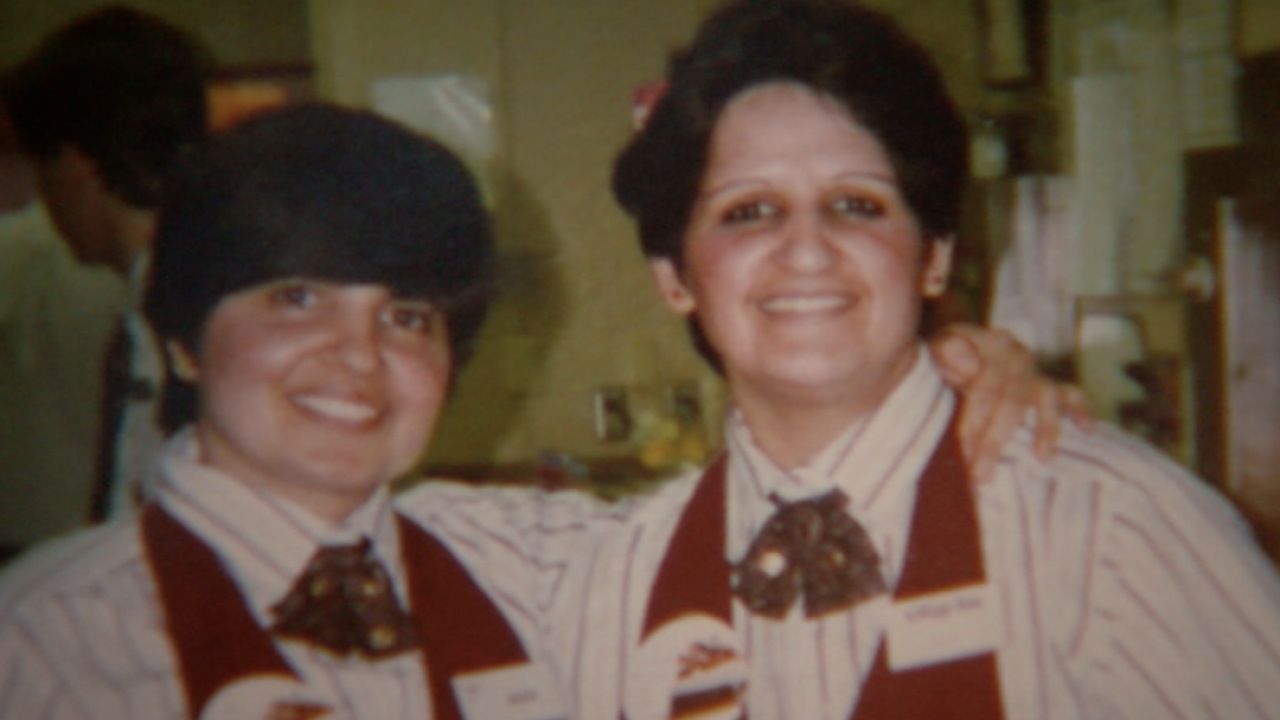 PHOENIX — Despite decades of dedication, a restaurant chain is refusing to pay a Valley woman her paid vacation time while she is currently unable to work.

"I love people. I’m a hard worker," said Lili Abedrabbo who has been a waitress with Village Inn since the 1980s.

Abedrabbo was told Friday the dining room was closing "for at least the next two weeks" due to the coronavirus pandemic. The restaurant would be staying open though for takeout and delivery orders.

In seconds, Lili and her sister-in-law Barbara, who also works at Village Inn, lost their household income. "We’ve got a problem. We’ve got no money coming in," said Barbara.

The family was in a dire situation. Their third sister, Nadia, had just been laid off after her restaurant closed permanently.

Lili had 119 hours of vacation time. She had been accruing time for years because she never took time off, not even for her parents' funerals.

The money was going to provide more than $1,000 to help the family get through the uncertainty of the next few weeks without work.

"So, I applied for my vacation. I saved it for a rainy day," said Lili.

Village Inn denied the request. "I’m gonna cry," said Lili, wiping tears from her face. "Now I don’t have money to help out my family."

"I’m just so disappointed in the lack of compassion and understanding," said Barbara, who was also temporarily laid off while the restaurant is closed.

"You can’t take care of the little guy that’s been serving your bacon and eggs?"

"I’m not asking for handouts! I’m asking for what I earned," said Lili.

The company is still doing delivery and takeout, but filed for Chapter 11 bankruptcy earlier this year.

A restaurant spokesperson later emailed ABC15 and said in part:

"...We have had to make many difficult decisions, including having to suspend vacation time...for all Village Inn employees - at every level of our company including restaurant staff, managers and corporate employees. In addition, it should be noted that that all accrued vacation remains in place. People are not losing vacation time. We are simply suspending its use during this crisis. We look forward to a return to normalcy as soon as possible while we navigate through this time."

In October, the company recognized Lili's decades of excellence with a certificate of appreciation.

"That’s my 30-year anniversary from Village Inn," she said, proudly holding the certificate. "I felt good."

On the certificate the company wrote, "Thank you for your commitment."

"Do you feel like they’ve given that back to you - that commitment?" asked ABC15. "No," she replied. "I’m very disappointed right now."

Like so many others the sisters are now filing for unemployment. They were also out applying for grocery store jobs Tuesday.