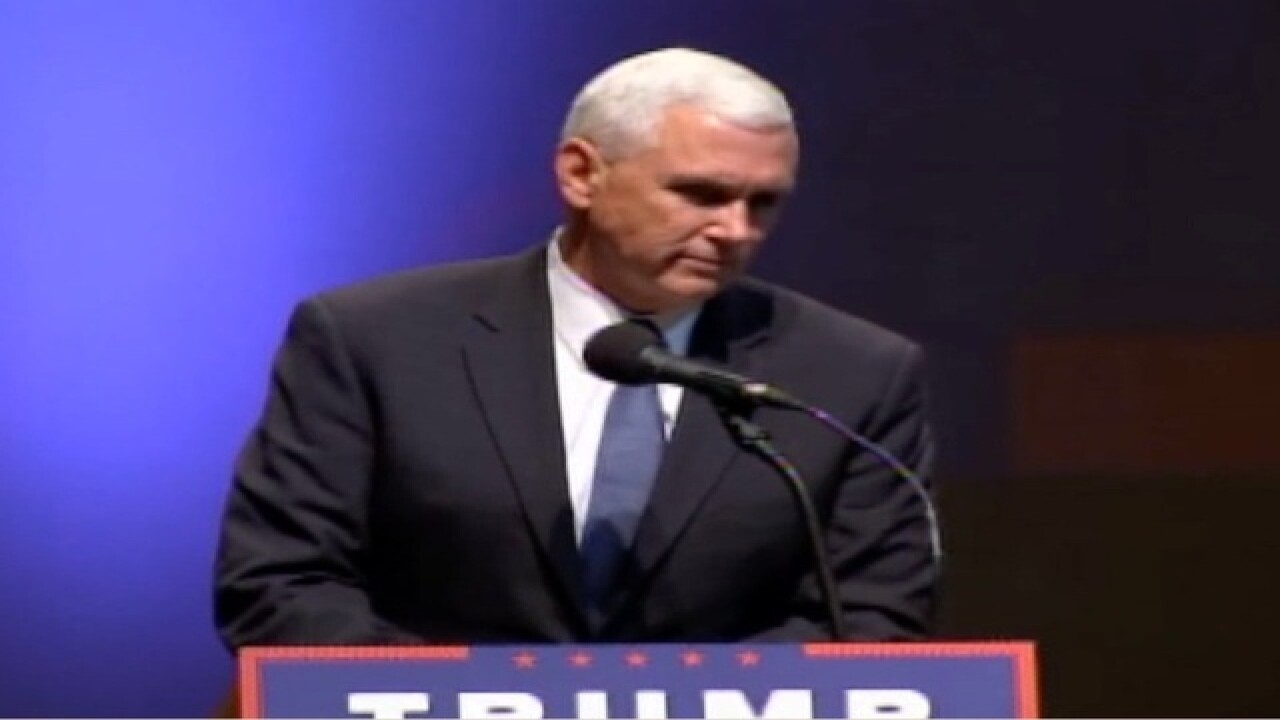 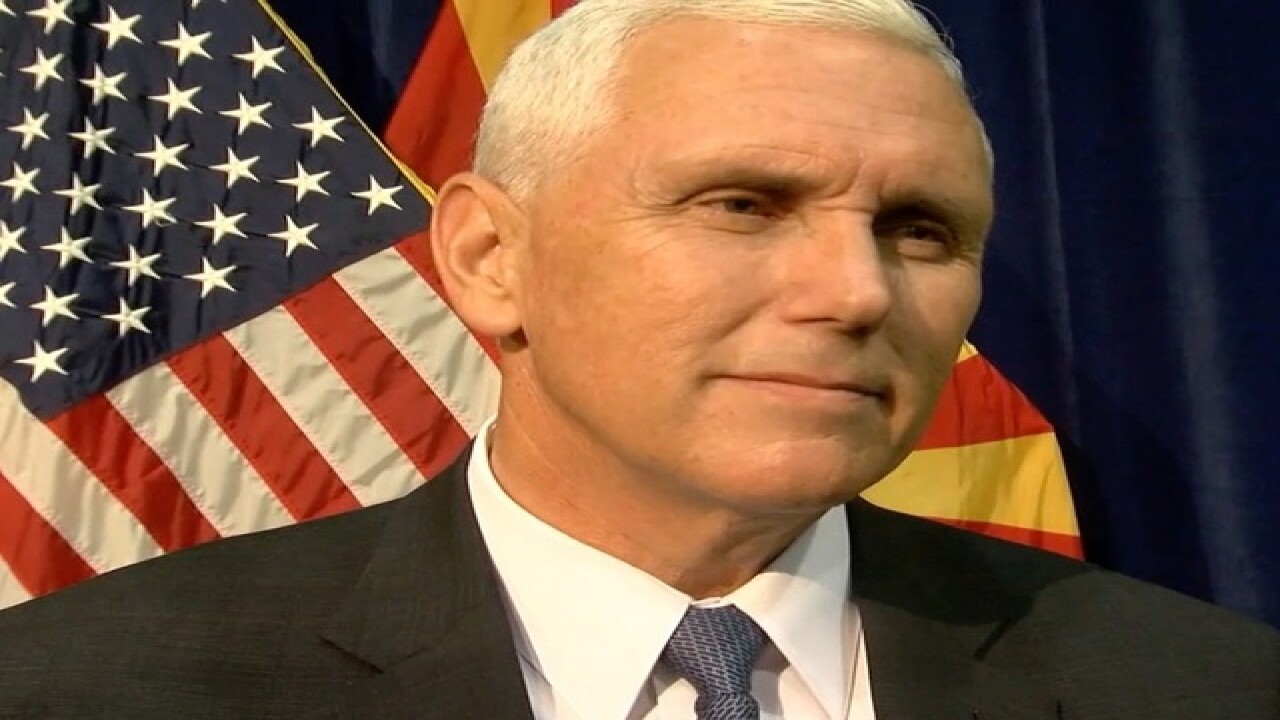 Pence spoke for about 25 minutes then took questions Tuesday after his appearance was delayed because of storms that flooded Phoenix-area streets and led to water rescues.

The Indiana governor also continued to drive home his talking point that a Hillary Clinton presidency would simply be a third term for President Barack Obama.

At one point during the rally, a man began to shout "Donald Trump is a racist." The few hundred supporters booed and drowned out the man's shouts with chants of "USA." Security then escorted the man out.

Before Pence took the stage in Phoenix, he met privately with Sen. John McCain (R-Arizona). Tensions between Trump and the senator boiled over Tuesday.

Trump said he wouldn't endorse McCain after he called out the presidential candidate for disparaging remarks against the parents of a slain U.S. soldier.

Pence said McCain has provided leadership throughout his career, and the vice presidential candidate was "absolutely willing" to work with McCain on foreign policy and anti-terrorism.

"[We] will rebuild our military, provide our soldiers with the resources that they need to confront radical Islam and terrorism at its source and be willing to destroy ISIS,” Pence said.

Pence sees his role in Washington, D.C., as a messenger between the White House and Capitol Hill.

In an exclusive interview, ABC15 asked Pence whether he ever cautioned Donald Trump to ease up on his harsh words to stop offending people.

Pence replied that he "couldn't be more honored" to be on the ticket. While some say Trump's hot-tempered language has a negative impact, Pence had a different perspective.

"The enthusiasm that I sense for his candidacy I think is reflected in the fact that Donald Trump has connected with the aspirations and the frustrations of millions of Americans like no president in my lifetime since Ronald Reagan," Pence said.