Report: Waymo is offering up free WiFi and music to better compete with Uber 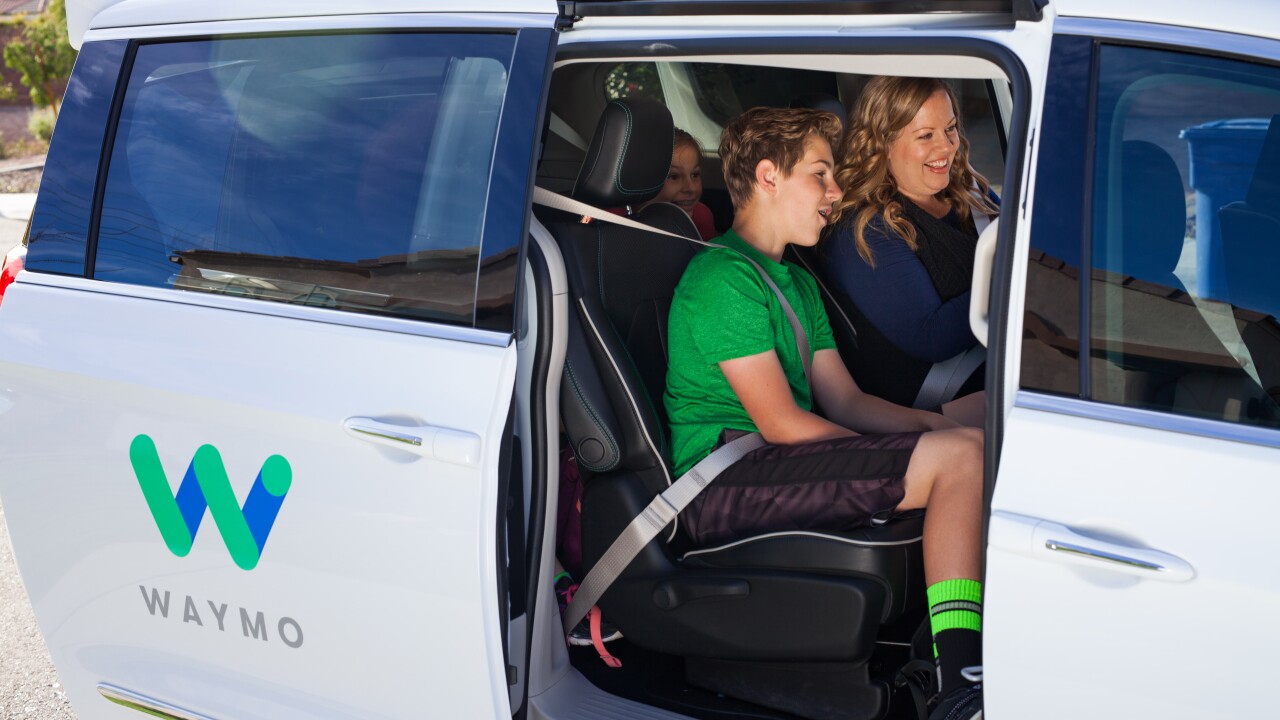 The Mountain View-based company is giving its riders access to ad-free streaming music from Google Play while they’re inside the car, and free WiFi, in case they need to work on their laptop while in transit, Reuters reports.

WiFi is being tested with a select group of riders, who agreed not to talk publicly about the feature, which is live in Phoenix, the company’s first test market.

Waymo is reportedly trying to differentiate itself by giving riders the exact same experience every time they call a car, with the same make and model, same amenities, air conditioning set to the same temperature fleetwide, and a safety driver who doesn’t speak to the rider.

Read more about Waymo from the Phoenix Business Journal.