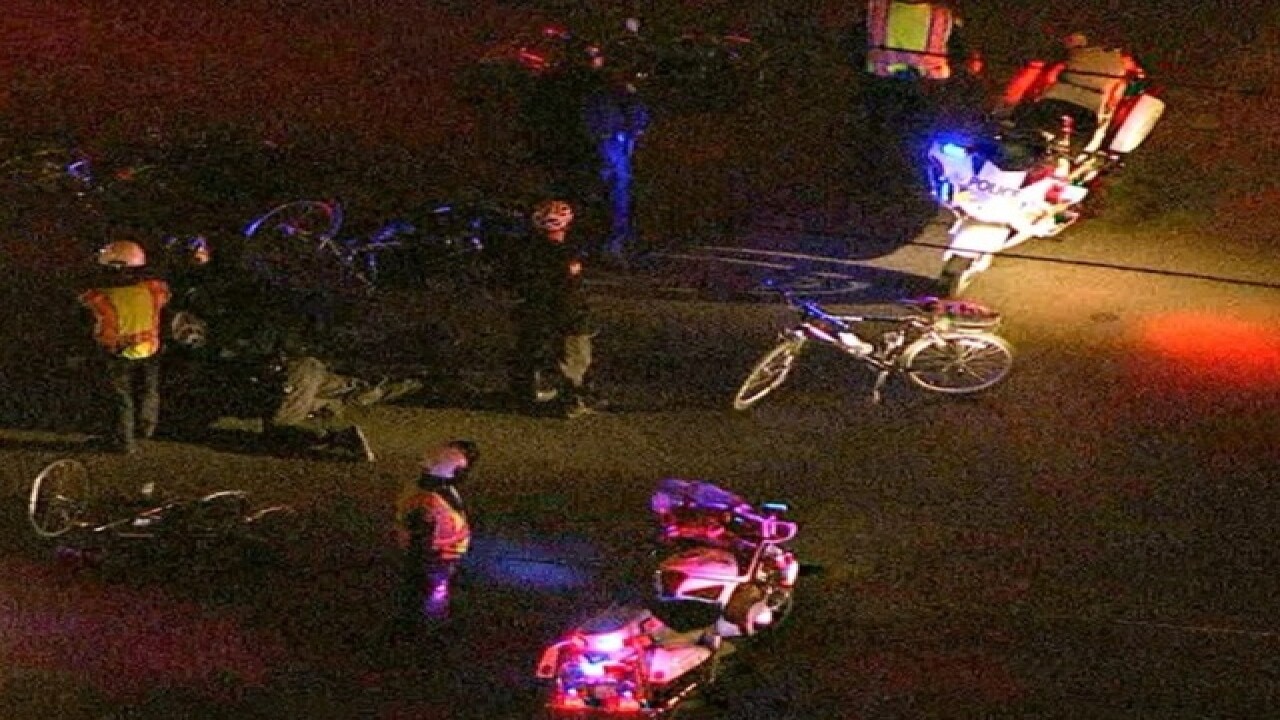 Air15 footage shows protesters being pepper sprayed as officers attempted to control the crowds in downtown Phoenix. One protester was chased down by officers and was tackled.

Three people have been arrested during the protests, two of which were arrested for throwing rocks at officers. Police have not said what the third person was arrested for.

The Phoenix Police Department says no injuries have been reported so far.